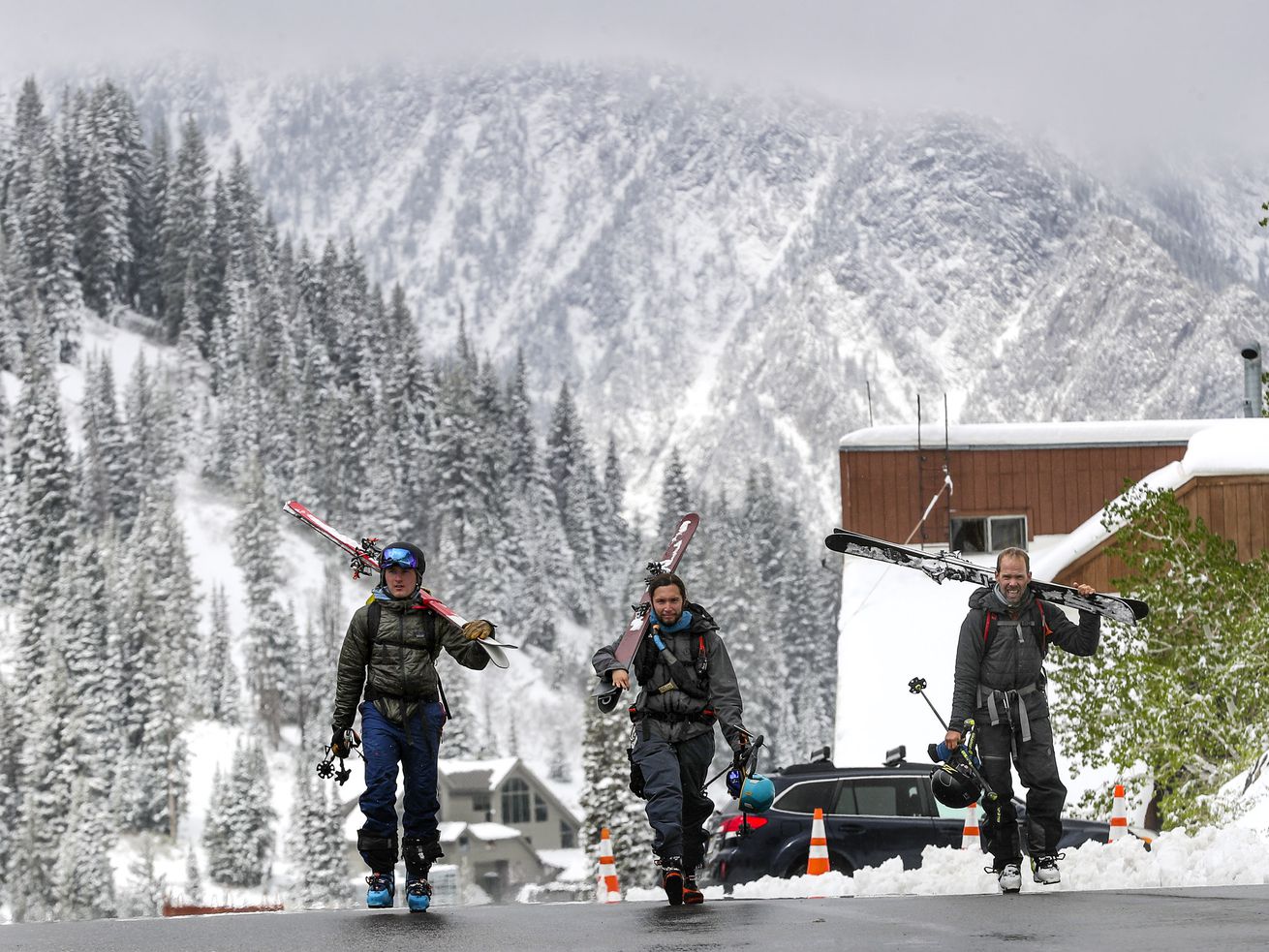 SALT LAKE CITY — Utah recorded a near record ski season despite having to shutdown weeks early due to the coronavirus outbreak.

Ski Utah reported this week that state ski resorts logged the fourth-best season on record, tallying nearly 4.4 million skier visits during the pandemic shortened 2019–20 season. According to a news release, a skier visit is calculated each time a skiing or snowboarding guest hits the slopes.

This season, the state’s ski resorts experienced the highest per-capita visitor expenditure. Despite that, analysts estimate the Utah ski industry suffered a revenue loss of $232.4 million as a result of premature closures as the novel coronavirus spread.

“Ending the ski season early in Utah was devastating for our ski resorts and for our community, but to see this abbreviated season still rank as our fourth highest visitation on record shows the strength of Utah’s ski industry,” Ski Utah President and CEO Nathan Rafferty said in a news release. “While Utah’s skier visits for the 2019–20 season were down 14.3% from the previous record 2018–19 season, skier visits were still up 2.4% from the 10-year average and experts believe that Utah ski resorts were likely on track for another record visitation number.”

He added that the record per-capita visitor spending resulted in the second highest direct economic impact of $1.55 billion. Data from the National Ski Areas Association indicated that the nationwide skier visitation count last week was on pace to be a top four all-time season for the U.S. as well, were it not for the early shutdown.

Not unlike the Beehive State, national skier visit numbers for the 2019–20 ski season — totaling 51.1 million — were down nearly 14% compared to the previous season. The report showed that 93% of U.S. resorts were forced to close early due to the pandemic, while other data indicated the average ski area was only open for 99 days this past season, a significant decline from the 121 day average during the 2018-19 season.

Rafferty said as many local resorts begin to move into the summer season, visitors should expect to experience “a new normal” that will likely include reduced capacities as well as new health and safety measures for resort activities.

Looking ahead to the upcoming winter season, Utah resorts are preparing to offer visitors more pass assurances, with a number of deferral programs, additional insurance and extended deadlines implemented to alleviate some anxiety for skiers and snowboarders who purchase season passes, he noted.

“Utah was poised to log a second record season in a row before resort closures began on March 14, one of the busiest check-in days of the season,” Rafferty said. “While it’s sure to look different next winter with new safety measures in place, I am optimistic that skiing and riding will be better than …read more

Private health insurance is in crisis

Washington Redskins will ‘review’ team name after pressure from sponsors

Walmart is converting its parking lots into drive-in movie theaters