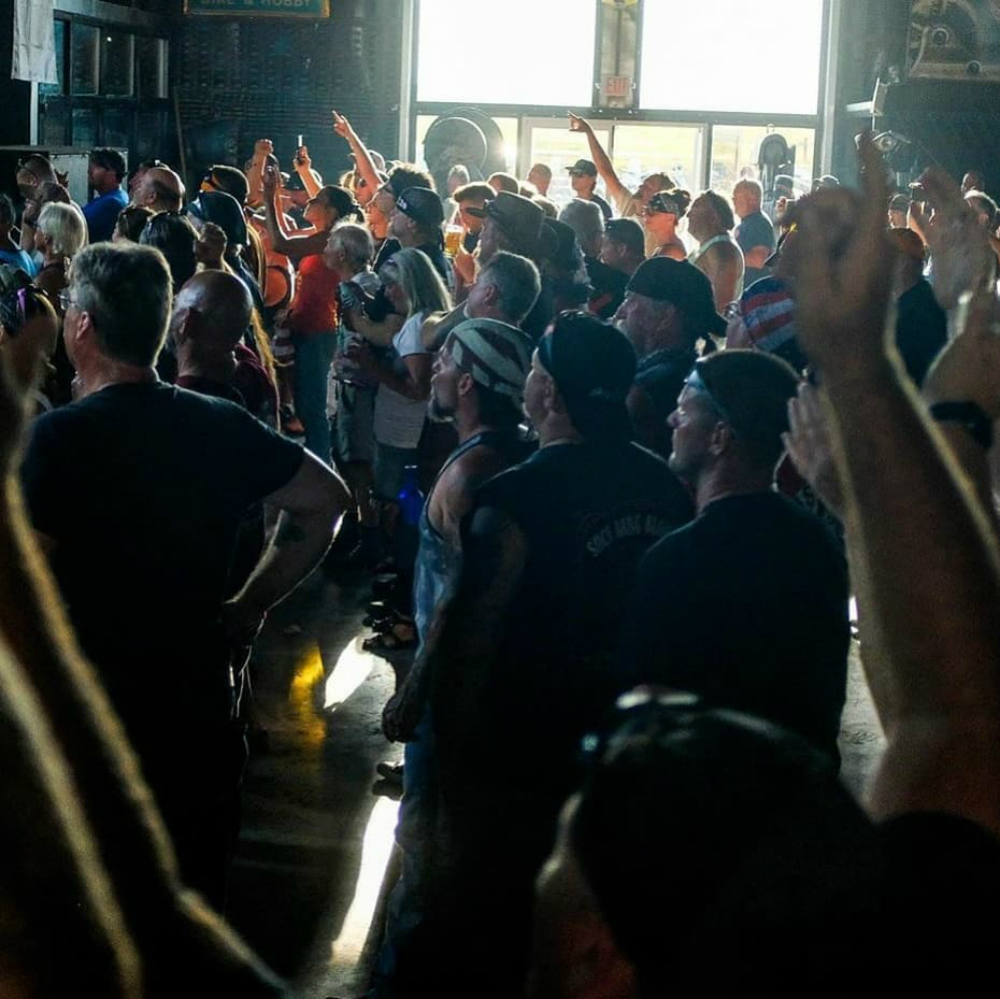 A month ago, CB started reporting on the Sturgis motorcycle rally that took place, business as usual, despite there being a global pandemic keeping much of the US in lockdown. But, bike rallies being so important, close to half a million people came together to ride, eat, celebrate and listen to Smash Mouth. People had very definite opinions about the event, some sending hate mail, others defending the event and their right to be there, mask free. But those opinions are about to get a lot louder now that Sturgis is considered a superspreader event which is thought to have infected over 250K so far.

In early August, more than 460,000 motorcycle enthusiasts converged on Sturgis, S.D., for a 10-day celebration where few wore facial coverings or practiced social distancing. A month later, researchers have found that thousands have been sickened across the nation, leading them to brand the Sturgis rally a “superspreader” event.

“The Sturgis Rally was one of the largest in-person gatherings since the outbreak of COVID-19 in the United States,” said Joseph J. Sabia, one of the study’s authors, a professor of economics and the director of the Center for Health Economics & Policy Studies at San Diego State University. He described the “public health costs” of the rally as “substantial and widespread,” which could have infected as many as 266,796 people. He and his co-authors estimate that dealing with the fallout from the rally will involve more than $12 billion in health care costs.

“The spread of the virus due to the event was large,” the authors write, because it hosted people from all over the country. But the severity of the spread was closely tied to the approaches to the pandemic by Sturgis attendees’ home states. In some places, any spread related to people returning from the rally was blunted by strong mitigation measures, like a face-mask mandate or a prohibition against indoor dining.

[From Yahoo via DListed]

You may remember that while they played their ill-advised concert, Smash Mouth lead singer Steve Harwell proclaimed, “We’re all here together tonight. F— that COVID s—.” Well, Steve, you are now all together in the sick bay, racking up $12B in healthcare costs. Was it worth it? Was running around for 10 days, rubbing elbows and god knows what else with fellow motorcycle enthusiasts without taking the proper – necessary – precautions worth so many people succumbing to COVID? What makes this worse is those who contracted it from Sturgis brought it back to a certain number of innocents who had the good sense to stay home. And the chain will continue. By the time all is said and done, I wouldn’t be surprised if the Sturgis rally ends up responsible for half a million cases of coronavirus in the US.

There is no mystery why any and all borders remain closed to us – we seemingly do not care who we infect with this deadly virus. The Sturgis rally is an infuriatingly egregious and …read more