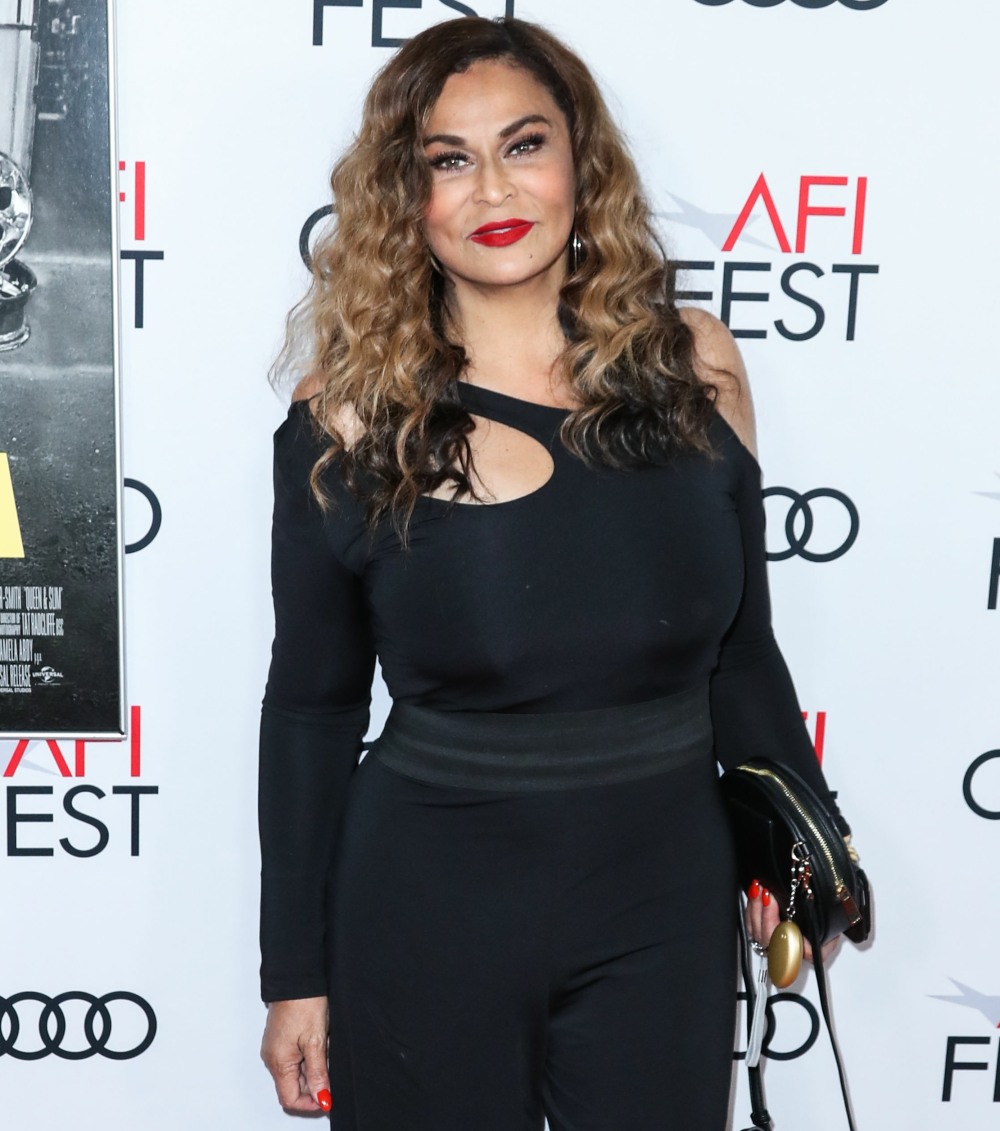 Tina Knowles-Lawson is one of my favorite people. Her kids are grown and they have babies of their own, so Tina gets to be the fun grandma. Tina left Beyonce and Solange’s father, Mathew Knowles, in 2009 and their divorce was finalized in 2011. Tina then remarried in 2015, to a nice guy named Richard Lawson. Tina has become a celebrity in her own right and she seems to enjoy that. She posts funny stuff and memes on Instagram all the time and she gives interviews and all of that. I’ve heard some stuff here and there about how Tina and Beyonce have some relatives with the name “Beyince,” and I really didn’t know what to think. Turns out, Tina has a really interesting explanation:

Tina Knowles-Lawson is opening up about the origin of Beyoncé’s name. The fashion designer and businesswoman, 66, spoke about the unique moniker during Tuesday’s inaugural episode of In My Head with Heather Thomson podcast, sharing that “Beyoncé” is actually her maiden name even though it’s now a handle widely associated with her famous daughter.

“A lot of people don’t know that Beyoncé is my last name. It’s my maiden name,” she said. “My name was Celestine Beyoncé, which at that time was not a cool thing to have that weird name. I wanted my name to be Linda Smith because those were the cool names.”

The matriarch, who is also mom to singer Solange, went on to say that only several people in her family have the “Beyoncé” last name. Due to a clerical error, others — such as her brother and his children — now have “Beyincé” as their surname, according to Knowles-Lawson.

“I think me and my brother Skip were the only two that had B-E-Y-O-N-C-E,” she said, before explaining why some family members spell the name differently. “It’s interesting — and it shows you the times — because we asked my mother when I was grown. I was like, ‘Why is my brother’s name spelled B-E-Y-I-N-C-E? You know, it’s all these different spellings.’ And my mom’s reply to me was like, ‘That’s what they put on your birth certificate.’ So I said, ‘Well, why didn’t you argue and make them correct it?’ And she said, ‘I did one time. The first time, and I was told be happy that you’re getting a birth certificate because, at one time, Black people didn’t get birth certificates.”

Knowles-Lawson added that it “must’ve been horrible” for her own mother to “not to even be able to have her children’s names spelled correctly.”

“So we all have different spellings,” she said. “People don’t even put the two together and know that’s the same name.”

Those kinds of clerical errors do happen – my father’s legal birthday in America was different than his actual birthday because of a clerical error with his citizenship/green card. It’s weird when it’s a damn birth certificate though! You would think that the hospital would …read more