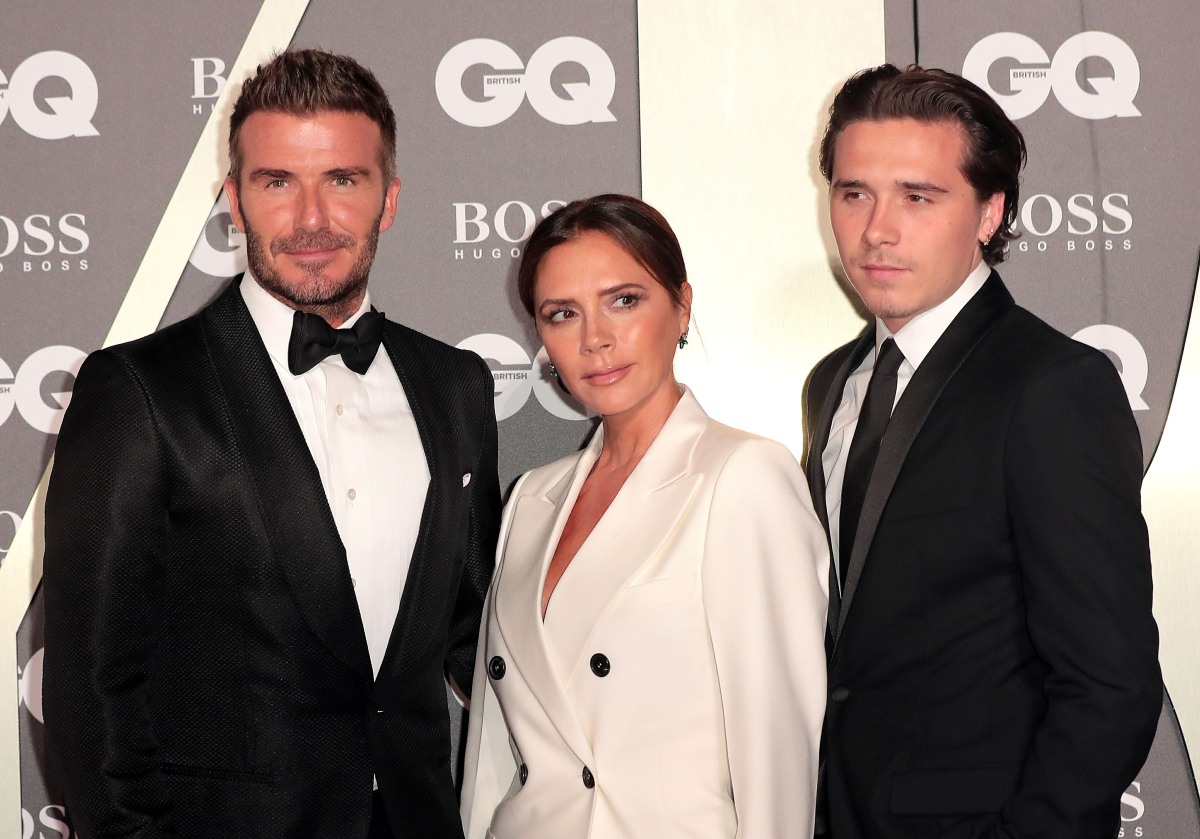 In March, it felt like the pandemic learning curve was pretty steep for most people. What was socially acceptable on March 5th was completely unacceptable by March 25th. We learned so much in such a short time. All of which to say, I can sort of understand how people were partying and acting like nothing was wrong in the first week of March. We were so innocent then. David and Victoria Beckham weren’t paying attention to the pandemic around that time as well. Their son Brooklyn Beckham turned 21 on March 4, and the Beckhams had a big party in the UK for his birthday. In the days before that, Victoria and David were in Miami for some massive parties for David’s Miami football club. So… yeah, turns out that David and Victoria caught Covid around then, and Victoria feared they were early “super-spreaders.”

David and Victoria Beckham secretly battled coronavirus after catching it schmoozing in the States. Several relatives and staff members also came down with the killer bug following the launch of Becks’ new football club. Victoria, 46, feared they may be “super-spreaders” after flying back to the UK for son Brooklyn’s 21st birthday do, with guests such as Stormzy and Emma Bunton. Tests later confirmed the couple’s Covid diagnosis.

Last night a friend said: “It was an absolute nightmare scenario. David was on duty for his club Inter Miami, and Victoria and the family flew down to support him. They attended a couple of swanky networking events as David had promotional duties, and were shaking hands and kissing fans and various club dignitaries. They then flew back to London, and were whisked straight to their Cotswolds mansion.”

The source said the couple celebrated Brooklyn’s 21st before a short trip back to the States, this time to Miami. When they returned, the source went on, “David started to feel ill and then Victoria developed a sore throat and high temperature. At the same time, several of their team including drivers, bodyguards and assistants fell ill — a couple of them very badly so. Victoria really panicked and made the whole family quarantine rigidly for more than two weeks. She was utterly petrified they might be super-spreaders, and did all she could to minimize all future risk. Not only was she poorly in bed, she was also completely panicked. It was a rough few weeks.”

After making full recoveries, Posh and 45-year-old Becks checked in regularly with their team. They are understood to have sent “care packages” to at least two staff members who were particularly badly affected.

The couple spent the entire summer holed up in their country manor — complete with swimming pool, football pitch and hot tub — and declined several party invites. They later had swab and antibody tests before holidaying in Greece and Italy to ensure they were safe to travel. The pair also canceled middle son Romeo’s planned 18th birthday last weekend over fears they would break social distancing …read more

Denise Richards: Why Did She Really Leave The Real Housewives?!?