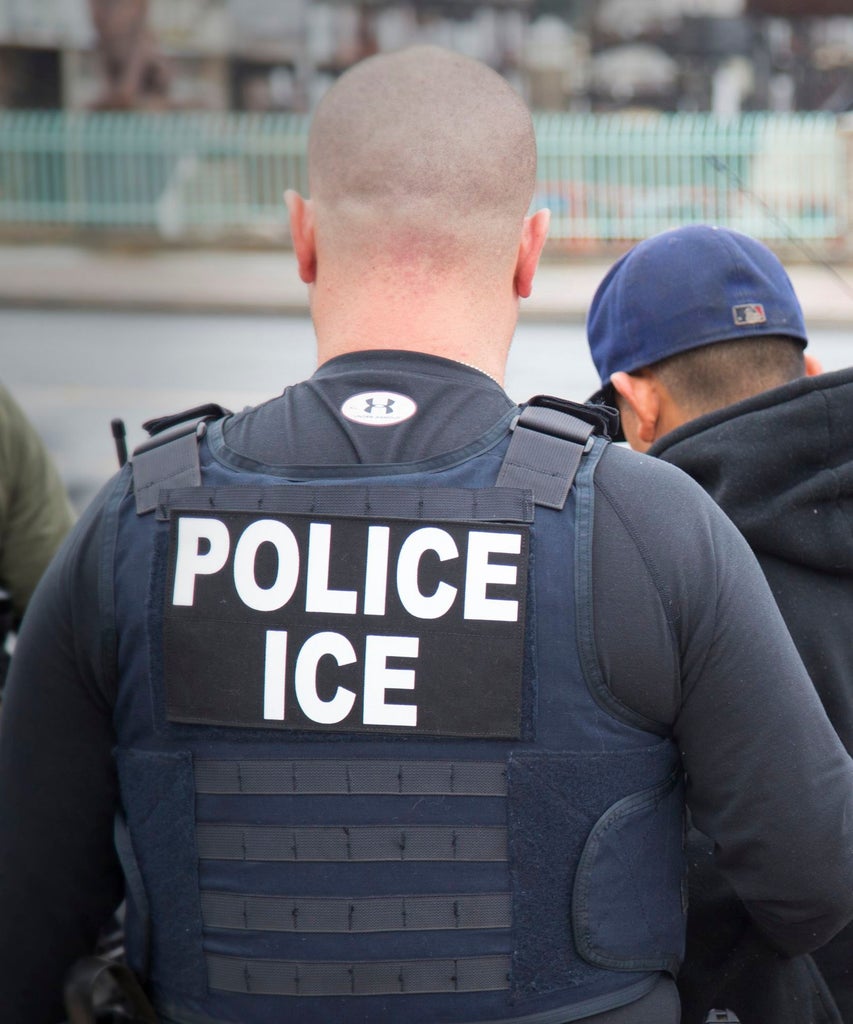 On Monday, a nurse at a private immigration detention center in Georgia came forward about a range of dangerous medical practices at a U.S. Immigrations and Customs Enforcement (ICE) facility. According to her, the center has not only ignored COVID-19 protocols, but is actively performing mass hysterectomies on detained people.

The whistleblower, Dawn Wooten, worked at the Irwin County Detention Center (ICDC) — which is operated by LaSalle Corrections — where she allegedly witnessed the company’s refusal to test detainees for COVID-19 as well as spoke to several people who each had their uterus removed as part of an unwarranted hysterectomy procedure. According to the official complaint lodged with the Office of the Inspector General for the Department of Homeland Security, Wooten said that the facility was performing hysterectomies on people who reported having heavy menstrual cycles or other more serious pain, but that “everybody’s uterus cannot be that bad.”

“I’ve had several inmates tell me that they’ve been to see the doctor and they’ve had hysterectomies and they don’t know why they went or why they’re going,” Wooten said in the report. She also noted how ICDC consistently uses one out-of-facility doctor, who is responsible for the hysterectomies in addition to accidentally removing the wrong ovary in one patient. “He’s the uterus collector.”

“Everybody he sees has a hysterectomy — just about everybody. He’s even taken out the wrong ovary on a young lady [detained immigrant woman],” Wooten said. “She was supposed to get her left ovary removed because it had a cyst on the left ovary; he took out the right one.”

The complaint was filed on the behalf of Wooten by advocacy groups Project South, Georgia Detention Watch, Georgia Latino Alliance for Human Rights, and South Georgia Immigrant Support Network. In their report, Wooten details other malpractices at the facility, including lack of COVID-19 testing for symptomatic patients, as well as a general lack of reporting cases.

Kerry Washington’s Emmys Nail Art Is Too Good To Miss

The complaint also explains why she decided to come forward publicly: Wooten had been reprimanded and demoted by ICDC when she spoke up about the poor practices at the detention center.

“You put two and two together,” she said. “I’m asking for these things and speaking for these detainees. I’m a problem. I’m being seen and I’m not supposed to be seen or heard. It makes you look like you’re not doing your job.”

This isn’t the first time the United States has forced people — especially people of color — into unwanted sterilization, which is a human rights violation and a form of eugenics, according to the World Health Organization. For more than 70 years, California led the country in sterilizations; during that time about 20,000 people were sterilized against their will in state institutions. In the South, Black women were treated as “practice” for incoming medical students and had been sterilized unknowingly during C-sections. Other times, they were coerced in order to retain welfare benefits. Sterilization was so wide-spread in North Carolina that a bill …read more

22 Eco-Friendly Bedding Brands (& Deals You Can Score On Them)