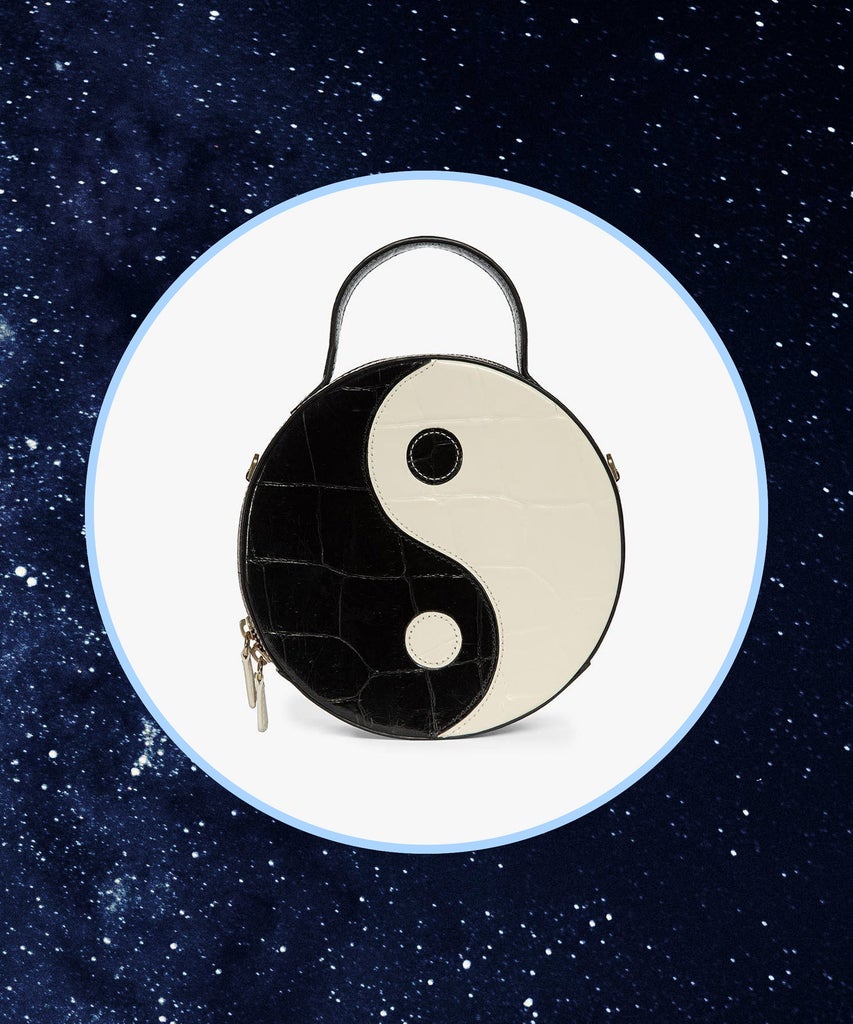 When it comes to gems the hidden ones are often stories, not stones. Welcome to Demystified, where we look beyond the jewelry box, past our closets, and into the depths of our most cherished possessions to reveal their cross-cultural significance.

Fashion may be cyclical by nature, but it’s also reactive by design. In the ongoing search for some kind of meaning amidst tumultuous times, we are seeing shoppers gravitate towards items offering them just that: a lion-like ring that stands for strength or a horseshoe talisman that signifies good luck. Now, with a new season upon us, there’s a slew of trends cropping up to help soothe the next chapter of looming uncertainty — and according to Chinese-born and New York-based designer, Daisy Wang, the already ubiquitous Yin and Yang symbol make sense for the transitional period ahead. Below, Wang takes us through the powerful meaning behind this ancient-Chinese symbol that we’re seeing everywhere.

The use of the symbol in jewelry and garments started off as a belief that, based on the implication of Yin and Yang, it will help the wearer balance the good and evil in their lives.

“The use of the symbol in jewelry and garments started off as a belief that, based on the implication of Yin and Yang, it will help the wearer balance the good and evil in their lives,” says Wang, founder of the contemporary chinoiserie streetwear brand Dawang. She points to the vibrant, contrasting colors mixed with traditional Chinese fabrics of her Lunar New Year capsule, which launched in late January, as an example of the subtle ways this idea of dualism manifests in clothing design. While the yin-yang motif itself isn’t visible in her garments, its harmonious energy is at the core of the entire collection. More recently, however, the prevalence of this symbol has been less nuanced as it sweeps our social feeds in the form of manicures and masks while simultaneously popping up across collections by lust-worthy labels such as Staud, Gelareh Mizrahi, Fenty x Puma, and Balenciaga. Beyond its like-bait potential, the mainstream appeal of this black-and-white badge of balance is very much driven by the ancient principle it represents — one that’s been part of Chinese culture since the start of its civilization.

The theory of Yin and Yang was first introduced seven thousand years ago by Fuxi, a culture hero in Chinese legend and mythology.

“The theory of Yin and Yang was first introduced seven thousand years ago by Fuxi, a culture hero in Chinese legend and mythology,” Wang explains, specifying that the popular yin-yang diagram we know today (also referred to as the symbol of Taiji) didn’t come until later, during the Song Dynasty, when philosopher Zhou Dunyi used it to depict his interpretation of Fuxi’s texts. What’s most remarkable about the diagram is that while you can’t consider it to be a single, whole object due to the fact …read more

Thanks To Face Masks, It’s All About Eyes In New York

WFH Outfit Ennui? Here’s Something To Give Your Wardrobe A Boost