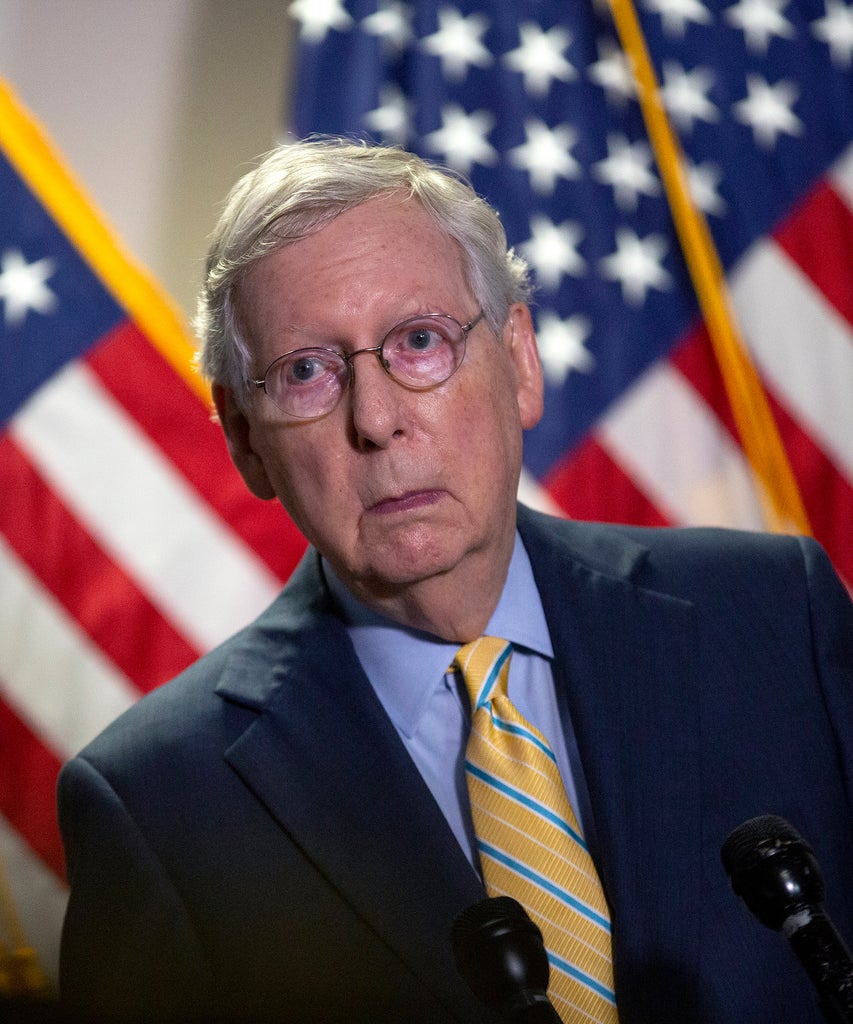 WASHINGTON, DC – JUNE 30: Senate Majority Leader Mitch McConnell (R-KY) speaks during a press conference following the weekly Senate Republican policy luncheon in the Hart Senate Office Building on June 30, 2020 in Washington, DC. McConnell stated that a briefing could be arranged for Senators to get more information on the report that Russia offered bounty to the Taliban to kill American soldiers. (Photo by Stefani Reynolds/Getty Images)

It’s official: The $600 in supplemental unemployment benefits is expiring today, before an extension has been guaranteed in Congress. Most people have already seen their last federal unemployment payments come through because of the way weekly unemployment schedules work, leaving millions of Americans anxious about their immediate future. Lawmakers have been debating whether to renew the unemployment boost all week — but where do we stand now? What happens next week, now that the provision has officially expired?

Are there currently plans to extend it?

Senate Republicans unveiled their proposal, the HEALS Act, on Monday — and it doesn’t extend the $600. It offers a much more austere across-the-board $200/week through September. Then, starting October, it would leave it up to states to supplement their usual unemployment benefits with extra federal unemployment to total 70% of someone’s lost wages. But the amount of federal unemployment each person is eligible for is capped at $500, so in practice not everyone may get 70% of their wages replaced.

Many states have had enormous logistical problems processing hordes of initial unemployment claims and sending them out in a timely manner. People in some states are still waiting for unemployment payments to start after applying months ago; there have been widespreads reports of 8-hour-long lines in front of unemployment offices. Not only are Democrats opposed to this slash in unemployment from an economic and moral perspective, but The Hill reports that some states are saying it doesn’t even sound feasible.

Is Social Distancing Actually Bringing Us Closer To Our Friends?

What is happening with negotiations in Congress?

Not well. According to The Hill, lawmakers aren’t close to a deal. In a meeting last night, Treasury Secretary Steven Mnuchin apparently did suggest an extension of the $600 — for a week. This pointless gesture was dismissed by Speaker of the House Nancy Pelosi and Senate Minority Leader Chuck Schumer. White House Chief of Staff Mark Meadows, who was also in the meeting, countered with a four-month extension. Pelosi and Schumer rejoined with an extension through Q1 of 2021. This was rejected by Mnuchin and Meadows.

Both Meadows and Senate Minority Leader Kevin McCarthy took to Twitter to slam the Democrats standing firm on a longer unemployment extension. McCarthy wrote, “Republicans just tried to extend unemployment insurance for the millions of Americans who are out of work and counting on extra support each week. Chuck and Nancy said no. And now Democrats are going home for the weekend… while they continue to collect a paycheck.” It’s a puzzling criticism, considering that Senate Republicans left for the weekend on Thursday.

How Much REM Sleep Do We Really Need?