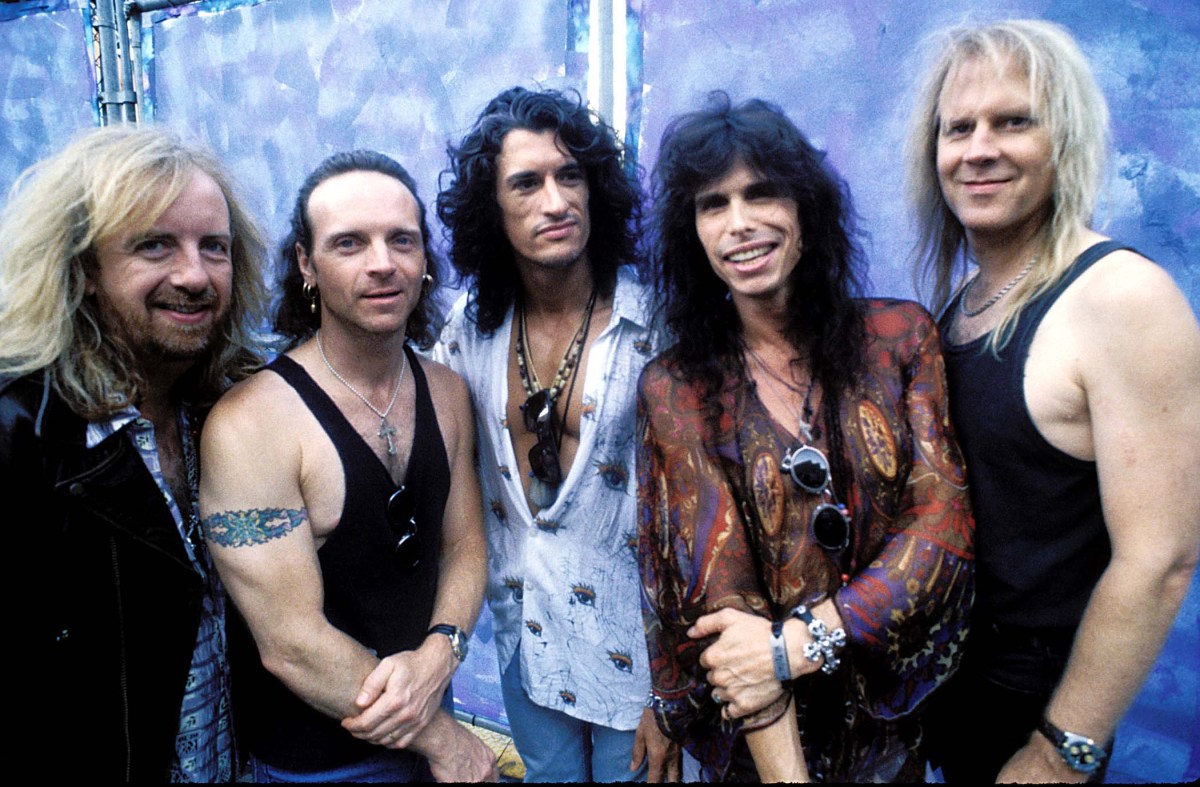 Aerosmith’s Steven Tyler did not “get” Elvis Presley’s songs at first.He compared Elvis to an extraterrestrial. Tyler said he would hit Elvis in the face because he took credit that belong to Black artists.

Aerosmith’s Steven Tyler became familiar with Elvis Presley‘s songs at a young age. He considers the “Heartbreak Hotel” singer to be a “great man.” Despite this, Tyler also wishes he could hit him in the face.

In his 2011 book Does the Noise in My Head Bother You?: A Rock ‘n’ Roll Memoir, Tyler discussed his introduction to Elvis’ music. “Two months before my eighth birthday — Elvis!” he recalled. “‘Heartbreak Hotel,’ ‘Hound Dog.’ It was like getting bitten by a radioactive spider. Elvis … the Extraterrestrial.”

Despite this, Tyler wasn’t a huge fan at the time. “But it wasn’t Elvis who first turned me on to rock ‘n’ roll,” he said. “I was too young to quite get it. But four years later, Chubby Checker and Dimah the Incredible Diving Horse came roaring into my life.” Tyler revealed he was a huge fan of Checker’s hit “The Twist.”

RELATED: A Song With ‘Offensive’ Lyrics Written for an Elvis Presley Movie Wasn’t Released for Over 35 Years

Tyler saw Elvis as an artist highly influenced by his predecessors. “Elvis got his sound from Sister Rosetta Tharpe (I dare you to YouTube her right now), Ernest Tubb, Bob Wills, and Roy Orbison,” he said. “And they, in turn, begat The Beatles and they begat The Stones and they begat Elton John, Marvin Gaye, Carole King, and … Aerosmith.” For context, Tharpe is often considered the architect of rock ‘n’ roll.

During a 2017 interview with The San Diego Union-Tribune, Tyler was asked if Elvis was a musical thief. “If I could sit down with Elvis, I’d smack him in the face for not giving credit to all those Black musicians,” he revealed. “For years I’ve been struggling with that. You know, he was a great man, but he maliciously — or maybe unconsciously — took all the credit.”

RELATED: Elvis Presley: A Future Star Played Piano on ‘Kentucky Rain’ Because There Was Nobody Else in the Studio to Do It

How 2 recent movies have portrayed this ongoing controversy

The issue of Elvis and cultural appropriation continues to be a source of discussion in the media. The 2017 documentary The King uses the controversy as a way to explore the American experience.

Baz Luhrmann’s Elvis puts a positive spin on the situation. The movie portrays the “I Want You, I Need You, I Love You” singer as a man ahead of his time who drew the ire of white supremacists for taking inspiration from African-American music.