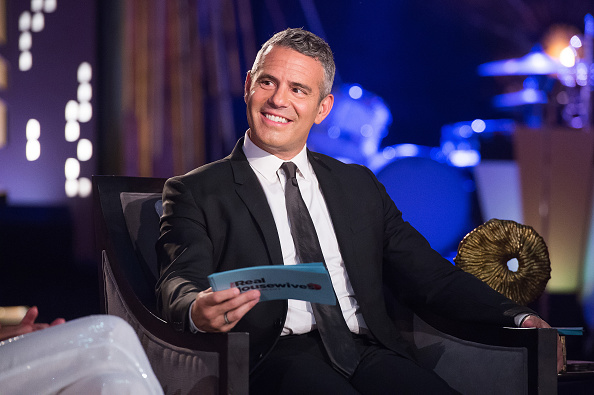 Andy Cohen has some news to share about one of the Real Housewives shows, revealing there’ll be a short hiatus before filming resumes again.

This year’s series of the Real Housewives of Beverly Hills has been tumultuous to say the least, with some of the talk about season 12 centering around the mysterious drama that went down on a trip to Aspen.

RHOBH star Kyle Richards explained in September that things unfolded on a ‘very, very bad note’, with Lisa Rinna being the only cast member to witness what actually happened.

As fans continue to unpack what they know – and what they may not know – about the drama, it appears they may be waiting longer than expected for new episodes to come out.

Talk show host Andy, who regularly hosts the Real Housewives reunions and is an executive producer of the franchise, provided an update on RHOBH, as well as several other spin-offs.

‘Beverly Hills, we’re taking a minute break, and then we’ll be back shooting with them in the new year,’ he shared with E! News, while refraining from addressing which members of the cast could be back.

As for the other Real Housewives shows, the ‘gangbuster’ third season of Salt Lake City and the ‘fantastic’ seventh season of Potomac are set to wrap up filming in 2023.

‘We’re shooting the new Real Housewives of New York City that I’m excited about, and then we’ll get Legacy going,’ he added, while a third season of Ultimate Girls Trip will be coming in the new year.

Last month, Andy issued an apology to Beverly Hills star Garcelle Beauvais for his behaviour during the reunion show.

The TV host sparked backlash after he ignored Garcelle’s emotional response, and instead joked along with Lisa and Erika Jayne Girardi when they made a quip about throwing her book in the bin.

While speaking on the SiriusXM Radio Andy show, he said: ‘I need to really sincerely apologize. Not only for diverting the topic but for not returning – even worse – to the serious conversation that was at hand.’

Andy added that he’d also spoke to Garcelle in private, stating: ‘I have deep admiration for Garcelle. She and I had a really good, productive conversation last Thursday. I should have been more in tune with her feelings.

‘I just wanted to say that because I’ve been logging in and I get it.’

Real Housewives of Beverly Hills airs on Bravo and is available to stream on hayu in the UK.

If you’ve got a celebrity story, video or pictures …read more