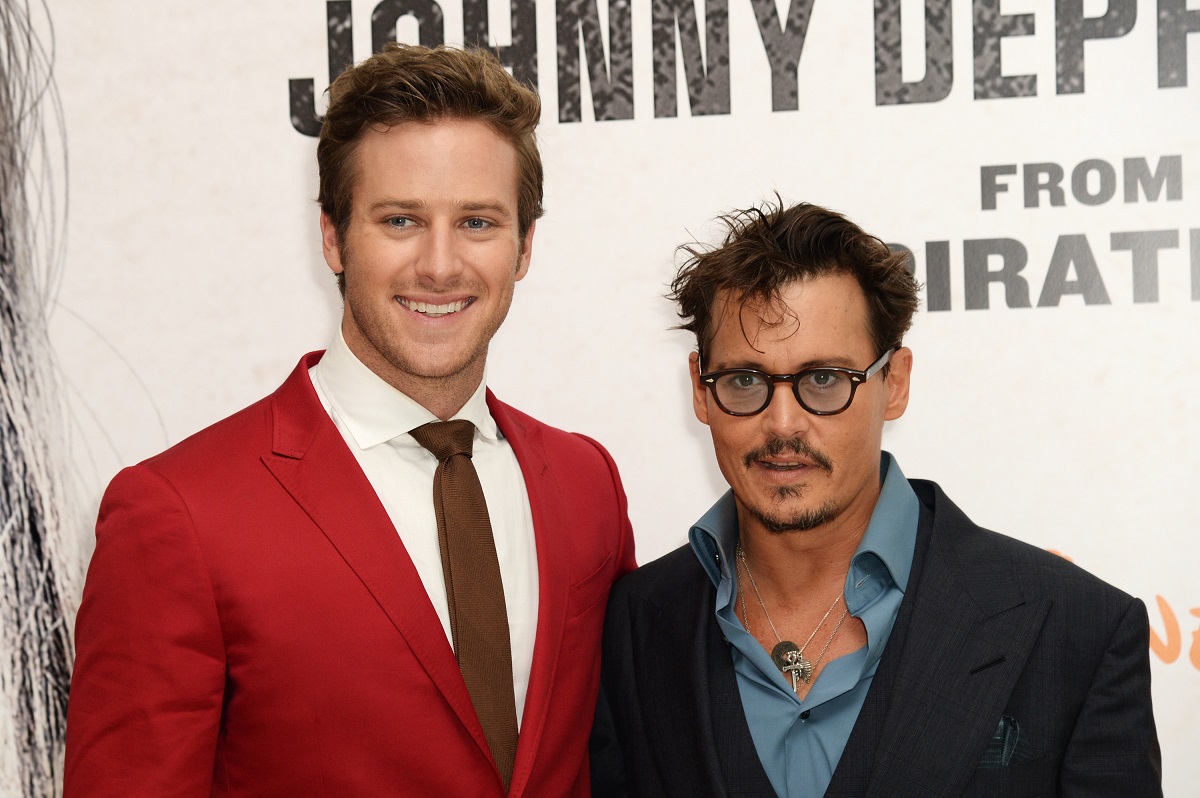 Depp made quite the impression on Hammer when the two first worked together in The Lone Ranger. The film followed the exploits of Tonto, a Native American who teams up with a lawman to take down outlaws.

Johnny Depp once teamed up with Armie Hammer for the 2013 movie The Lone Ranger. During their time together, Hammer once quipped that Depp found the actor too intimidating to give advice to.

Depp made quite the impression on Hammer when the two first worked together in The Lone Ranger. The film followed the exploits of Tonto, a Native American who teams up with a lawman to take down outlaws.

When Hammer met Depp, the controversial actor was immediately caught off guard by Depp’s appearance. The prolific actor decided to show up during their first table read as his Lone Ranger character.

“We were actually doing a table read for the script in an office building. There were no cameras around, there were no people around. It was just everyone in the movies sitting there,” Hammer once said in an interview with Conan. “And I was sitting there kind of like looking over my script, highlighting my lines, getting ready for the table read. And someone taps me and goes, ‘Armie, this is Johnny.’ I turn around, and he was wearing the full get-up.”

Hammer shared that he jumped after being introduced to Depp, startled by him dressing like Tonto. But other than that, Depp behaved normally after meeting the star.

Although Hammer and Depp had an interesting meeting, the Call Me by Your Name star has shared he’s often had a great time working with Depp. But he joked he was a bit disappointed some of his older co-stars never gave him any advice.

“I was definitely taking notes and watching them both, but never at any point did they say, ‘Come here, youngster, come sit on my knee and I’ll spin some yarn for you,’” Hammer once said in an interview with Shortlist (via Contact Music).

The Nocturnal Animals actor further quipped that Depp didn’t give him any advice because he was concerned about Hammer costing him future roles.

“This is a very cold-hearted business. I think people would rather just stab you in the back. Johnny’s very intimidated that I will end up stealing his jobs, ” Hammer said.

Hammer asserted that he and Depp experienced a tight bond on set. This was mostly because of the conditions surrounding their filming, which called for them to endure incredibly hot temperatures.

“We were stuck in the middle of the desert for seven months. There wasn’t very much else to do except play guitar, tell stories and tell jokes,” Hammer said.

Upon getting to know the Pirates of the Caribbean star, Hammer was pleasantly surprised with how normal he came off as.

“He’s not what you would imagine Johnny Depp would be like. He’s just what you’d imagine the coolest dude you know would be …read more