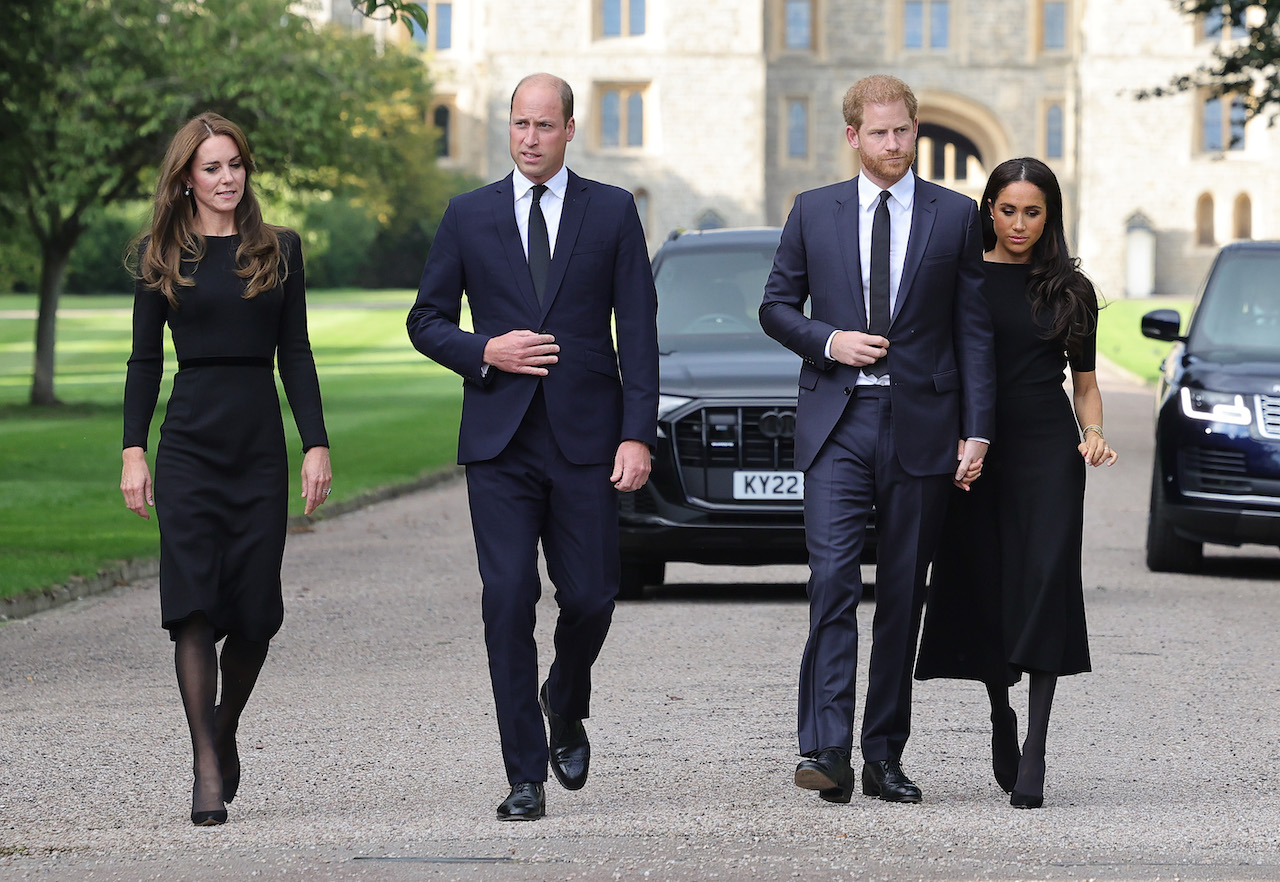 The world was watching when Prince William and Kate Middleton stepped out with Prince Harry and Meghan Markle to greet well-wishers and see tributes to Queen Elizabeth. And one body language expert pointed out a subtle moment where the Prince and Princess of Wales visibly made room for the Duke and Duchess of Sussex.

What supposedly led to the reunion between the estranged couples, and how did William and Kate accommodate Harry and Meghan? Plus, why did one insider say the brothers wanted to put on a united front besides paying tribute to their grandmother? Read on to find out.

The “fab four” got together to greet well-wishers and take in tributes to Queen Elizabeth following her death. And it was reportedly a spontaneous decision on William’s part that led to the public reunion.

Hello! reported that the Prince of Wales reached out to his brother and sister-in-law an hour before the walkabout and asked them to join. Though the couples walked on opposite sides and hardly seemed to interact, it was the first time they had united for a public event since March 2020.

There has been much speculation about body language and perceived tension based on videos and pictures from the event. And one expert noticed a moment that showed William and Kate making space for Harry and Meghan, adding they wanted him to be “wherever he was wanting to go.”

Body language expert David Stephens described to The Behavioral Arts how the Windsor Castle walkabout led to a moment where Prince William and Kate visibly moved to make room for Prince Harry and Meghan.

As the two couples got out of their cars, William and Harry greeted an official together, followed by Kate. William then pointed to Meghan, who came up for an introduction before stepping back beside her brother-in-law.

Harry watched his wife and started moving to stand next to her. So, Kate and William both made subtle movements to create a space. Kate took a visible step toward the official, and William subtly leaned closer to her so Harry could move in next to Meghan.

Stephens noted how they each gave some room and said, “William and Kate were both making an attempt to … fit Harry back into wherever he was wanting to go.”

According to Stephens, Harry’s body language indicated Meghan was his priority, and William and Kate were aware of and acknowledged that.

While a show of unity …read more

‘Andor’ Episode 4: Everything We Know About Denise Gough’s Dedra Meero: ‘She Should Make You Feel Slightly Uncomfortable at Your Alliances’

What Meghan Markle Uttered to a Royal Aide About Queen Elizabeth’s Flowers, According to a Lip Reader