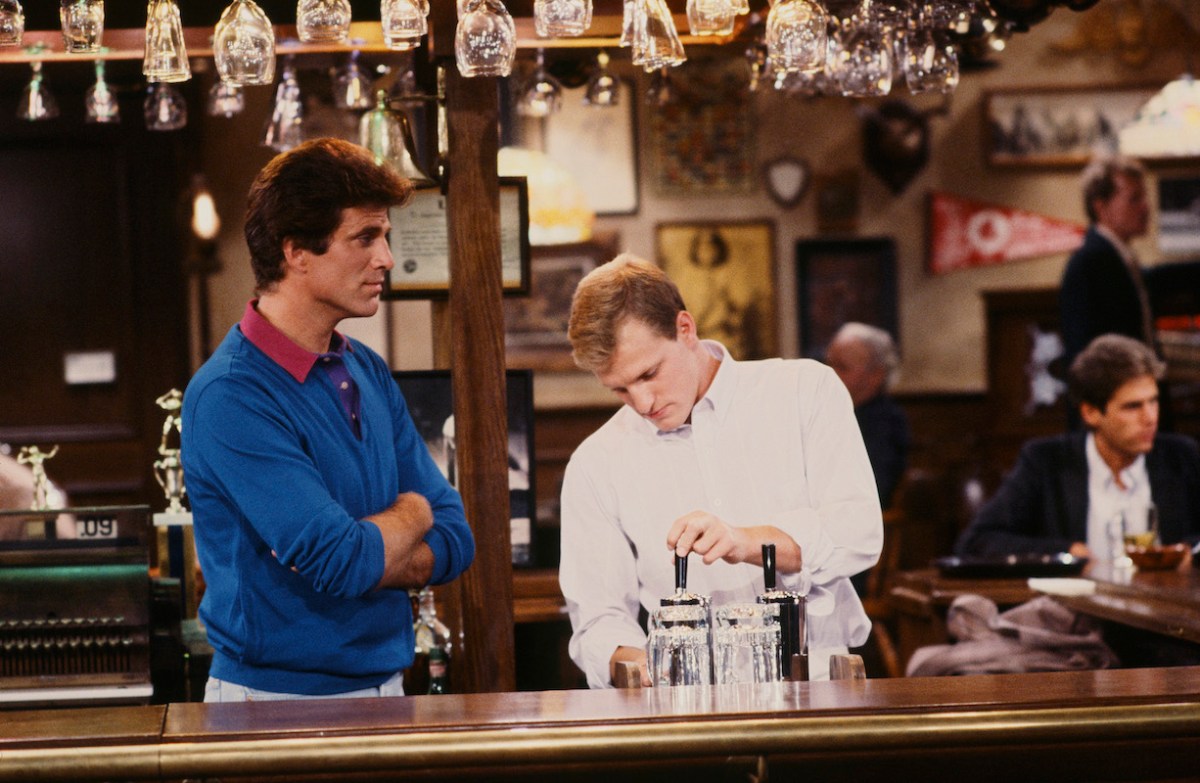 The NBC comedy Cheers had its series finale in 1993 after 11 seasons. There was a brief chance Cheers could go on to season 12, but it would have been without Ted Danson, who starred as Sam Malone for all 11. That idea didn’t last long, creators Glen and Les Charles, James Burrows, writer/co-producer Ken Levine, and writer/producer Rob Long said.

The Cheers creators spoke with Variety for the show’s 25th anniversary in 2018. Here’s what they remembered about the discussions about Cheers Season 12.

Danson was in every episode of Cheers. Even when Sam sold the bar, he returned to work for Rebecca Howe (Kirstie Alley). But, after 11 years, Danson was ready to move on.

“I remember the year before, after we’d finished a decade, thinking, ‘Ten seasons, that seems like a nice round number: five seasons with Shelley [Long], five with Kirstie [Alley],’” Glen told Variety. “But then you go, ‘Well, it puts a lot of people out of work. …Let’s give it one more year!’ And then a few months later, after we’d committed to another year, Ted popped up and said this would be his last year, that he wanted to try other things.”

Would ‘Cheers’ Season 12 have worked without Sam Malone?

They survived the departure of Shelley Long as Diane Chambers and the death of Nicholas Colosanto as Coach. They welcomed Woody Harrelson as Woody and Kelsey Grammer as Frasier Crane, with Bebe Neuwirth guest starring regularly as Lilith.

“We talked about doing another season, but he was firm,” Burrows said. “He felt he had played that character and wanted to move on.”

So the question became, could Cheers Season 12 work without Sam? The short answer was no.

Grab your barstool and raise your glass, because starting July 15, you can stream #Cheers for free on @PeacockTV. pic.twitter.com/ATkZqDEV6D

RELATED: ‘Cheers’: How the Show Was Saved From Being Cancelled the Summer After Season 1

“The Charles brothers and myself talked for half an hour, maybe an hour, about trying to do the show without Sam Malone,” Burrows said. “But we didn’t want to do that. We wanted to go out on top.”

Danson gave Cheers ample notice to wrap up the show.

“Ted at least gave us half a season, so we were able to prepare for the end,” Levine said. “In fact, Glen and Les came back and more or less guided the ship through probably the last third of the season.”

The beginning of the end

If you weren’t there, it’s hard to oversell how monumental the end of Cheers was. And that was just for viewers. The creators explained what it was like that final season.

“Knowing that we were going into our 11th season, we …read more