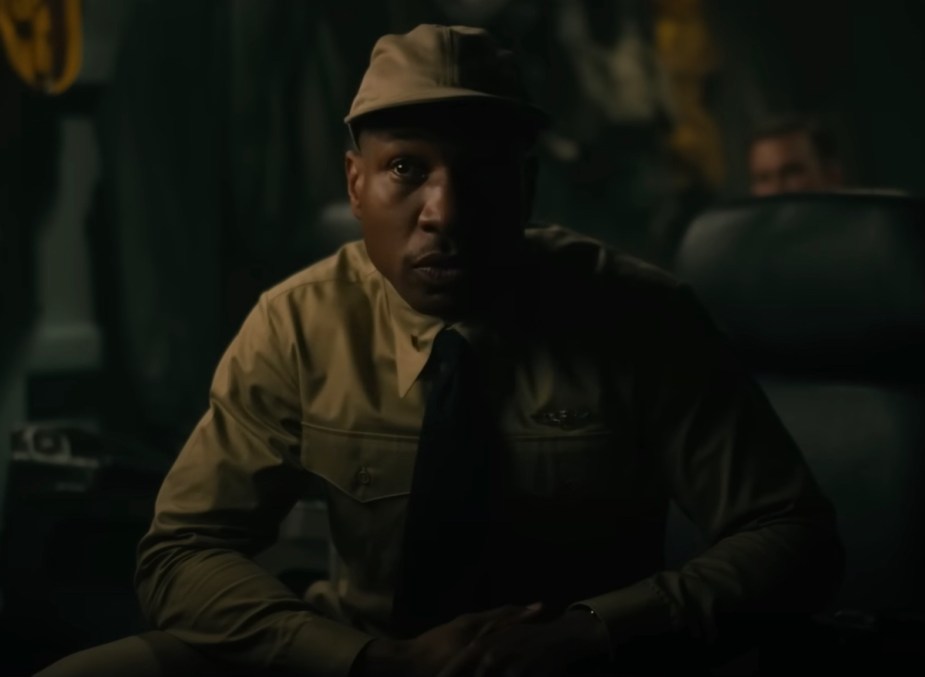 ‘Devotion’ star Jonathan Majors is a rising star in Hollywood

First look at Jonathan Majors as Kang the Conqueror#AntManandTheWaspQuantumania pic.twitter.com/wJqYmehYOD

Majors had what many would call a rough start. A California native, Majors was born and raised for the first years of his life on a military base before his father, who was in the Air Force, disappeared. His mother, a pastor, then moved Majors and his two siblings to Texas and where Majors spent his teenage years getting in trouble with the law.

Acting became a saving grace for Majors, who discovered his passion for the craft in high school and then went on to get his MFA from Yale School of Drama. One year later, Majors landed his role in When We Rise and has since been one of Hollywood’s most promising leading men. In 2020, just three years after his breakout role, he was nominated for an Emmy for his portrayal of Atticus Freeman in Lovecraft Country.

In addition to Devotion, Majors currently has three MCU films on his docket starring as the Avenger’s enemy Kang. But Majors didn’t stop there. In addition to Ant-Man and the Wasp: Quantumania, Avengers: The Kang Dynasty, and Avengers: Secret Wars, Majors will also star in three of 2023’s most highly anticipated movies including Creed III.

Commonly referred to as America’s “forgotten war,” the Korean War is often overlooked in history, overshadowed by World War II and the Vietnam War. But Majors has not forgotten. “The Korean War kind of follows me,” Majors told Vanity Fair, revealing that both of his grandfathers served in the conflict.

Furthermore, Majors felt drawn to his character, Brown. Speaking about Majors’ performance in Devotion, Ford says “Majors peels back Brown’s stoic exterior and exposes the inner struggle that swirls within him.”

Drawing on his personal experiences, Majors was drawn to tears during filming. He remembered times when he, like Brown, was told to “give up.” But, like Brown, Majors didn’t give up and is now a leader in his field.

‘Devotion’ director, J.D. Dillard’s father was a Blue Angel in the U.S. Navy

Growing up the son of a Black Naval aviator, Dillard remembers a childhood spent playing in airplane hangars. He watched his father in the Navy’s elite aerobatic team, the Blue Angels. Because of this, Dillard made sure his father …read more

Meghan Markle Is Making Prince Harry ‘Weak’ Says Royal Biographer: ‘Meghan Just Gives Him Orders and He Does It’