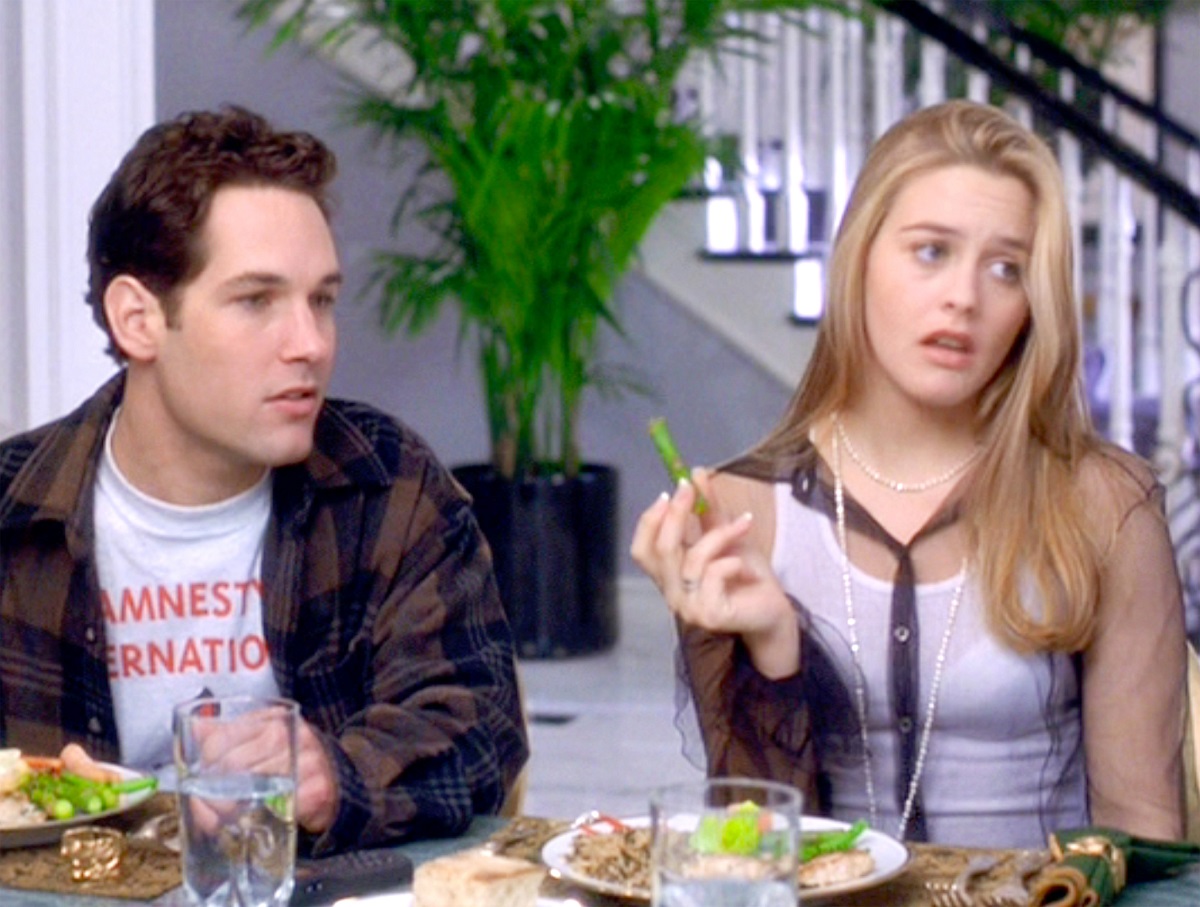 Clueless is one of the most iconic comedy movies of the 1990s. After the film’s release, two of its stars, Paul Rudd and Alicia Silverstone, gained a lot of attention from fans. Their on-screen romance was notably controversial, but did the two of them ever date in real life?

As Cher tries to navigate life at her Beverly Hills school, Josh is often in the background, though the two of them do not seem to care emotionally about one another. However, when one of Cher’s friends confesses that she has feelings for Josh, Cher realizes that she, too, has feelings for him. Cher and Josh’s relationship progressed after that point, and they even kiss at the end of the movie.

Cher and Josh’s romance has been a big topic of debate ever since Clueless first came out in 1995. Some viewers have even compared it to incest. Nonetheless, Silverstone once admitted she didn’t initially see anything weird about it.

“I don’t remember having any point of view on it,” she told Vogue in 2020. “I mean I know we’re not blood, so it’s not like illegal in that way. But it is really weird when you think about it (laughs). I mean it’s a funny thing to grow up that way, but then again they weren’t related. It’s very unusual, but it’s cool!”

Did Paul Rudd and Alicia Silverstone ever date in real life?

Although Rudd and Silverstone had on-screen chemistry, the two of them never dated in real life.

During their kissing scene, Rudd admitted he was both “nervous” and “psyched.”

“[The kiss] was — you get a little nervous. But also, I was psyched,” he told Vulture in 2015. “Growing up you hear these actors, and granted, they’re talking about sex scenes and not just kisses, but they’re like, ‘Oh, it’s all technical. Nothing’s there. Nobody’s excited. It’s all just kind of embarrassing.’ I remember thinking, ‘Is that really true?’ And then I remember thinking, ‘This is pretty awesome.’ I sound like a total perv.”

Who are Paul Rudd and Alicia Silverstone currently dating?

Who is Paul Rudd’s wife? All about Julie Yaeger https://t.co/wFdqNxdKgb pic.twitter.com/hPudKkMAgC

Rudd is married to Julie Yaeger, who is a screenwriter and producer. They tied the knot in 2003 and have two children together.

Silverstone was married to rock musician Christopher Jarecki from 2005 to 2018. They have one son.

It’s not clear if Silverstone is dating anyone now, but in 2021 she revealed on The Drew Barrymore Show that she …read more