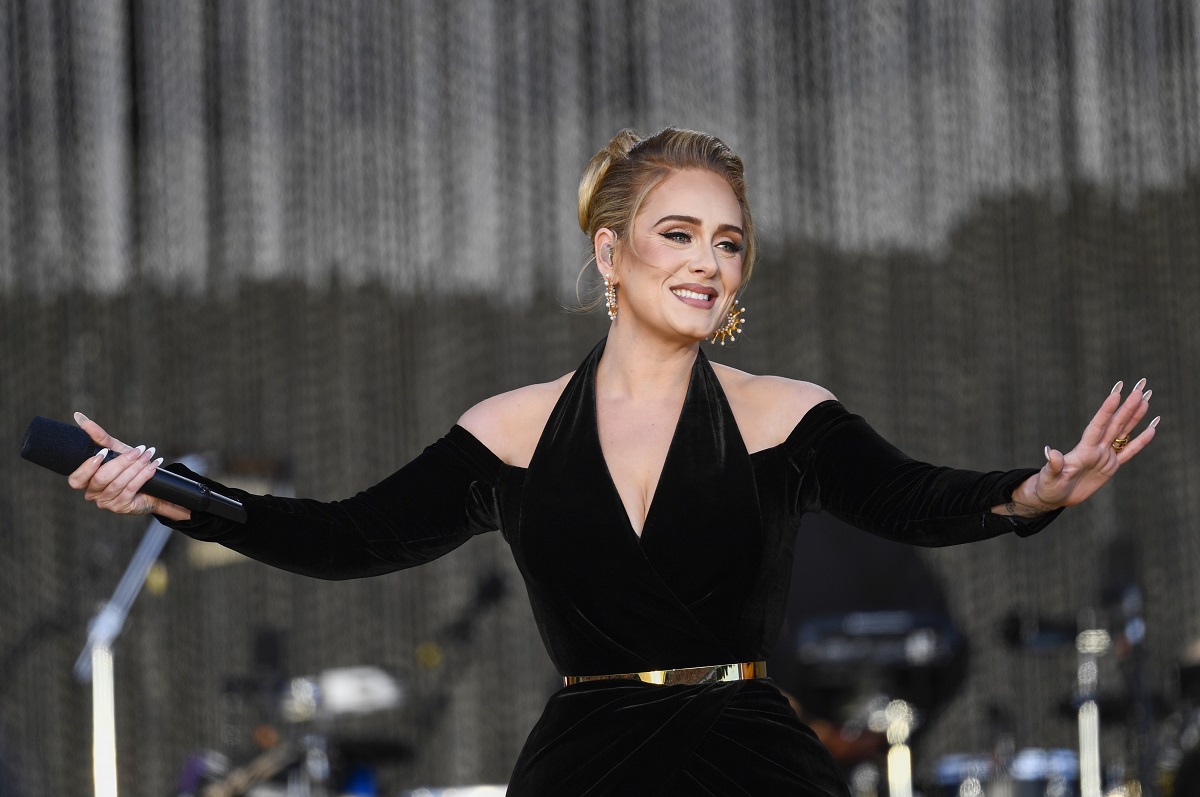 Singer Adele has made many loyal fans during her time in the music industry. At one point, her talents had even recruited actor Ethan Hawke to her legion of followers.

The Predestination star was so impressed by Adele’s performance at a concert that he revealed he even wanted to kiss her. But Hawke revealed it wasn’t just Adele’s talent that made her stand out from other singers he knew of.

How Adele once responded to comments about her body

In the past, Adele faced a few inquiries and questions about her physique. The Grammy-winning artist didn’t share the same slim figure that some other contemporary artists sported. This prompted a few discussions to shift from her music to her body. But at the time, Adele asserted that being skinny wasn’t a concern for her.

“I’ve never seen magazine covers and seen videos and been like, ‘I need to look like that if I want to be a success. Never,” she said in a 2012 60 Minutes interview. “I don’t want to be some skinny-mini with my tits out, I really don’t want to do it. And I don’t want people confusing what it is that I’m about.”

The “Hello” singer also shared that even though she enjoyed looking at other singers’ figures, she didn’t have time to worry about her own appearance.

“My life is full of dram and I don’t have time to worry about something something as petty as what I look like,” she once said in an interview with Rolling Stone. “I don’t like going to the gym. I like eating fine foods and drinking nice wine. Even if I had a really good figure, I don’t think I’d get my tits and ass out for no one. I love seeing Lady Gaga’s boobs and bum. I love seeing Katy Perry’s boobs and bum. Love it. But that’s not what my music is about. I don’t make music for eyes. I make music for ears.”

Training Day star Ethan Hawke took notice of both Adele’s skills and looks while attending a concert she hosted. Hawke would accompany his daughter Maya to the live show and would later compliment Adele’s performance.

But apart from her singing, Hawke also appreciated Adele’s attitude towards her body. The Oscar-nominee shared his concerns about Maya looking up to celebrities with unhealthy expectations for their bodies. So to Hawke, Adele gave Maya, who would later become a singer herself, a healthier celebrity to look up to.

“We were both floored,” he once said in an interview with the Daily Telegraph (via Express). “Wow! It was such a great experience. It was a small club, and my daughter had never seen anything like that. And as the father of a 14 year old, I want to kiss Adele. Everybody else is starving to lose another 25 pounds, and it’s …read more

Miley Cyrus on What Dolly Parton Taught Her About Pushing Boundaries