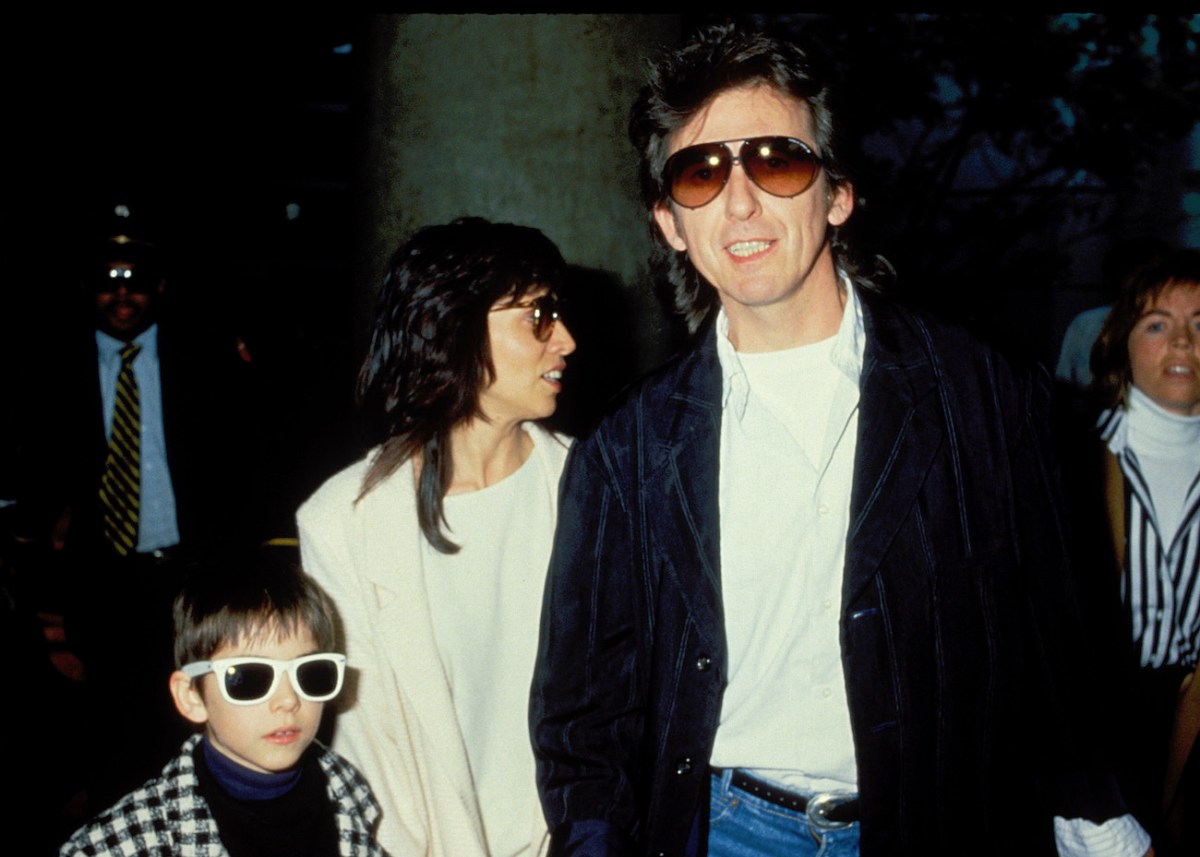 George Harrison with his wife, Olivia, and their son, Dhani | Vinnie Zuffante/Getty Images

George Harrison’s son, Dhani, helped him work on his most personal album, ‘Brainwashed’

George Harrison‘s son, Dhani, said a Brainwashed track “reeked” of his father more than any other. Dhani began working on the album with his father and finished it shortly after the former Beatle died in 2001.

George Harrison with his wife, Olivia, and their son, Dhani | Vinnie Zuffante/Getty Images

George Harrison’s son, Dhani, helped him work on his most personal album, ‘Brainwashed’

The former Beatle’s friend and co-producer, Jeff Lynne, said he and George started work on the album in 1999. However, George wrote most of the songs years earlier.

“George would come round my house and he’d always have a new song with him,” Lynne said (per Beatles Bible). “He would strum them on a guitar or ukulele. The songs just knocked me out. George talked about how he wanted the album to sound.”

George also asked his son to help him with the album. “He told Dhani a lot of things he would like to have done to the songs and left us little clues,” Lynne added. “There was always that spiritual energy that went into the lyrics as well as the music.”

According to Dhani, Brainwashed is a very personal record. In a video for the making of Brainwashed, Dhani said, “The reason this turned out to be so good, in terms of the way that the songs are really true to him is that he wrote these songs just primarily for himself and what he wanted to hear and he had a song in his head he’d write it down.”

Lynne added (per Beatles Bible), “His life was in those final songs, the things he got up to each day, like riding down the River Thames. Lots of very personal stuff.”

George died in 2001 without having finished the album. However, it was in safe hands.

After George died, Dhani and Lynne finished Brainwashed, although it was a daunting task at first.

“To make an album, to make all those songs finished and mixed, it started out really daunting because I was so used to working with George so closely until I realized that Dhani was going to be there all the time,” Lynne said.

For the album’s 20th anniversary, Dhani wrote on his Instagram that finishing Brainwashed was the most challenging project he’s ever worked on, throwing him into “the deep end.” If he’d waited, it would’ve been difficult to complete.

Thankfully, George made a “blueprint” for his son and co-producer. Dhani said he left tons of notepads full of notes “in his language. Thankfully, Lynne knew how to speak George. Everything was there; it was just a matter of understanding what George was saying in his notes and figuring out what he would’ve wanted.

“It was almost as if my dad had the whole thing mapped out, and we were just these lab rats trying to find out way through the maze that …read more