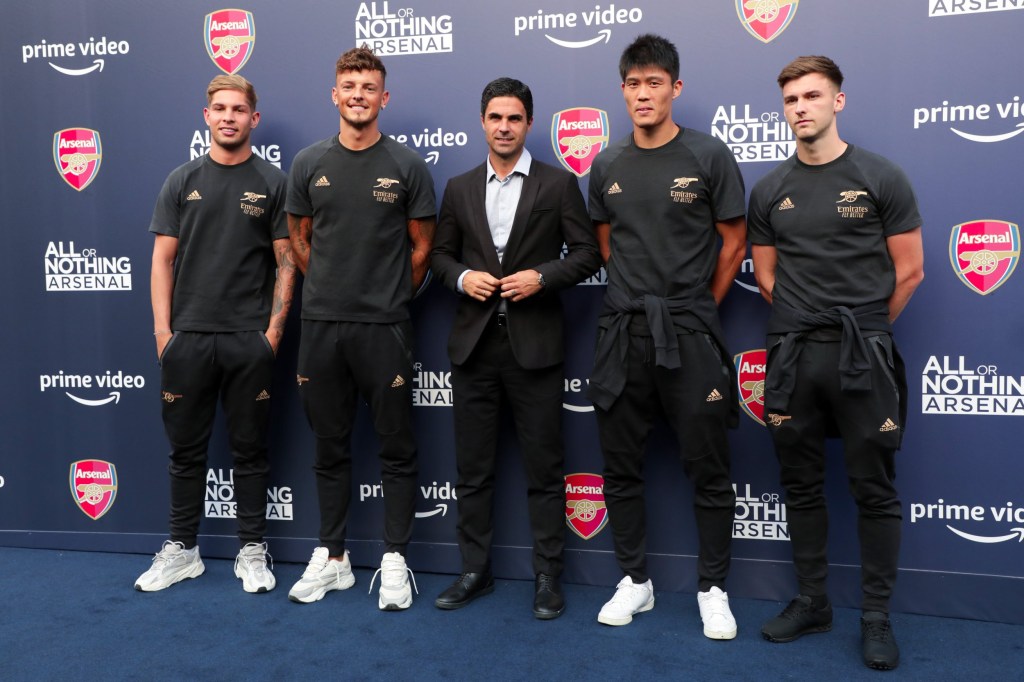 Arsenal players pose with Mikel Arteta at the premiere of All Or Nothing (Picture: Lia toby/Getty Images)

It’s a good time to be a footy fan.

Not only is the country still basking in England’s trophy winning run at the Women’s Euro 2022, but the Premier League 2022/23 season is about to get underway,

There is even more excitement to be had if you’re a fan of Arsenal FC, as they are the focus of documentary series All Or Northing.

Narrated by Oscar-winning actor – and lifelong Arsenal fan – Daniel Kaluuya, the series follows Mikel Arteta and his team in the 2021/22 season, which saw the Gunners in a battle to finish fourth, as well as the exit of star player Pierre-Emerick Aubameyang.

But how can Arsenal fans relive all of the ups and downs across the series?

How to watch All Or Nothing: Arsenal

All Or Nothing: Arsenal is available to steam exclusively on Amazon Prime for those subscribed to the service from August 4.

You can get a free, 30-day trial of the whole service by heading to the Amazon Prime website if you have not signed up before.

If you’ve had a free trial before but didn’t stay on as a paying customer, your Amazon account may well offer you yet another free trial to tempt you over.

Students, meanwhile, can enjoy a six-month free trial and then afterwards enjoy a half-price membership.

How many episodes of All Or Nothing: Arsenal will there be?

In total, there will be eight episodes in the football series.

The first three will be made available from August 4, with episodes four and six drooping a week later on August 11.

The final two episodes will then follow the week after that on August 18.

What teams have been covered on All Or Nothing before?

Arsenal are the third Premier League Team team to receive the Amazon documentary treatment, giving fans a closer look behind-the-scenes of the club.

The first series – released in 2018 – followed Pep Guardiola’s Manchester City, which saw them win both the Carabao Cup and the Premier League title.

The second series followed two years later in 2020 and focused on Tottenham Hotspur under the leadership of Jose Mourinho following the sacking of Mauricio Pochettino.