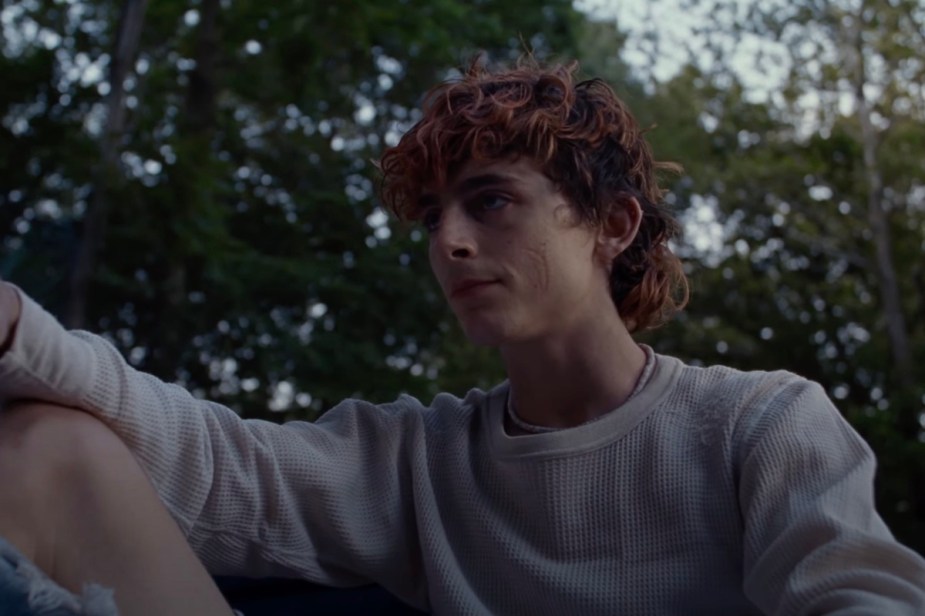 Timothée Chalamet in Bones and All | MGM via

Timothée Chalamet is reuniting with Call Me By Your Name director Luca Guadagnino for the upcoming romance-horror film. Bones and All. The movie will mark the actor-director duo’s second collaboration and stars the Escape Room franchise’s Taylor Russell. Here’s how to watch Bones and All when the movie debuts to the public later this year.

‘Bones and All’: its cast, director, and story details

Based on Camille DeAngelis’ book and adapted by David Kajganich, the coming-of-age love story follows Maren (Russell) and Lee (Chalamet). The two unlikely companions meet in America’s Midwest in the 1980s. Maren has been abandoned by her family for her odd behaviors. She seeks out friendship with Lee as they journey across the country searching for her father (André Holland).

The pair bonds over their strange desire to eat human flesh, which forces them into society’s margins. Along the way, they meet others who share this peculiar urge, including Sully (Mark Rylance), Jake (Michael Stuhlbarg), and Brad (David Gordon Green), reports IMBd.

Although Guadagnino now seems excited about the release of his newest film, he was initially reluctant to take it on. Kajganich first approached the Italian director about helming the project in 2020, after its original director decided not to move forward. Guadagnino told Deadline:

“I said, ‘I would love to read anything you write, but at this moment in my life I have so many projects that I don’t want to add another on top of it and become this flimsy person attached to everything.’ I passed on the grounds of me being too busy, and us being too close as friends for me to leave him hanging.”

Thankfully, Kajganich persisted. “Once I started reading, not only was it as excellently written as I had predicted, but the characters he built into the script were powerfully touching to me and resonated in a very deep and intimate way,” said Guadagnino, “given that I didn’t know the novel and hadn’t developed the project.”

Once it came time to cast the leading roles, Guadagnino was eager to send the script to his former collaborator, Chalamet, who he praised as “a great actor and a great star.”

Guadagnino said of his choice to cast Chalamet as Lee: “I had finished the script and I called Dave and said, ‘Dave, it’s amazing, I know how to make this movie, and I think there’s an amazing character for Timothée to play.’ I hadn’t formulated in my mind who Maren would be yet, but I knew who I wanted for Lee.”

When can U.S. audiences watch ‘Bones and All’?

According to WhatToWatch, Bones and All has a U.S. release date of November 23, 2022. Premieres in other countries have yet to be confirmed.