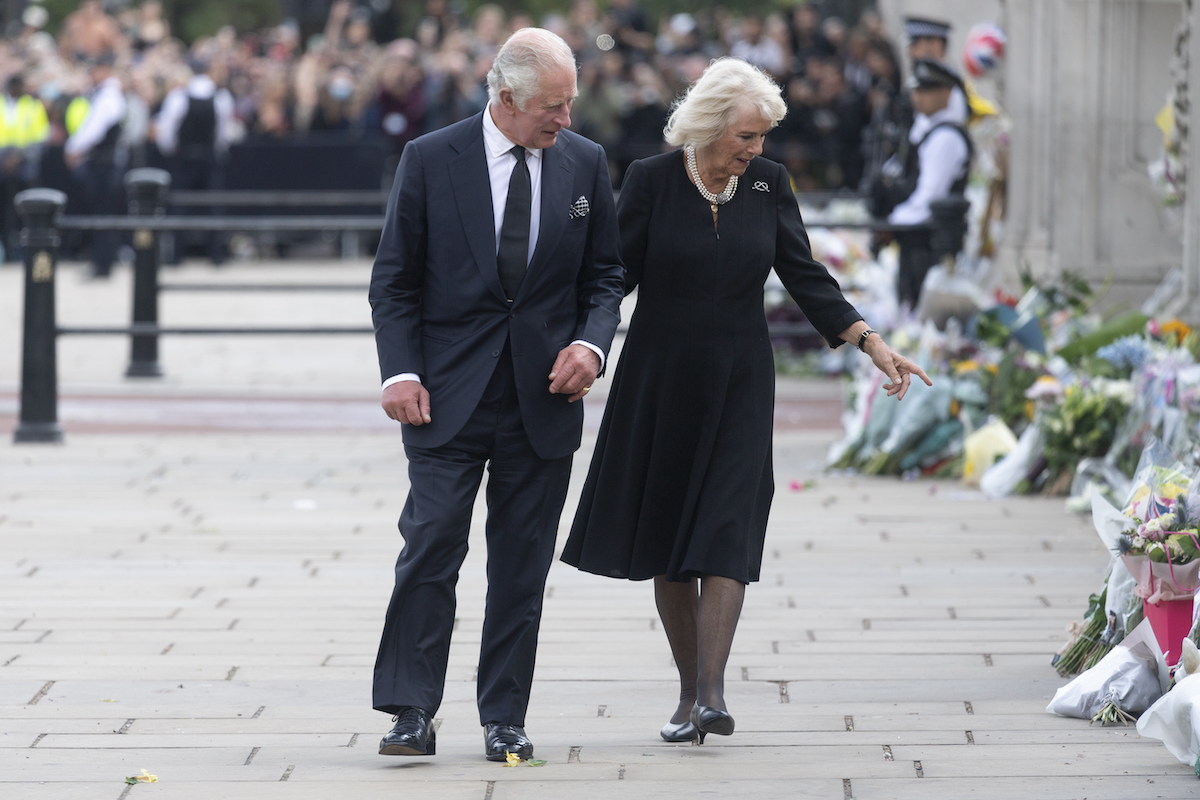 Camilla stood alongside her husband’s side as he publicly and privately mourned the loss of his mother, Queen Elizabeth II. The queen consort joined the king on a trip to Wales for their four nations tour shortly after Elizabeth’s death. They traveled to Scotland, Northern Ireland, and Wales.

Camilla and Charles were a visible and comforting presence to the public during a national mourning period in the United Kingdom, which began as soon as the late queen died. This period lasted until Sept. 19. the day of Elizabeth’s official funeral. Camilla also joined other royals at a vigil for the late queen at Westminster Hall.

The queen consort quietly honored the longest-ruling monarch of the United Kingdom at her funeral. She donned Queen Victoria’s Hesse Diamond Jubilee Brooch, a heart-shaped piece featuring the number 60, reported Page Six. This jewelry was gifted to Camilla by the queen. The queen consort also carried a handbag by Launer, Queen Elizabeth’s longtime favorite accessory designer, to honor the late monarch.

The royal family‘s “greatest secret weapon” is reportedly Camilla Parker Bowles, claims an insider who once worked for the couple. The queen consort allegedly holds an essential behind-the-scenes role in helping to modernize the monarchy. The insider spoke of why Camilla’s importance to the family has intensified since becoming King Charles III‘s wife in 2005.

Queen Elizabeth II declared her wishes that Camilla be named queen consort in an ascension day statement released by the royal family’s official website. This move by the queen cemented Camilla’s place in the monarchy. This title signifies the wife of a reigning monarch.

“When, in the fullness of time, my son Charles becomes King, I know you will give him and his wife Camilla the same support you have given me,” the late queen wrote. “It is my sincere wish that, when that time comes, Camilla will be known as Queen Consort as she continues her loyal service.”

Camilla Parker Bowles is the ‘greatest secret weapon’ in the royal family, says an insider

“As we all prepare to say our last farewell, I wanted simply to take this opportunity to say thank you to all those countless people who have been such a support and comfort to my Family and myself in this time of grief.”

– His Majesty The King

Royal insider Julian Payne, communications secretary to King Charles III and Queen Consort Camilla from 2016 to 2021, shared their view of the couple’s marriage in a feature for The Sunday Times. Payne wrote that Camilla is the royal family’s “greatest secret weapon” for several important reasons.

“The person I met was kind, empathetic, and extremely welcoming. A world away from the caricature that had existed in years gone by,” Payne wrote of the queen consort. “After just 20 minutes, it was immediately clear why. For those that have met her, she is one of the most popular members of the royal family. For the rest, she is perhaps its greatest secret weapon.”

Payne admitted that Camilla is a “perfect ally to the King” because she has “lived in both places” as a royal and a commoner. This dual life is essential as the monarchy advances into the future.

“Members of the royal family are, by nature of their birth, unable to get entirely outside the bubble so they benefit from others who can provide additional context,” Payne writes.

“The queen consort knows just how to do that. She brought a sense of fun to the king’s work; whether it was encouraging the king to join in at engagements such as a tea dance or driving a classic car around the streets of Old Havana on an official visit to Cuba,” Payne concluded.