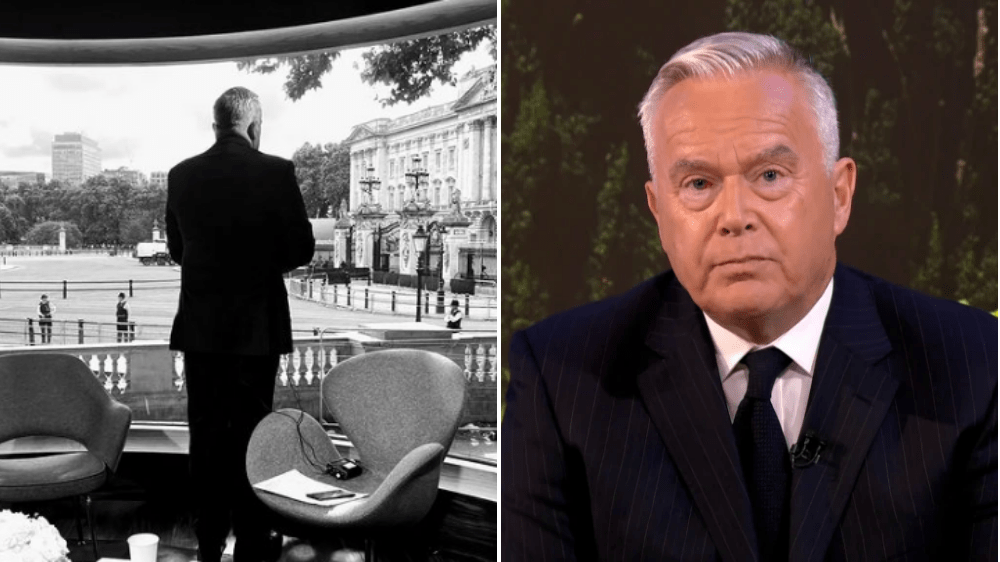 Huw Edwards has spoken out after helming the BBC’s coverage of the Queen’s death (Picture: Instagram/BBC)

Huw Edwards has spoken out after fronting the BBC’s coverage of the Queen’s death over the national period of mourning.

The broadcaster was at the helm of the corporation’s programming following confirmation that Her Majesty had died peacefully at Balmoral on September 8 and broke the news of her death on the channel.

Over the past two weeks, Edwards led numerous reports before going on to anchor the BBC’s coverage of the Queen’s state funeral on Monday, which was branded ‘outstanding’ by viewers.

Edwards took to Instagram to reflect on reporting the seismic news event and expressed his gratitude.

Sharing a black and white image of him looking out at Buckingham Palace from the studio, Edwards penned: ‘It’s been a privilege.

‘My colleagues are the best. Thanks for all the kind messages.’

Many were quick to shower the journalist with praise following his efforts, including many famous faces.

Gaby Roslin said: ‘You have been truly superb. Thank you Huw ❤️.’

Edwards took time to thank his team for their hard work over the past two weeks (Picture: Instagram)

Viewers have been in awe of Edwards over the past two weeks, with many calling for him to get the break he truly deserves.

And it looks like Edwards is enjoying some time off, as he posted a photo of a coffee cup resting on the arm of a park bench with the caption ‘breathe’.

The veteran broadcaster received praise for ‘holding it together’ after reading out a statement confirming the Queen’s death.

Alastair Campbell later revealed how Edwards prepared for the event of announcing her death, including ‘rehearsing in front of his bathroom mirror’.

Edwards broke the news that the Queen had died on BBC One (Picture: BBC)

In a tweet shared, Campbell wrote that Edwards ‘told me a few months ago he had been preparing, practising and even rehearsing in front of his bathroom mirror for this moment for some time.

‘He said too that the Queen’s death would be the biggest challenge to @BBCNews in its history.’

In a second tweet, Campbell admitted that as he’s currently out of the country, he hadn’t seen much of the BBC News coverage of the Queen’s death.

However, he was informed that Edwards had been ‘absolutely brilliant’, as he added: ‘Which should surprise nobody.’

If you’ve got a celebrity story, video or pictures get in touch …read more