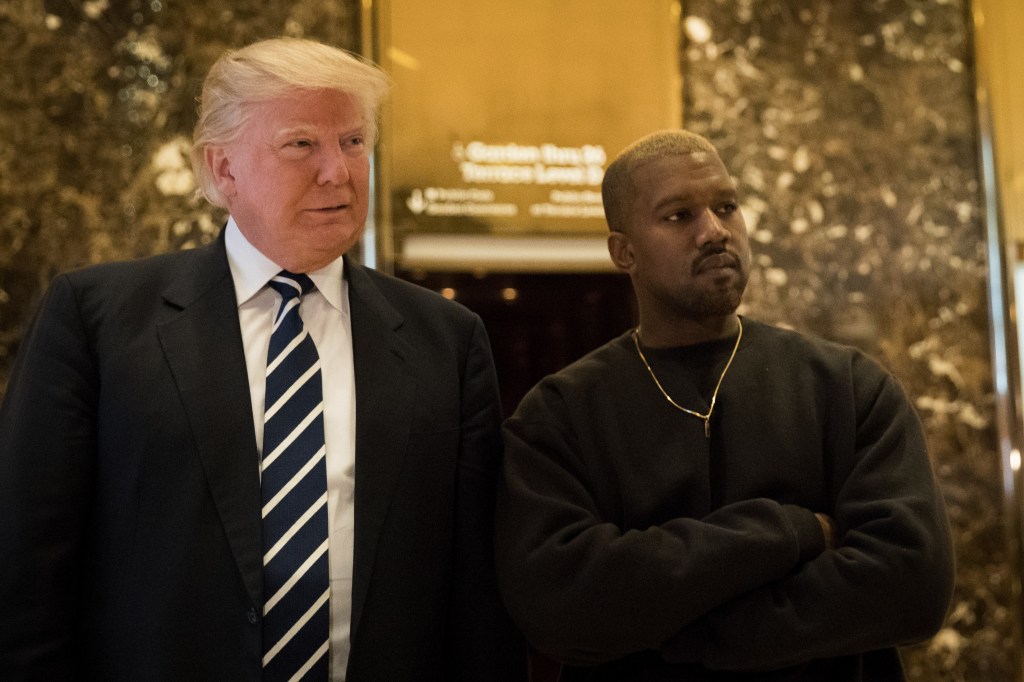 Kanye West and Donald Trump have had an interesting relationship over the years (Picture: Getty Images)

Kanye West said if you can’t beat ‘em, join ‘em as he’s apparently asked Donald Trump to be his presidential running mate in 2024.

The All Of The Lights rapper confirmed this week that he’ll be running for US presidency in the next election despite a previously failed bid, and recent anti-semitism controversy.

Now that his Twitter account has been reinstated, Kanye, 45, has been keeping fans abreast of his political plans and claimed to have visited Mr Trump, 76, at his Mar-A-Lago home in Florida.

In a Tuesday night tweet, the rapper wrote: ‘First time at Mar-a-Lago. Rain and traffic

‘Can’t believe I kept President Trump waiting. And I had on jeans Yikes.’

He then added: ‘What you guys think his response was when I asked him to be my running mate in 2024?’

It comes after the Grammy-winning rapper revealed far-right commentator Milo Yiannopoulos as his new campaign manager.

‘This is Milo right here, working on the campaign,’ the rapper said in a video obtained by X17 Online.

Kanye is hoping to make it to the White House in 2024 (Picture: AFP via Getty Images)

When asked if that was an announcement, Kanye laughed as Milo confirmed: ‘I guess it is. Thanks, I accept.’

The cameraman then asked Kanye: ‘So you are running?’ to which he responded after a delay: ‘Yes.’

The Grammy-winning artist then explained: ‘It’s simple ’cause ain’t nobody can tell me, “you should say this, you shouldn’t say that”, you know? It’s just we’re moving towards the future.’

Kanye, who now goes by the name Ye, memorably ran for US president in 2020 but it was a disastrous bid with the rapper failing to secure enough votes and missing deadlines to be included in the final ballot.

In recent weeks, the Yeezy designer has faced heavy criticism for his recent comments about Black Lives Matter and the Jewish community, with his social media accounts blocked and restricted due to anti-semitic comments.

MORE : Selma Blair and Christina Applegate supporting one another amid MS journeys: ‘If you need something, she’s at your house’