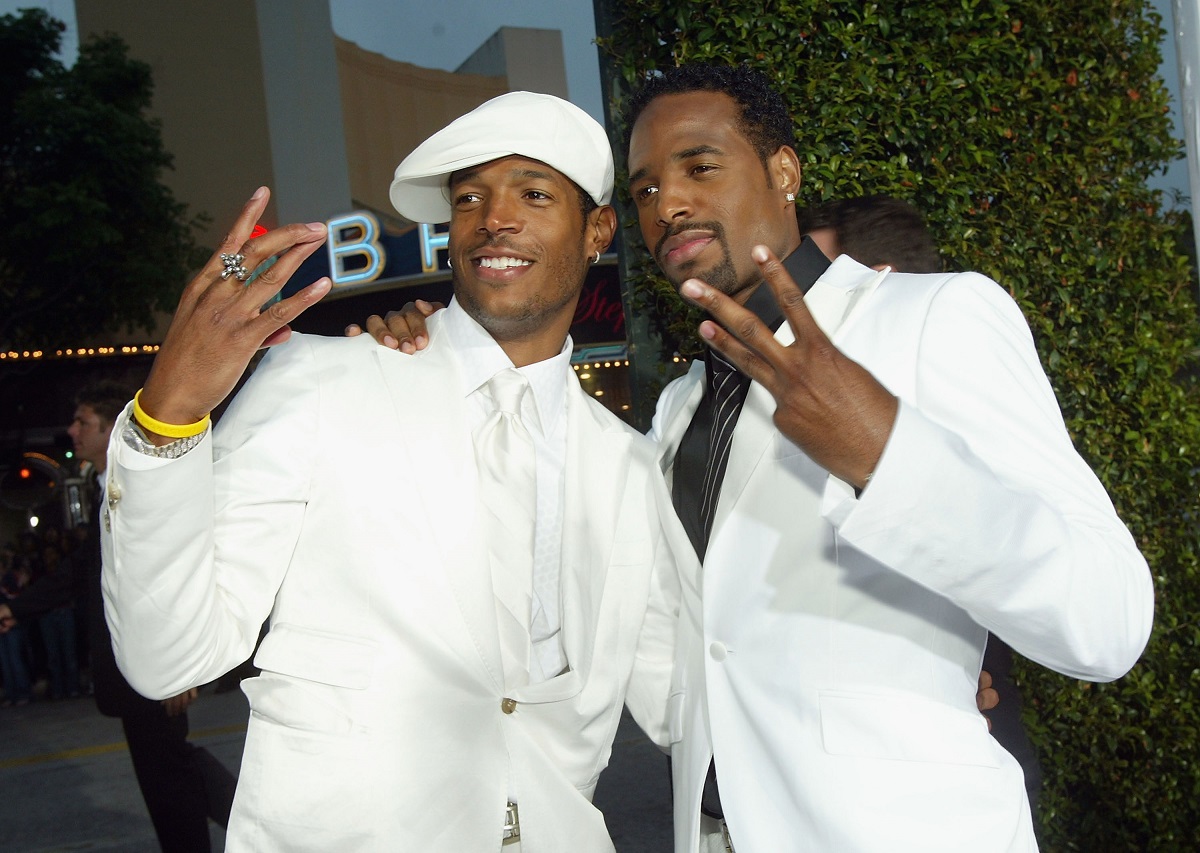 Shawn and Marlon worked on several projects in the late 90s, including the

White Chicks is one of the Wayans brothers’ most memorable movies. But when Shawn Wayans pitched the idea with a 3 a.m. phone call, his younger brother Marlon Wayans thought he wasn’t sober.

‘White Chicks’ is a cult classic

In the ’90s and early 2000s, Keenan Ivory Wayans and his siblings dominated comedy culture with hit projects Iike In Living Color, The Wayans Bros., and Scary Movie. Following the success of Scary Movie 2 in 2001, screenwriters/actors Shawn and Marlon released their next original film, White Chicks.

The 2004 comedy stars Shawn and Marlon as brothers/FBI agents Marcus Anthony II and Kevin Copeland. In the movie, Marcus and Kevin are tasked with supervising two wealthy sisters and protecting them from kidnappers. But a change of events prompts the duo to go undercover as the blonde socialites.

Despite its negative reception from critics, the film was a box office hit. On a budget of $37 million, White Chicks grossed over $113 million worldwide. It has since become a cult classic.

Shawn and Marlon worked on several projects in the late 90s, including the Scary Movie films. But when Shawn reached out to his little brother in the middle of the night to pitch White Chicks, Marlon didn’t know how to take it.

“I don’t know, I think Shawn was high when he called me up with this idea,” Marlon told GQ. “He doesn’t [sic] smoke weed, but I think he was high on green tea… I think someone put weed in his green tea because he called me up and was like, ‘Marlon, we should play two white girls.’ It was like three in the morning.”

In his pitch, Shawn suggested the two play Paris and Nicky Hilton as detectives. “I said, ‘Bro, like you high?’” Marlon recalled. “He said, ‘No.’ I said, ‘Well then you need to smoke something to go to sleep.’ And I hung up.”

Shawn came by Marlon’s house the next day and brought along a Rolling Stone Magazine with the Hilton sisters on the cover. He convinced Marlon that the Hiltons were the perfect inspiration for their characters. And after watching Some Like it Hot, the two began developing the script for White Chicks.

In an interview with Entertainment Weekly, Shawn and Marlon talked about what it was like working on White Chicks. And Shawn recalled how the concept for the film first came to him.

“I was in my robe, walking around my house one night, and the idea hit me,” Shawn said. “I read an article about Paris Hilton and Nicky Hilton. They were on the cover of FHM. They were getting in fights and stuff and acting real …read more

Kim Kardashian and Pete Davidson’s Breakup: Body Language Expert Says ‘the Writing Was on the Wall’