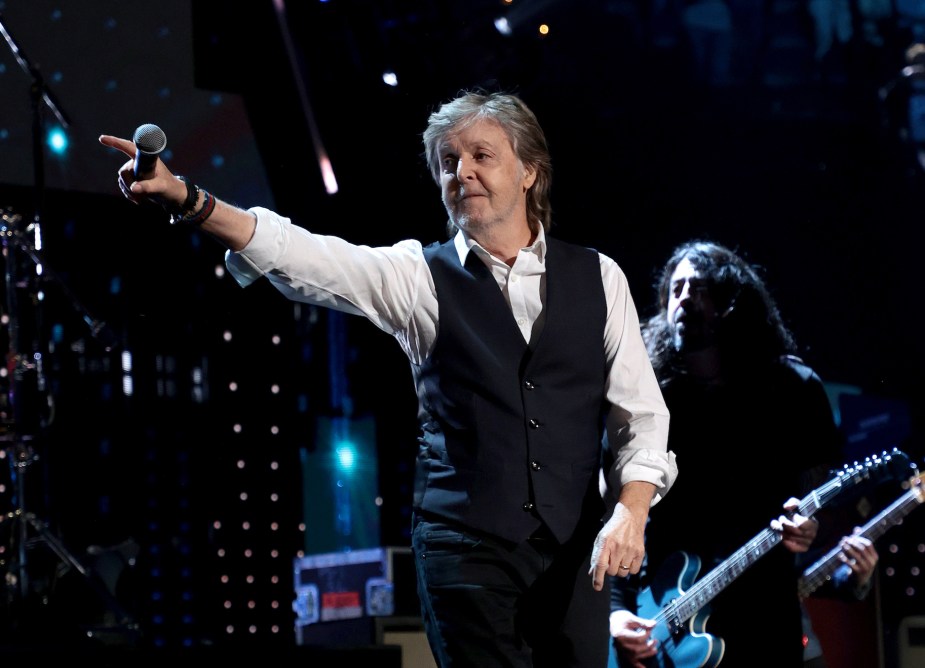 Many modern music acts are influenced by Paul McCartney and The Beatles. The band’s songwriting talent and distinct instrumentals inspired how many want their music to sound. McCartney still pays attention to modern music and shares two music acts that are some of his favorites.

Paul McCartney and the other Beatles had several rock artists who they idolized. One of those acts was Elvis Presley. Elvis became a sensation before The Beatles emerged, but he similarly popularized rock n’ roll in America during the 1950s. The Beatles became global superstars in the 1960s and competitors with the king of rock. In an interview with the Smartless podcast, McCartney discussed Elvis’s impact on him and what it was like to meet him.

“I love Elvis, and he really was huge for us,” McCartney said. “And we ended up meeting him, which is, that’s a zany moment because I do have to think, ‘Did I really meet him? Yeah, you did. Yeah, I really met Elvis.’ And was he cool? Yeah, he was really cool. And he lived up to all our expectations.”

McCartney said it was somewhat awkward because they were the rising stars who were about to supersede Elvis as the kings of the music industry.

“We were the kids on the block who were gonna wipe him off the block, which was kind of very embarrassing because we didn’t want to do that,” McCartney shared. “We loved him.”

Similar to the British Invasion of the 1960s, the 2010s saw an emergence of K-pop, led by BTS. BTS is a Korean boy band who have been dominating the U.S. charts with hits like “Dynamite” and “Butter.” Paul McCartney said he follows the K-pop band because they remind him of how The Beatles were when they were beginning to become international icons.

“I had just seen some kids go through what we went through. BTS, the Korean guys. I like watching them to see what’s going on,” McCartney admitted. “I think they’re good. I couldn’t sing one of their songs.”

McCartney saw his influence on BTS in an appearance on The Late Show With Stephen Colbert. Colbert showed him a clip of the group singing, “Hey Jude.” When asked why he believes his music has been able to transcend languages and foreign barriers, McCartney said, “Easy lyrics.”

While Paul McCartney thinks BTS is a music act manufactured to be like The Beatles, he said Taylor Swift is an artist he finds authentic.

“There are some people though who are not just manufactured, like Taylor Swift,” he explained. “She’s like pretty cool.”

McCartney and Taylor Swift recently sat down for a conversation for Rolling Stone, where the two discussed how they fell in love with music and their songwriting processes. Both …read more