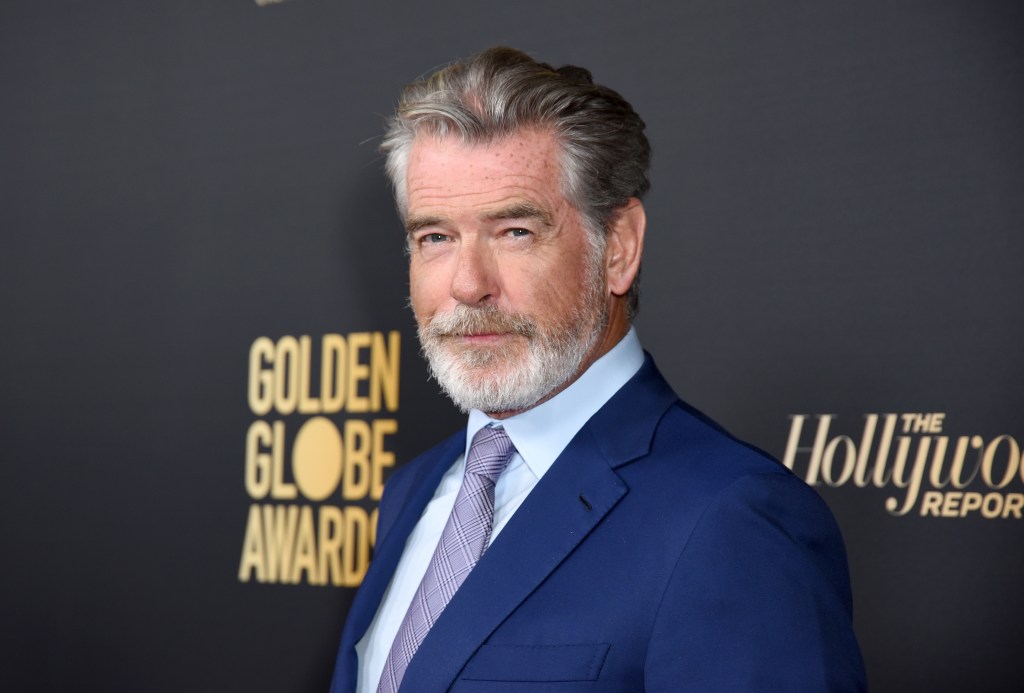 It may be a year late but Pierce Brosnan’s review of No Time To Die is finally in – and while he has glowing praise for Daniel Craig’s performance, he’s not entirely sold on the movie as a whole.

Craig, 54, made his final appearance as 007 in the epic blockbuster, which was released in September 2021, after 15 years of playing the iconic British spy.

It quite literally put the bookend on Craig’s stint as Bond with – * SPOILER ALERT * his version of the agent meeting the unfortunate fate of death.

Craig now joins the Bond hall of fame of actors who have taken on the coveted role, with the late Sir Sean Connery and Sir Roger Moore among them.

Brosnan also famously played 007 in four movies; Die Another Day, GoldenEye, The World Is Not Enough and Tomorrow Never Dies.

Sharing his thoughts on the most recent instalment, which featured Craig donning Bond’s tux for the last time, Brosnan told British GQ: ‘I saw the last one, and I saw Skyfall, I love Skyfall. I’m not too sure about the last one. Daniel always gives of his heart.’

Pierce Brosnan played 007 in four instalments over the 90s and 00s making him an OG (Picture: Rex Features)

Continuing to give Craig his due, Brosnan added: ‘Very courageous, very strong. But…,’ leaving his thought to float off unfinished.

Of course, the Mamma Mia actor was quizzed on who he thinks should play Bond next, with the role currently vacant following Craig’s departure.

Idris Elba, Tom Hardy and Rege-Jean Page are among the names being floated around, while some have called for a woman to officially take on the role after Lashana Lynch briefly became 007 in No Time To Die.

He’s joined by his sons Dylan and Paris in the shoot (Picture: Danielle Levitt)

However, Brosnan stated: ‘Who should do it? I don’t care, it’ll be interesting to see who they get, who the man shall be, whoever he be, I wish him well.’

Producers Barbara Broccoli and Michael G. Wilson recently explained that they haven’t cast the new Bond actor yet as it’s still ‘early days’, but admitted it’s not an easy role to take on due to the length of time the chosen candidate is expected to sign up for.

‘The thing is, it’s going to be a couple of years off,’ Barbara said.

‘And when we cast Bond, it’s a 10-, 12-year commitment. So he’s probably thinking, “Do I really want that thing?” Not everybody wants to do that. It was hard enough getting [Craig to do it].’

The October issue of British GQ is available via digital download and on newsstands on 27th September.