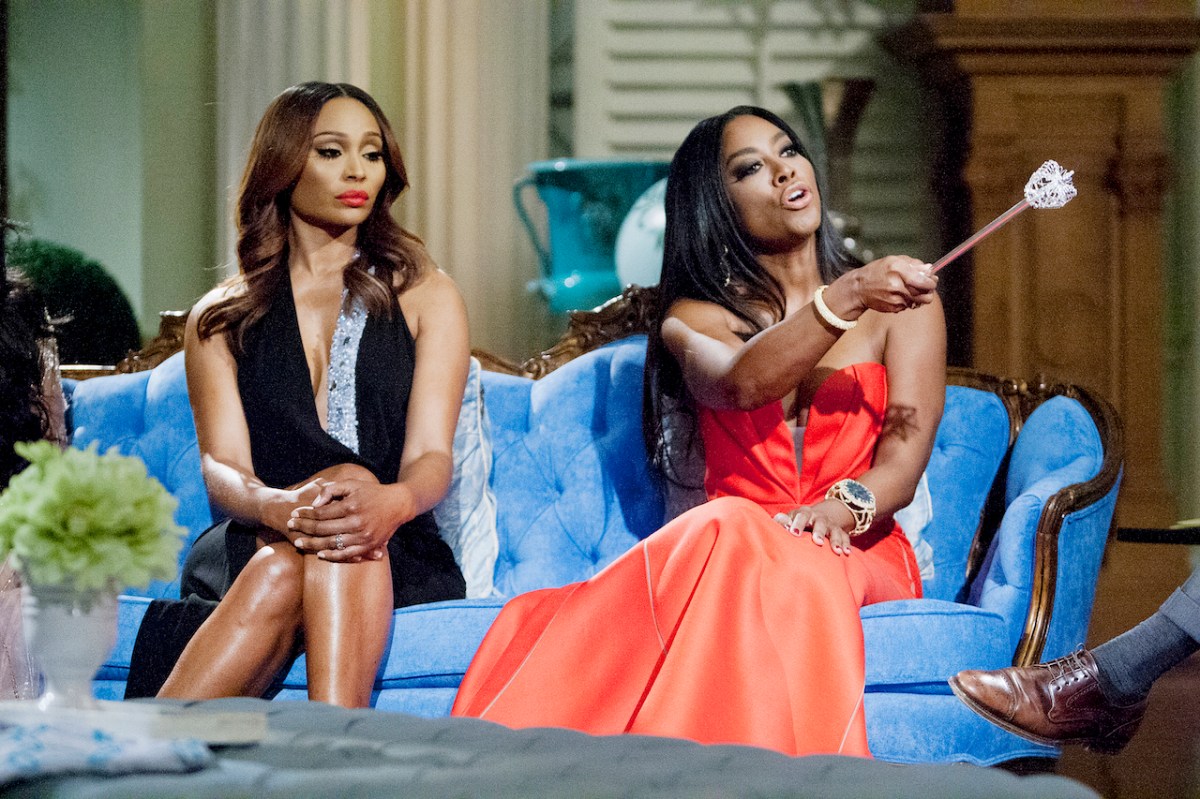 Kenya Moore wanted to quit the show after her first season

Moore joined the cast in Season 5 and made a splash. Her rocky relationship with Porsha Williams was a splash. She initially started off as

The Real Housewives of Atlanta got an even bigger boost when Kenya Moore joined the cast. The former Miss USA came into the cast and quickly established herself as the queen bee, but many viewers didn’t like her. The criticism got to her, and she considered not returning after her first season.

Kenya Moore wanted to quit the show after her first season

Moore joined the cast in Season 5 and made a splash. Her rocky relationship with Porsha Williams was a splash. She initially started off as friends with Phaedra Parks, but their relationship soured amid a business deal gone bad. Parks also accused Moore of wanting her then-husband, Apollo Nida. Moore received much backlash from viewers about her inappropriate behavior with Nida and thought about quitting the show.

Carlos King recently signed on to be the executive producer on the show after a year-long hiatus. But things quickly changed for him. “A week later, after I said yes to producing the show, I get a phone call that Kenya Moore was not going to return to the show. And baby, I gagged because a part of me was like, ‘Let’s be clear, I did the first four seasons, so I knew the rest of the cast. But because I didn’t do Season 5. Kenya Moore was that girl, and I wanted a taste of that action,” King shared on a recent episode of his Reality With the King podcast.

King says he didn’t see the season being a success without the former beauty queen. “So to hear that Kenya Moore was not going to come back, I’m like, ‘I’ve been bamboozled. Is there a Season 6 without Kenya? What’s going on here?’ So I was nervous,” he added.

King was so convinced the show wouldn’t have the same flavor without Moore that he flew to Los Angeles to meet with her in person, hoping she’d stay.

“I’m like Kenya, I only came back for you,” King says he told her. “Kenya felt that her first season – that’s when social media started to become big, and she received a lot of shade and just conversation about her behavior, and she had a very rough season. I promised her, I said, ‘Look, if you come back to the show, I promise that I’ll hold your hand through this process, and we’ll get through this together. I got you, but I need you.’ So she said yes.”

He knew that with Moore staying, he had a great cast to work with. The season is rated the most influential season of any Bravo franchise by TIME Magazine, and the season is also the highest-rated ever on the network.

Kenya Moore has transitioned from villain to fan-favorite