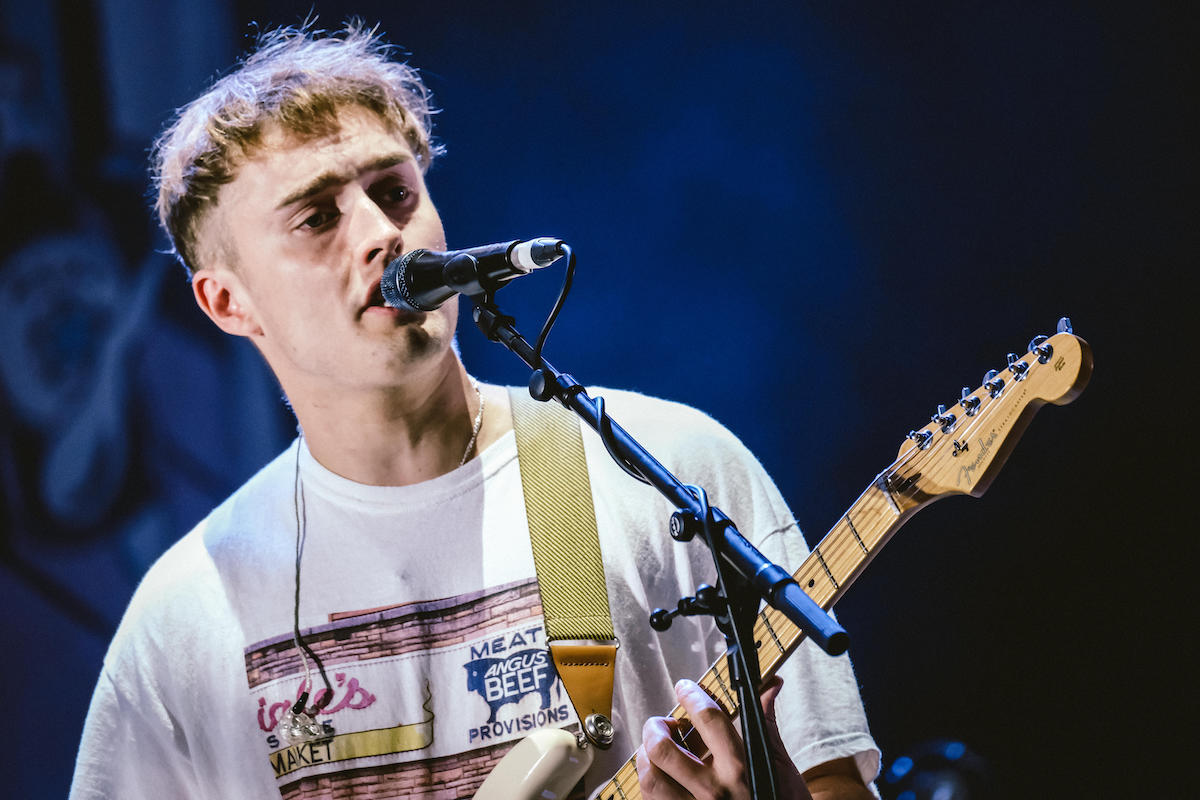 Sam Fender is a young up-and-comer making big waves in the music industry. Known for his high tenor voice, Fender was born and raised in England. Though he’s still best known to U.K.-based listeners, his fan base is growing, and it’s just a matter of time before he experiences success on the U.S. rock music charts too. Music is a personal thing to Sam Fender, and the singer-songwriter discussed why his Gibson Les Paul guitar is so important to him.

What did Sam Fender reveal about his Gibson Les Paul guitar?

Many musicians have a favorite instrument for one reason or another. Sam Fender is no exception. Though he mostly plays Fender guitars in live shows, his most prized possession is a Gibson Les Paul. In a December 2021 interview with LADbible, Fender revealed the reason why his Les Paul is so important.

Asked to name one item he can’t live without, Fender answered without hesitation: “It would be my Les Paul because when my granddad passed away, he left us 700 quid, and I went and got this Les Paul guitar. And that guitar is, for me, it’s like my and my granddad’s thing. So that would be the one.”

What is Sam Fender best known for?

Tramlines & Truck up next ? pic.twitter.com/hMiue0W338

Sam Fender developed an affinity for music at an early age. “I messed around with the guitar from the age of about 8,” he told GQ, “but when I hit 13, it was the only thing I wanted from life.”

By the time Fender was 18, he was playing club gigs in and around North Shields, England. Not long after, he signed a record deal and began writing songs. In 2019, Fender won the Rising Star Award, solidifying his rise to the top. And that September, he released his debut studio album, Hypersonic Missiles.

In late 2021, Fender released his second album, Seventeen Going Under. By that time, he was one of Britain’s fastest-growing rock music acts. He’s still going strong and looks poised for international success, having just won the Brit Award for Best British Alternative/Rock Act, according to Chronicle Live.

The Gibson Slash “Victoria” Les Paul Standard Goldtop has all the great features you’d expect from a Gibson Les Paul, such as a mahogany body with a maple top, plus Slash’s personal touches, and comes with a vintage-style hardshell case. #gibson #theoriginal pic.twitter.com/46ZIxiVnB4

The Gibson Les Paul guitar has long been an instrument synonymous with great names in rock and roll. Some of the best-known musicians have used Les Paul guitars during their stage performances, with fans instantly recognizing the instrument for its signature design and stylish, sleek finish.

According to …read more