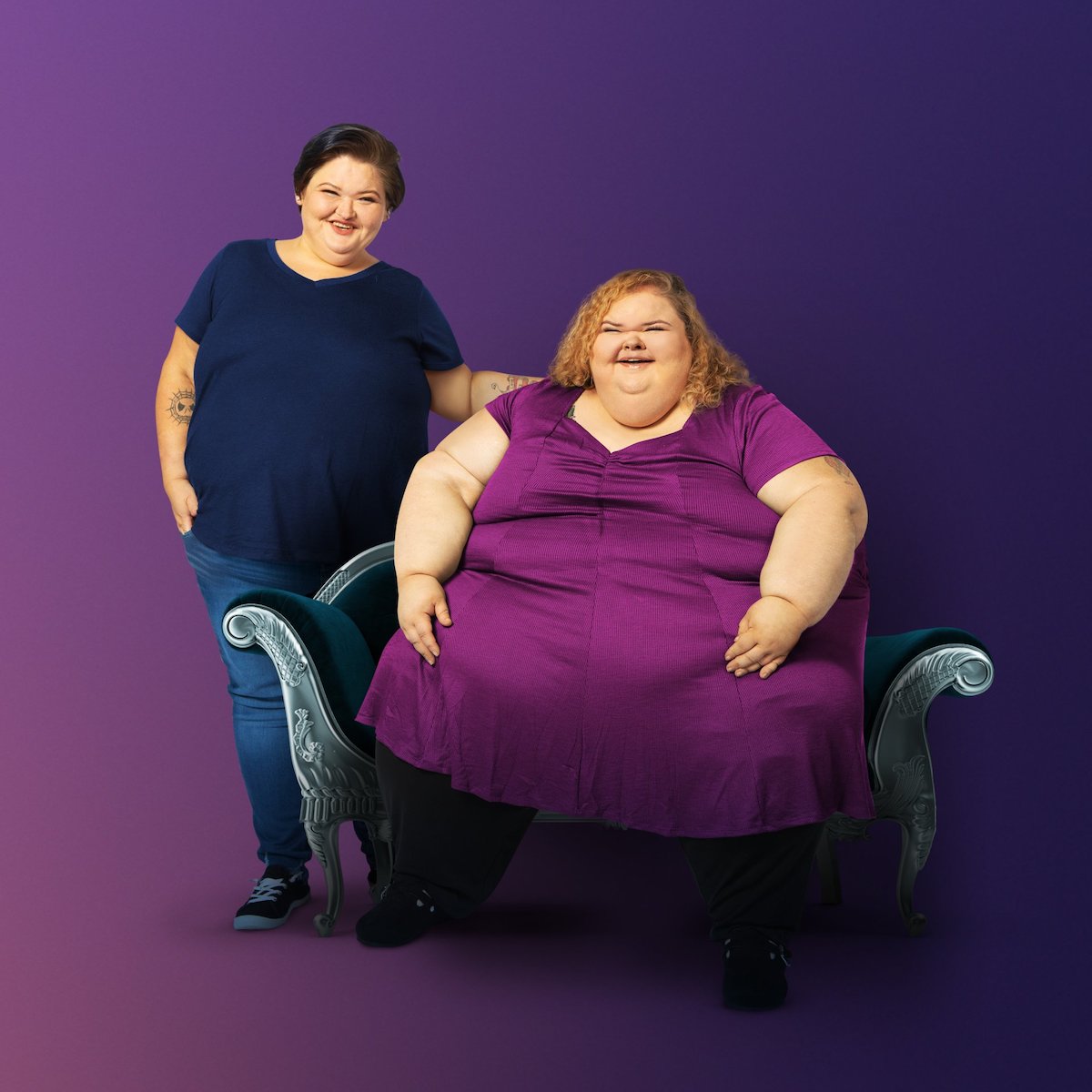 Earlier this year, Amy spoke about the challenges of working on the show with children. “I feel like I’m being a bad mom when I’m at work,” she told

Over the weekend, Tammy and Amy Slaton shared a big announcement with 1000-Lb Sisters fans. “There is no more Slaton Sisters,” Amy said in a TikTok video. Find out what it all means, plus details about season 4 of the TLC series.

Earlier this year, Amy spoke about the challenges of working on the show with children. “I feel like I’m being a bad mom when I’m at work,” she told The U.S. Sun. “[Gage is] always at Granny’s when we’re filming and stuff. I feel like I’m losing valuable time.”

Amy admitted working less hours would help combat those feelings. At the same time, Tammy entered a rehab facility. Between Tammy’s medical stay and Amy’s desire to work less, some fans weren’t sure season 4 was going to happen. Now we know that’s not the case.

“Okay y’all, there is no more Slaton Sisters,” Amy says in a TikTok post from the official TLC account. “I would love to present to y’all The Willinghams.”

Amy has not been a Slaton since 2019 when she married Michael Halterman. Now, her sister has changed her name, too.

Tammy married Caleb Willingham at the Windsor Lane Rehabilitation Center in Gidsonburg, Ohio on Saturday, Nov. 19, 2022. “Y’all knew me as Tammy Slaton, but now y’all know me as Mrs. Tammy Willingham,” the bride says in the video. “I’m married now!”

Tammy was previously in a relationship with a man who her family did not approve of because he supported Tammy’s eating habits. However, they seem to feel differently about Caleb.

“Mine all mine,” Caleb says in the post. Tammy concludes the video by saying: “Stay tuned for season 4 of 1000-Lb Sisters.”

Earlier in November 2022, Variety confirmed a fourth season of the TLC series. “Tammy makes ‘a life-altering decision’ after surviving a near-death experience,” the outlet reported. “Amy, expecting her second baby, isn’t sure how being an overweight mother will work, while Chris is desperate to qualify for skin removal surgery.” The series returns in 2023.

With the fourth season around the corner, many fans are hopeful they’ll get to learn more about Tammy’s husband, Caleb. “Maybe season 4 will introduce the guy Tammy is marrying and show her family’s reaction to their relationship,” said one Redditor. Some think we might get to see the wedding in season 4, while others think TLC will split it up and show Tammy’s budding relationship and engagement in season 4 and the wedding in potential future seasons.

Of course, there are other members of the Slaton Family fans can’t wait to catch up with in season 4. Amy welcomed another son earlier this …read more