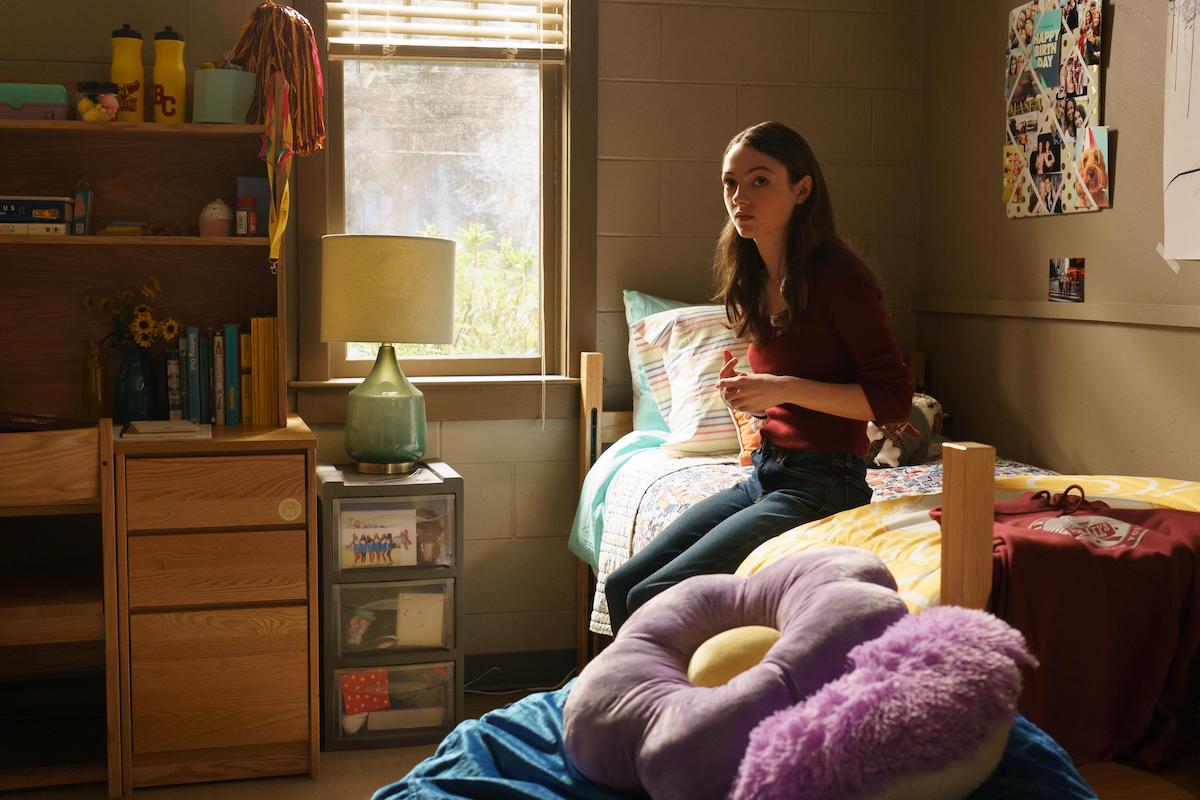 It’s the holiday season in the Sept. 21 episode of Hulu’s original series, Tell Me Lies. Lucy (Grace Van Patten) and Stephen (Jackson White) leave campus and reluctantly head home. During the school break, Lucy opens up about her past and discovers something new. Meanwhile, Stephen gets a surprise guest amid a tense few days with his family. Continue to get a recap of Tell Me Lies Season 1 Episode 5: “Merry F*cking Christmas”

‘Tell Me Lies’ Season 1 Episode 5: Lucy and Stephen don’t like being at home for the holidays

“Merry F*cking Christmas,” which began streaming on Sept. 21 according to Hulu, jumps ahead to December 2007. Lucy and Stephen plan to see each other on Dec. 26 before going their separate ways.

Meanwhile, tensions are high at Stephen’s house. His fraught relationship with his mother is clear from the moment he walks through the door. He and his siblings tiptoe around while their mother rests.

Later, a head-scratching flower shop visit makes sense when Stephen and his siblings realize their mother has orchestrated a run-in with their father and his pregnant girlfriend.

Stephen also learns about new developments in his siblings’ lives. His brother, Vince (Cody Ray Lee), is moving home to care for their mother. As for his sister, Sadie (Alayna Hester), she wants to go to a New Jersey boarding school.

“She’ll never forgive you,” Stephen says, referring to their mother, upon hearing Sadie’s news. The catch? The application can’t be submitted without a parent’s signature. So Stephen goes to their father.

‘Tell Me Lies’ recap: Lucy tells Max what happened with her dad

Lucy’s had enough by Christmas Day. She leaves amid growing tensions.

Lucy holes up at a local inn with Max (Edmund Donovan). There she reveals to him what happened with her dad and why she’s so cold to her mom.

Lucy explains she’d been caring for her dad at home alone when he began to “crash.” Calls to her mother went unanswered. Only hours later, when her father had long since died, did CJ reply.

Lucy continues, revealing her mom lied about the “appointment” she had at the time. She’d actually been with her father’s close friend, James (Garrett Hines).

Now, three years after her dad’s death, Lucy suspects her mother is seeing James again. CJ’s wearing a new necklace from a “friend.” Not only that but James unexpectedly stopped by to drop off a gift basket.

While Stephen gets a surprise …read more