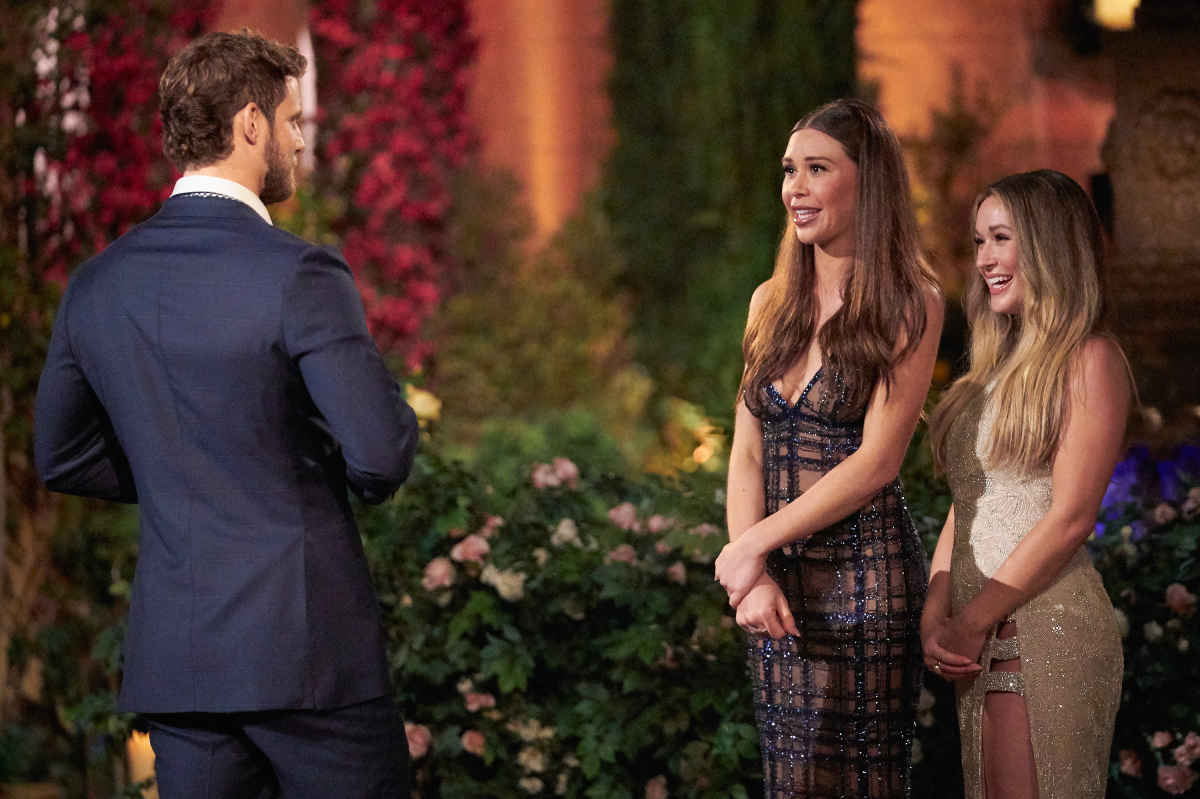 Erich is Gabby’s only remaining contestant on ‘The Bachelorette’

The Bachelorette 2022 has been a whirlwind for Gabby Windey and Erich Schwer. After hometowns, Gabby sent both Johnny DePhillipo and

Erich Schwer is Gabby’s final remaining contestant on The Bachelorette 2022. However, quite a bit of controversy surrounding Erich has surfaced. Namely, one of Erich’s ex-girlfriends has come forward saying that she was dating him until he was offered a spot on The Bachelorette. Erich’s ex also claims that he sent her a dozen roses a mere days before he left to film the show.

Erich is Gabby’s only remaining contestant on ‘The Bachelorette’

The Bachelorette 2022 has been a whirlwind for Gabby Windey and Erich Schwer. After hometowns, Gabby sent both Johnny DePhillipo and Jason Alabaster home. This left Gabby with only one contestant remaining — Erich.

Erich and Gabby confessed their love for each other, and it seems they will find their happily ever after. However, that’s not the end of the story. In the two-part finale of The Bachelorette 2022, Erich has expressed doubts about getting engaged in such a short amount of time.

There has also been quite a bit of controversy surrounding Erich emerging. A high school photo of Erich in Blackface recently resurfaced, leading to Erich apologizing on Instagram. Additionally, one of Erich’s ex-girlfriends has come forward to share her experiences.

With her permission, Reality Steve recently revealed the name of Erich’s ex-girlfriend, Amanda Kaylor. A single mom, Amanda met Erich on Hinge in January of this year. In a statement posted by the Instagram account @BachelorNation.Scoop, Amanda wrote that the pair dated for a few months until Erich received a call offering him to be a contestant on The Bachelorette.

Amanda made it clear that she had no intention of waiting for him while he went on this dating show, though they both expressed sadness about their relationship ending.

In her statement, she wrote, “Ten days later (March 22nd), I received two dozen roses at my door with a note from Erich saying, ‘I’ll never stop thinking about you.’” According to Reality Steve, this occurred two days before Erich left to film The Bachelorette.

Amanda included screenshots of their texting conversation on the same day. Erich wrote, “I hate to play with your emotions. I just went home for a while, and I couldn’t stop thinking about you, and I wanted to send you flowers to maybe make you smile.”

Are Gabby and Erich still together?

The final episode of The Bachelorette is coming up, along with the After the Final Rose special. It seems likely that the recent controversy surrounding Erich will be brought up on ATFR. Reality Steve reports that the last he heard, Gabby and Erich were still together, but that was before …read more