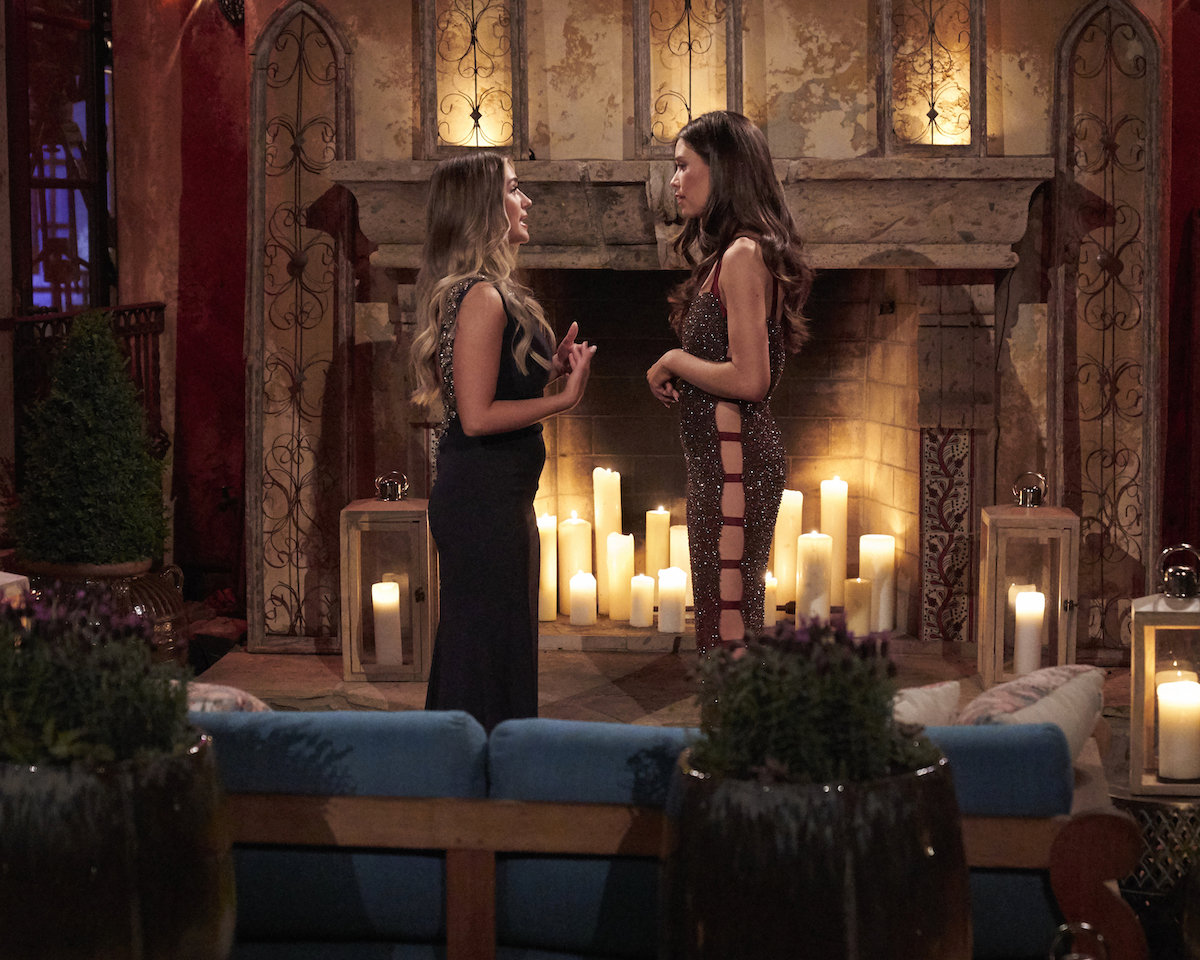 ABC’s The Bachelorette Season 19 finale is finally here, and fans are excited to see how Rachel Recchia and Gabby Windey’s journey ends. So far, rumors suggest Rachel has a rocky ending with Tino Franco. But in an earlier interview, she maintained she has zero regrets about her season despite the “mistakes” she made along the way.

Rachel Recchia and Tino Franco end part one of The Bachelorette Season 19 finale as a couple. Rachel has reservations about Tino’s family disliking her, and she goes through a heartbreaking breakup with Aven Jones. But ultimately, she loves Tino and wants him to get down on one knee for her in part two of the finale.

So, does the couple get engaged? Earlier spoilers from Reality Steve note they do — but their engagement doesn’t last. According to the spoiler guru, Rachel called off her engagement, but she still wanted to date Tino. Unfortunately, after this, Tino allegedly kissed another girl one night, leading to his breakup with Rachel. Fans will see the ensuing chaos play out during the finale.

“Was told Tino knows he screwed up, has apologized, but Rachel is checked out of the relationship,” Reality Steve wrote. “Doesn’t seem to be any reconciliation coming at the ATFR. My guess based on what I heard is that if Rachel would’ve given it another chance at the time, Tino would want that, but he understood why Rachel made the decision she did.”

Rachel says she doesn’t have any regrets about her season

While Rachel Recchia and Tino Franco don’t last after The Bachelorette Season 19 finale, Rachel maintains she doesn’t have any regrets about her season. She spoke to Access about the end of her season.

“I think Gabby and I just ultimately followed our hearts all the way through the end,” Rachel told the interviewer. “It was not an easy journey all the way up to the end, and people are going to see that. But, we are happy.”

When the interviewer asked Rachel if she has any regrets, Rachel responded with, “I really do not have any regrets. Of course, I made mistakes. I think everyone makes mistakes. But, I was just really being true to myself, my emotions, and following my heart. And I think Gabby was as well. I hope people will be able to see that.”

Could she have another shot at love with Aven Jones?

(BREAKING SPOILER NEWS): Aven is at the ATFR tonight & he’s going to ask Rachel to date post show. I don’t think Rachel knows he’s there. Not sure I buy this. Seems being done more to give Rachel some happiness to end the show, a la Tyler C asking Hannah Brown out on her ATFR.