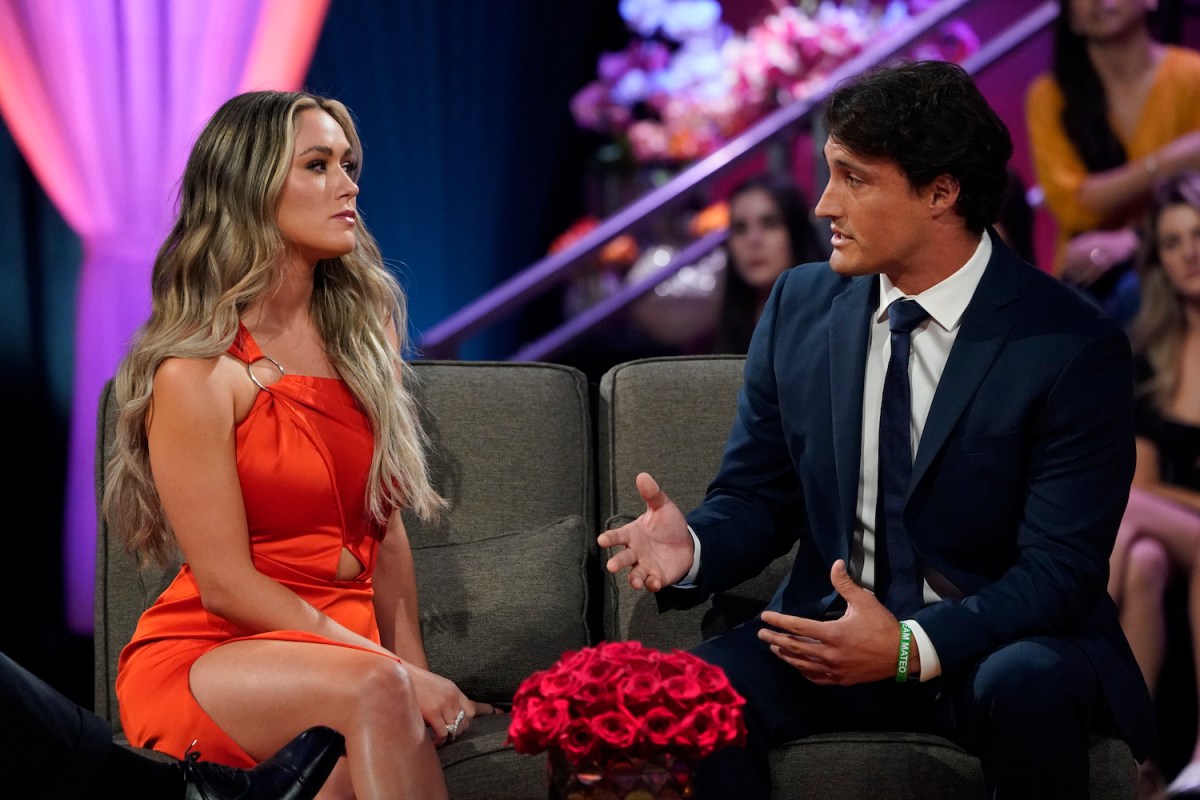 Rachel Recchia chose Tino Franco at the end of The Bachelorette Season 19 finale, but their relationship quickly went downhill. The couple shared that they went through difficulties after filming ended, but they were able to patch up their relationship. Unfortunately, Tino later called Rachel to explain to her that

ABC’s The Bachelorette Season 19 finale was difficult to watch due to Rachel Recchia and Tino Franco’s breakup. The couple got engaged during the finale and parted ways soon after. Now, Tino’s dad, Joe Franco, is speaking out about how Tino feels after the breakup. Here’s what he recently shared.

What did Tino Franco do to Rachel Recchia on ‘The Bachelorette’ Season 19?

Rachel Recchia chose Tino Franco at the end of The Bachelorette Season 19 finale, but their relationship quickly went downhill. The couple shared that they went through difficulties after filming ended, but they were able to patch up their relationship. Unfortunately, Tino later called Rachel to explain to her that he kissed another woman while they were still seemingly engaged. This completely broke Rachel’s trust, and chaos ensued.

Rachel and Tino continued their tense conversation during the After the Final Rose ceremony. Tino’s apologies didn’t go over well with Rachel, and it was clear their relationship was over. Aven Jones then came out to sweep Rachel off her feet, and she left the stage with Tino hanging.

“In regards to my conversation with Tino, I really wished it would have went a different way,” she shared with The Hollywood Reporter. “But ultimately, I really just do wish him well and hope for the best for him. Honestly, I wish we could have had more of that sort of a discussion, but I can’t really regret, looking back. It just played the way it did.”

I think we’re all still a little stunned from #TheBachelorette Live Finale…If you missed it, Stream on Hulu now. pic.twitter.com/3j8OQibtUG

Rachel Recchia has spoken out about her breakup with Tino Franco since The Bachelorette Season 19 finale ended. So far, Tino hasn’t said much, though his father, Joe Franco, has. Joe received flack for his treatment of Rachel during her hometowns visit, though he maintains he didn’t mean to come off as harsh. He recently spoke to The Honestly Unfiltered Podcast about how Tino’s doing post-show.

“I think, give him six months, and he’ll probably say that was really a good thing,” Joe shared. “I’m not saying he came out of this bitter, but, you know, it was tough. I think he was in it for the right reasons. It’s funny, he was confident — maybe a little too confident. … Then, people pick at that.”

“I think Tino will look on it as a real interesting experience,” Joe continued. “It had its highs and its lows, but I think the highs will outweigh. He needs time to kind of get away from it.”

As for the finale, Joe said he thought Tino was in a “very good place” heading into it. “He sees …read more