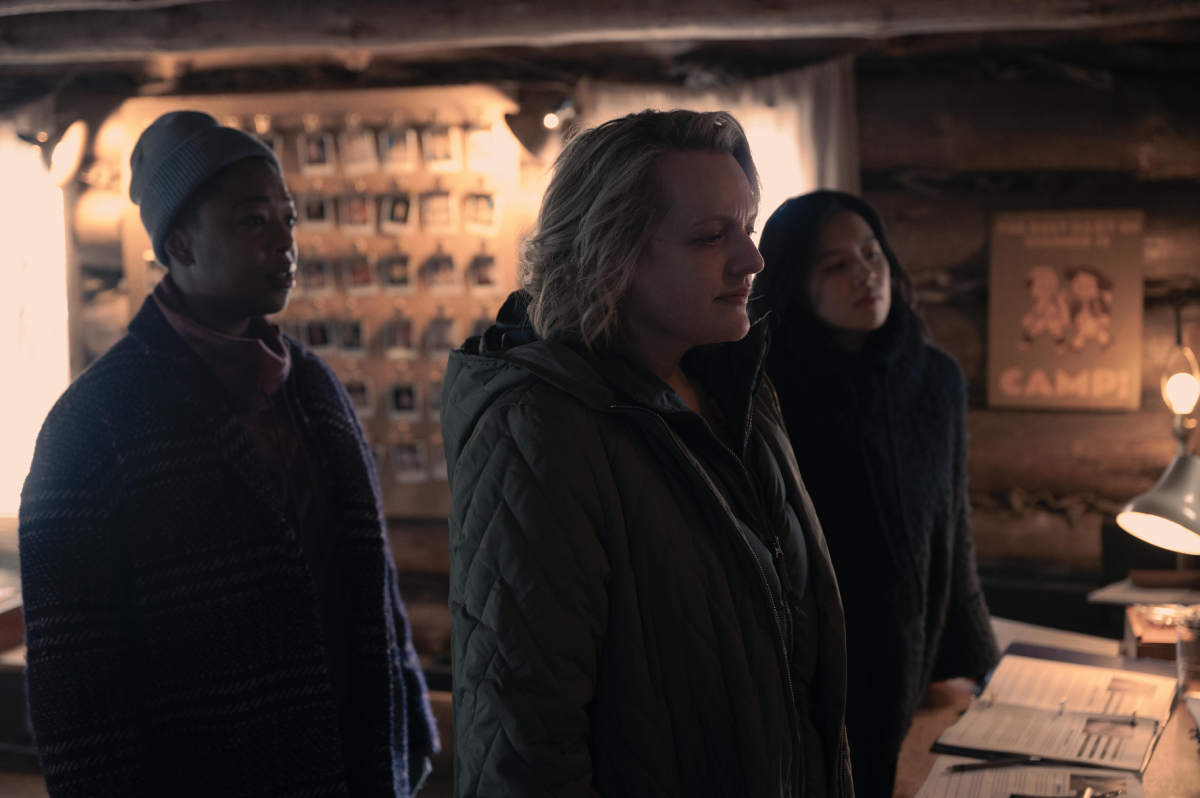 Since The Handmaid’s Tale began, whispers of a secret resistance group working to bring down Gilead have circulated. In season 5,

The Handmaid’s Tale Season 5 added Christine Ko to it’s cast of phenomenal actors. Ko’s character Lily is a refuge and former Martha from Gilead. Lily met June Moira in episode 3 and revealed that Mayday is very much real and alive. Here’s what the actor has to say about the mysterious organization and her character’s role in the new season.

[SPOILER ALERT: Spoilers ahead for The Handmaid’s Tale Season 5 Episode 3.]

Since The Handmaid’s Tale began, whispers of a secret resistance group working to bring down Gilead have circulated. In season 5, Moira and June learn that this group, Mayday, is real when they visit an outpost of refugees along the Canadian border.

“Mayday is everywhere,” a Mayday operative named Lily (Christine Ko) tells June and Moira. “We thought it wasn’t real. “We thought we made it up because we had to,” June says. “Well then, you were Mayday too,” Lily replies

“You see everyone talk about this mysterious force that is called Mayday, and June thinks it is a place. And when you meet my character, Lily, she takes you to Mayday,” Ko explained while speaking to Meta Critic. “The description of this camp and the women there and the refugees there, that was all in Season 1. And so I was like, ‘Wow, how lucky am I to be able to have all of that, without having to create it in my mind?’”

Lilly reveals that Mayday operates with small outposts, families, and other people trying to do some good. Moira describes the operatives as “suicidal” and “traumatized refugees,” but Ko feels like it’s “more complicated” than that.

“When [creator] Bruce [Miller] did his research about refugees, the one thing he actually said when we were at the [TIFF] press junket was [that] trauma lives with you; it just doesn’t go away, and it’s constantly triggered throughout your life,” Ko told Meta Critic.

Christine Ko Put ‘The Handmaid’s Tale’ on Her Vision Board and Now She’s an Integral Mayday Leader on It https://t.co/qpGpOHy3ZI pic.twitter.com/J06k2B1KDm

“And so, what was really helpful for me to understand this character was, ‘Yeah, she’s gone through all these things, but there is such a fight in her.’ And I have a feeling that she’s always had this fight while she was a Martha, it just never had its chance to release.”

Though Christine Ko’s character Lily is a Mayday leader and survivor of Gilead in The Handmaid’s Tale, she doesn’t let herself become hardened by her experiences.