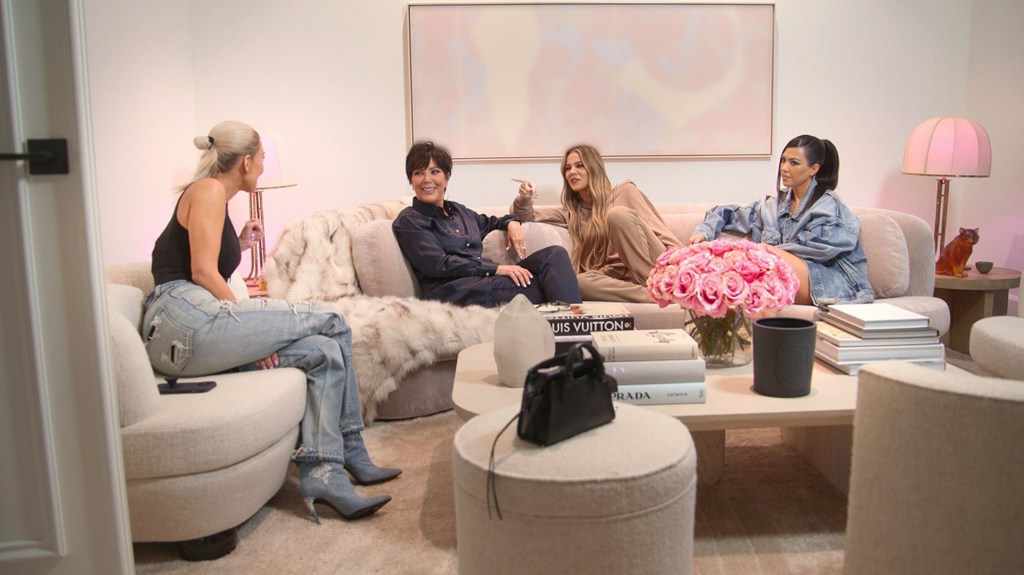 Fans who have been keeping up with Kardashians since the beginning have recently questioned where the drama has gone following the release of season two.

After 14 years, over 200 episodes, and several catfights and confrontations, the original reality show aired its final episode last year.

However, the famous family weren’t off our screens for too long as their Hulu series The Kardashians made its debut at the beginning of the year.

And while that’s all been pleasant viewing, fans have branded the new structure ‘boring AF.’

After Kim asked her Twitter followers what they wanted to see in the next installment, fans replied in their droves with the same response.

‘You guys have too much control of the show as EPs it’s not as authentic as the first few seasons. It’s made to look like it is, but it isn’t partly due to the fact that you guys are aware of your fame and there’s no coming back from that. It was a fun run just let it be,’ one person replied.

One person tweeted: ‘The Kardashian’s need to go back to E. The show is so boring now.’

Another added: ‘We down bad watching this season…it was soooo bad. Please brinng some drama, fun, and relationship dynamics like KUWTK. Not interested in shoot bts, work stuff, etc. Also please film together as a family. The new format is not giving.’

Fans believe the conflict content was lacking since the show’s move to Hulu (Picture: Hulu / BACKGRID)

Attentive fans also believe that the Kardashian klan’s deviation from scandal-esque storylines is their way of ‘rebranding themselves.’

Skims founder Kim and ex-husband Kanye West found themselves in a public war of words during her relationship with comedian Pete.

Ye also called out his ex over their daughter North’s TikTok videos.

Fans also called out the Hulu drama for creating a fake plot to avoid addressing the Astroworld tragedy in season one, an event fronted by Kylie Jenner’s boyfriend Travis Scott.

A class action court filing from May claims more than 4,900 people were injured at Astroworld, 732 of which were ‘severely’ injured and required extensive medical treatment.

Where to find Spiritomb and Barboach in Pokémon Scarlet and Violet