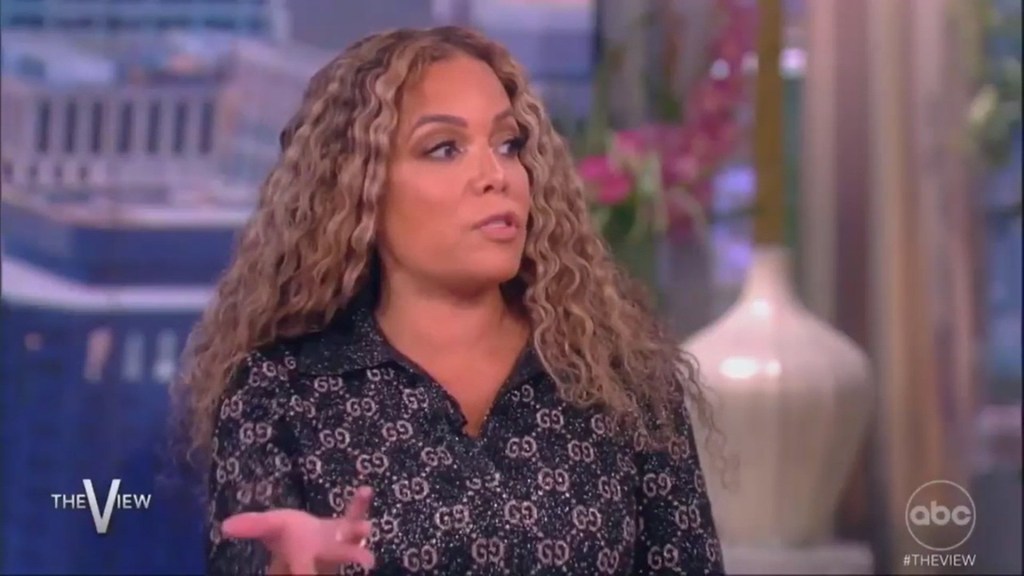 The Payphone singer, 43, was first hit with allegations that he had a year-long affair with Instagram model Sumner Stroh, with Stroh claiming he asked her if he could name his unborn child after her.

In a statement, Levine said he had ‘crossed a line’ by sending inappropriate texts but denies ever having had an affair.

During Wednesday’s edition of the US talk show, host Whoopi Goldberg questioned why the programme was ‘participating’ in the controversial subject.

‘It was an emotional cheating – which I would also burn all of Manny’s [Hostin’s husband] clothes for. But this is different.

‘He made a mistake and he’s a rockstar.’

After Levine’s apology, a collection of celebrities have shared some cryptic thoughts about affairs including Selling Sunset star, Chrishell Stause.

She doesn’t name Levine specifically, but paraphrases the last line of his apology, which read ‘we will get through this together.’

#stitch with @sarasadmomfoster maybe we just hold men accountable instead of just accepting them as terrible, asking them to do 0 work, and then blaming other women? ok gn.

The TV personality took to Twitter and wrote: ‘When apologizing for cheating publicly I hate the -we will get through it together part from a man. Don’t speak for her. You’ve done enough.’

In a TikTok video, model Emily Ratajkowski also voiced her opinion on the double standards between men and women’s roles in affairs, when a man cheats in a relationship.

Speaking to camera, the actress said: ‘I don’t understand why we continue to blame women for men’s mistakes, especially when you’re talking about 20-something-year-old women dealing with men in positions of power who are twice their age.

‘The power dynamic is so skewed, it’s ridiculous. It’s predatory. It’s manipulative. If you’re the one in a relationship, you are the one who’s obligated to be loyal.’

In a separate video, Ratajkowski continued: ‘I think a huge problem in our culture right now is that we just say, ‘Oh, men are monsters, they’re terrible, they’re horrible. We don’t hold them accountable and then we blame other women.’