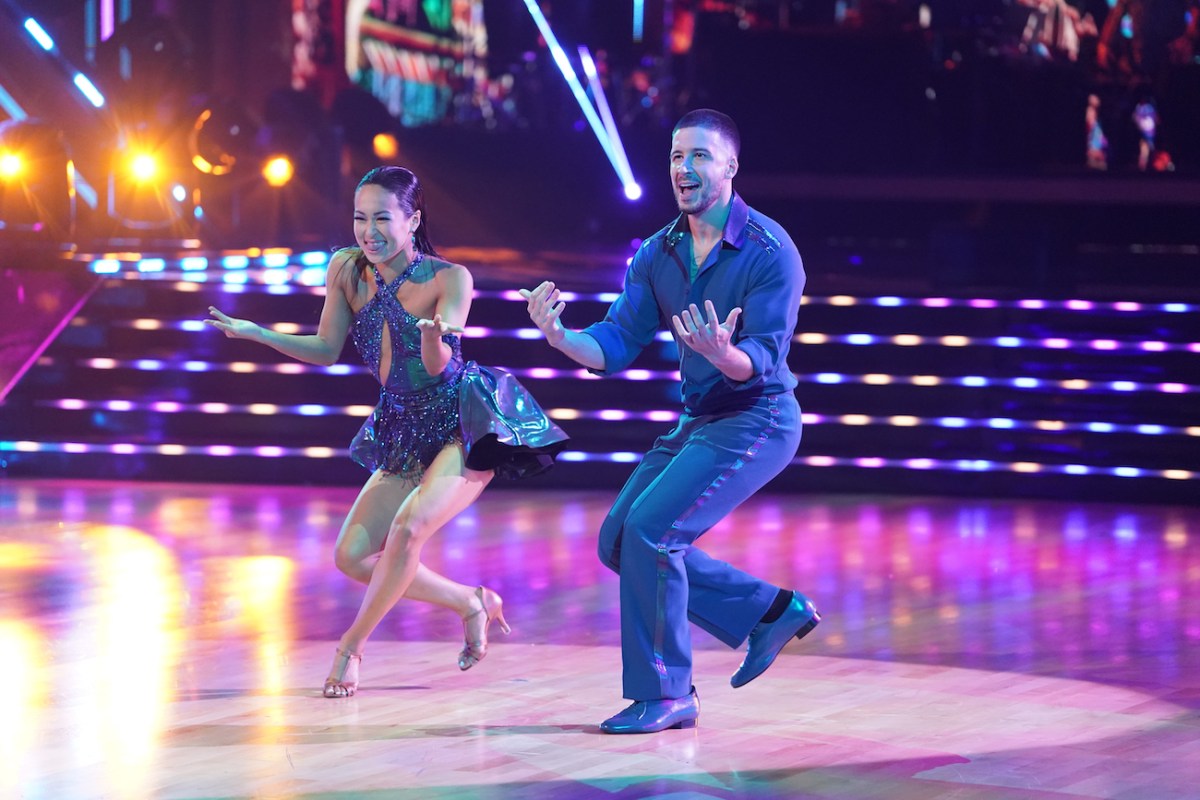 ‘Dancing with the Stars’ 2022 judges gave Vinny Guadagnino low scores, but they weren’t the lowest

Vinny chose his favorite party song by Bad Bunny “Ití Me Preguntó” to perform a salsa to during the DWTS premiere. Despite Vinny being all smiles during his dance, the judges were disappointed with his performance.

Carrie Ann Inaba, Len Goodman, and Bruno Tonioli awarded Vinny fours for his first dance. Derek Hough, the fourth judge in this season of Dancing with the Stars, gave Vinny a five and mentioned the room he has to improve.

Surprisingly, Vinny and Koko were not the lowest scoring couple of the night with a 19. Jason Lewis and his partner Peta Murgatroyd scored an 18. Carrie Ann and Bruno awarded them fives, while Len and Derek gave them fours.

Here’s how the rest of the DWTS Season 31 contestants stacked up in week 1:

Shortly after the first episode of Dancing with the Stars ended, Vinny and Koko addressed fans on his Instagram Stories. “All right guys,” Vinny started. “Lowest score.”

He continued: “The judges were a little harsh on me. It wasn’t the most perfect dance; it wasn’t my best one. But thank you so much for voting for us — we’re still here. We’re going to bring it next week.”