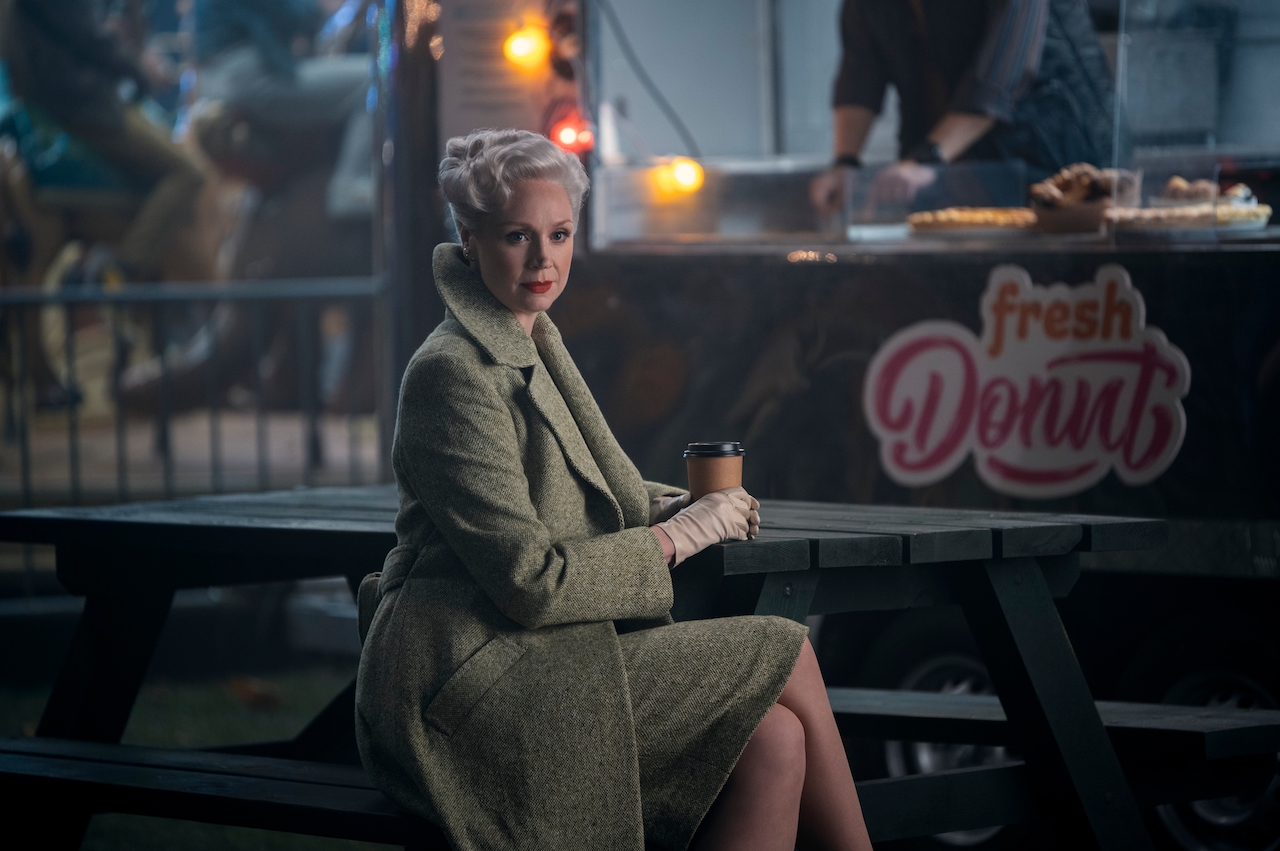 Tim Burton is back with the Wednesday Netflix series. Burton and the Addams Family seem like a perfect match. But Gwendoline Christie revealed her inspiration for Larissa Weems came elsewhere.

Who is Larissa Weems in ‘Wednesday’?

This *festering* new trailer is full of surprises. I know the suspense is killing you. pic.twitter.com/JmCVMBaDHP

RELATED: If the Cast of ‘Wednesday’ Looks Familiar, Here’s Why

Larissa Weems is the principal of Nevermore, a school full of outcasts with magical abilities. She also used to be Morticia’s (Catherine Zeta Jones) roommate when they attended the same school.

Weems keeps a close eye on Wednesday (Jenna Ortega) to make sure she doesn’t escape Nevermore. She also strives to have a good relationship with the mayor since the residents in the town don’t like outsiders.

One day until …. @wednesdaynetflix

Principal Larissa Weems is waiting for you…

RELATED: ‘Wednesday’: Tim Burton Handpicked Most of the Main Cast

Christie revealed Burton let her help create her character. They agreed with costume designer Colleen Atwood that Larissa would be styled as a “Hitchcock-style heroin” and a “screen siren.”

“We were looking at Tippi Hedren and Kim Novak,” Christie told Entertainment Weekly. “I wanted to push that idea. I like to transform into characters and people that are very far away from myself and I would never be cast as this part. It was an opportunity to create that and to inhabit that sort of impenetrable, imperious character with that classic idea of femininity.”

“But whereas Hitchcock heroines tend to have all sorts of trauma being exacted upon them, for this to be a woman who was in charge of her own fate, who was ruthlessly ambitious and who was willingly putting herself into dangerous and extreme situations, was exciting to me,” Christie continued.

The actor, of course, watched Hitchcock films to prepare for the role. She replicated how the heroines moved for her character.

Before the Netflix show, Christie played Brienne of Tarth on Game of Thrones. She was a knight who eventually protected Ser Jamie Lannister (Nikolaj Coster-Waldau). That means most of the time, Christie was seen wearing armor.

The actor openly talked about struggling with her look as this warrior. She cried for hours over her short haircut.

“It’s very hard as a tall woman to remove your deliberately pronounced feminine aspects and look more masculine,” Christie said, according to The Huffington Post. “But in service to a part I do absolutely love and I do believe is doing something to change notions of femininity, then it’s actually a pleasure.”

She also played Captain Phasma in Star Wars: The Last Jedi. This time she was covered completely as a …read more

Mike Nesmith Shares His Ultimate Musical Heartbreak: ‘I Was in Limbo’ After Exiting The Monkees