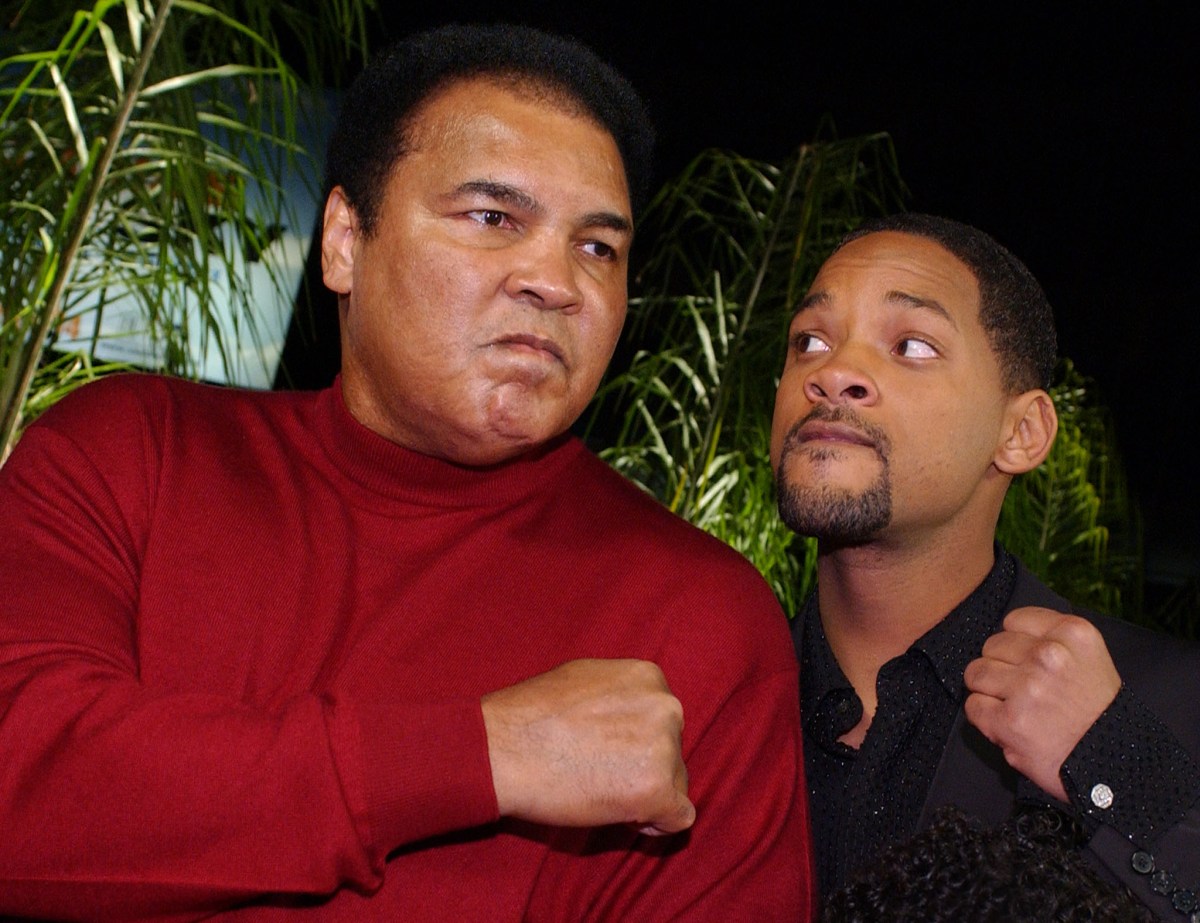 Despite the controversy surrounding him, it’s undeniable that Will Smith is a legendary actor. He’s dazzled fans in everything from comedic to dramatic roles. One of his most famous parts was as the Greatest himself, boxing legend Muhammad Ali. Not only did Smith act as Ali in the aptly titled biopic Ali, he practically became him. Smith’s accent was so accurate he fooled Ali himself.

Will Smith says ‘Ali’ was the pinnacle of his career

US former world heavyweight boxing champion Muhammad Ali (L) jokes with US actor Will Smith (R) who portrays him in new film “Ali,” at the movie’s premiere in Hollywood, CA, 12 December 2001. | Lucy Nicholson/AFP via Getty Images

Smith has a large body of work, that includes all kinds of roles. Yet when looking back on his career, he says Ali was one of his best films. According to ABC News, Smith didn’t want to take on the task at first. He was worried that expectations would be too high, and he would risk disappointing a lot of people, including himself.

Smith worked hard to train for the role. Ali was a lifelong athlete, but Smith only had two years to become him. Physically, Smith called the training process “excruciating” in a 2015 interview with Esquire. The emotional preparation was just as difficult. Ali led a difficult life, and faced racism at every turn, despite his undeniable success. Playing Ali wasn’t easy for Smith, but he managed to nail it. He was so spot on with Ali’s accent that the man himself couldn’t tell the difference between his own voice and Smith’s impersonation.

Muhammad Ali was fooled by Will Smith’s ‘Ali’ accent

Smith became Ali in every imaginable way. That included nailing his accent. Ali was born Cassius Clay in Kentucky in the 1940s. Not only did Ali have a somewhat Southern accent, but he also had a distinct cadence and rhythm to his speech. Smith studied his voice relentlessly, working directly with Ali himself. However, he refused to let Ali listen to his progress.

After three months of practice, Smith finally let Ali listen to his impression. According to ABC News, Ali was fooled by Smith’s accent. “He is a perfect actor,” Ali said of Smith. “I even thought he was me.”

Smith also immersed himself in Islam, Ali’s chosen religion. According to ABC News, Smith thought this was one of the easier parts of becoming Ali. “I picked up the spiritual aspects fairly easily. I understand the basic tenets of Islam, and I had an Islamic instructor,” said Smith. According to Smith, his extreme method process for preparing for Ali made him really feel like an actor, decades after he started his acting career.

Smith told Female that all the roles he had before Ali felt like an extension of the same character. Specifically, his Fresh Prince of Bel-Air character. Even though he was in vastly different movies, from Men in Black to Independence …read more