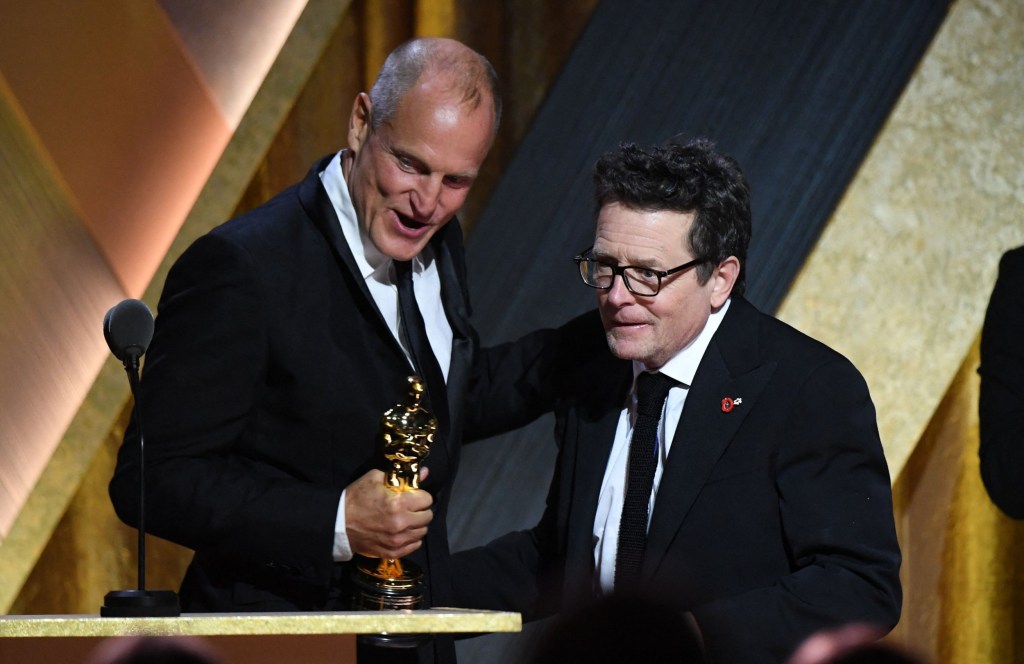 Woody Harrelson has revealed quite gruesome details from a decades-ago trip with Michael J Fox, and it involves the pair drinking actual cobra blood.

The Natural Born Killers actor shared the wild story from his friendship with the Back To The Future star before handing him an honorary Oscar at the 13th Annual Governors Awards over the weekend.

Offering up the anecdote to a star-studded audience, Woody let slip some tales from a 1989 trip to Thailand slip, exposing the pair’s antics.

He revealed they drank the snake’s blood mixed with Thai whiskey to the detriment of his friend’s weak stomach.

The actor explained: ‘Mike promptly vomited his snake cocktail – he never could hold his cobra blood.’

The Hunger Games star told the audience that he visited his friend on the set of Casualties of War before the duo headed into the jungle, where Michael came up with the bright idea.

The pair of friends visited the country in the 80s (Picture: VALERIE MACON/AFP via Getty Images)

According to Woody, the Annie actor gave someone ‘thousands of [Thai] baht, which probably amounted to about $16’ to take them safely off the beaten track.

They were then escorted to a place where they saw a fight between ‘a cobra and a mongoose’.

Woody said: ‘I didn’t believe it. I look in there and Mike is sitting next to this kid with dozens of cobras all around them ready to strike and — no jest.

‘And the kid was toying with these cobras.

Michael was being recognised for his work for Parkinson’s Disease (Picture: Kevin Winter/Getty Images)

Michael was supported by his wife Tracy Pollan as he accepted his award (Picture: Getty Images)

‘He taunted a bunch of these cobras and then he found the orneriest cobra, grabbed it by the neck, threw it in a cage with mongoose, where I saw the craziest fight I’ve ever seen between any animals other than studio executives.

‘You guys know I’m kidding… and the mongoose won, they took the snake, tied it by its tail, ran the blood out, half-filled four glasses with cobra blood and half with Thai whiskey.’

He further explained that drinking the blood is referred to as ‘becoming brother to the snake’, although Michael’s stomach wasn’t quite ready to adopt new siblings as he spewed up the dangerous cocktail.

Woody teased: ‘Mike and I drink lots of things together and he can hold his own — what can I say, he’s Canadian.’

The Dark Pictures Anthology: The Devil In Me review – the best till last

I’m A Celebrity 2022 final live: Start time, channel, and what are the latest odds?