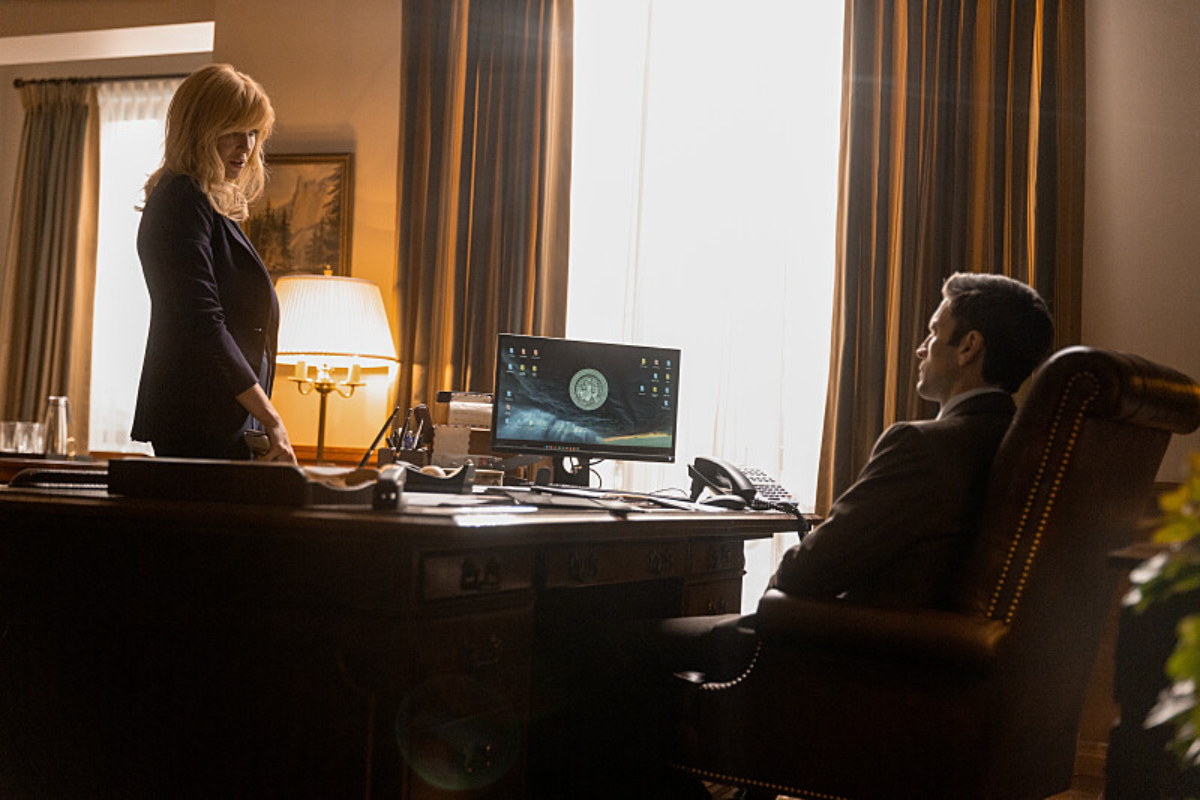 In the first episodes of Yellowstone Season 5, John (

Yellowstone Season 5 has seen the tension between Beth and Jamie Dutton quickly escalate in the first three episodes. After blackmailing her adopted brother in the season 4 finale, Beth now “owns” Jamie and is controlling his every move as Montana’s Attorney General on behalf of the Dutton Ranch. According to a Yellowstone teaser for episode four “Horses in Heaven,” the venom between Jamie and Beth is going to reach a boiling point.

In the first episodes of Yellowstone Season 5, John (Kevin Costner) and Beth (Kelly Reilly) have made it clear that they own Jamie (Wes Bentley) and his only job as Attorney General is to follow their orders.

John told his son, “You’re gonna do exactly what I tell you for the next four years.” Beth has issued numerous warnings and threats: “I’m gonna work you like a rented mule brother…Stop thinking you have a chance to earn redemption Jamie…You’re in my prison now…”

In a video titled “Inside Yellowstone Season 5” that was posted released ahead of the premiere, Bentley addressed the new Dutton family dynamic and promised things would get worse for his character.

“John winning the governorship for Jamie, it’s obviously devastating ’cause it’s been his path,” Bentley said. “Things between Jamie and Beth are only getting worse.”

Beth has been laser-focused on bringing down the Dutton family enemies in season 5, and she’s been looking for a fight everywhere she goes. In episode 3, she found one when a woman attempted to hit on her husband Rip (Cole Hauser). Beth ended up breaking a beer bottle over the woman’s head and punching her in the face before she was arrested by the new sheriff.

As the daughter of Montana’s new governor and the sister of the Attorney General, it’s not yet clear if she’s going to be able to get out of trouble like the Duttons have done in the past. But according to a teaser from the Sheridanverse, things will reach a boiling point between her and Jamie in the next episode titled “Horses in Heaven.”

How did things get so bad for the ‘Yellowstone’ siblings?

Jamie and Beth’s relationship has been strained ever since fans met them in the Yellowstone pilot. Throughout the seasons, fans have learned that a teenage Beth went to her brother when she got pregnant and asked him for help getting an abortion. But, when he took her to the clinic at the nearby Broken Rock Reservation, Jamie agreed to Beth’s sterilization without her consent.

Beth’s inability to have children because of her brother’s decision is the foundation of her hatred for him. It went to another level when Jamie’s biological father Garrett Randall (Will Patton) ordered a hit on the Dutton family, and Jamie didn’t do anything about it when he found out the …read more