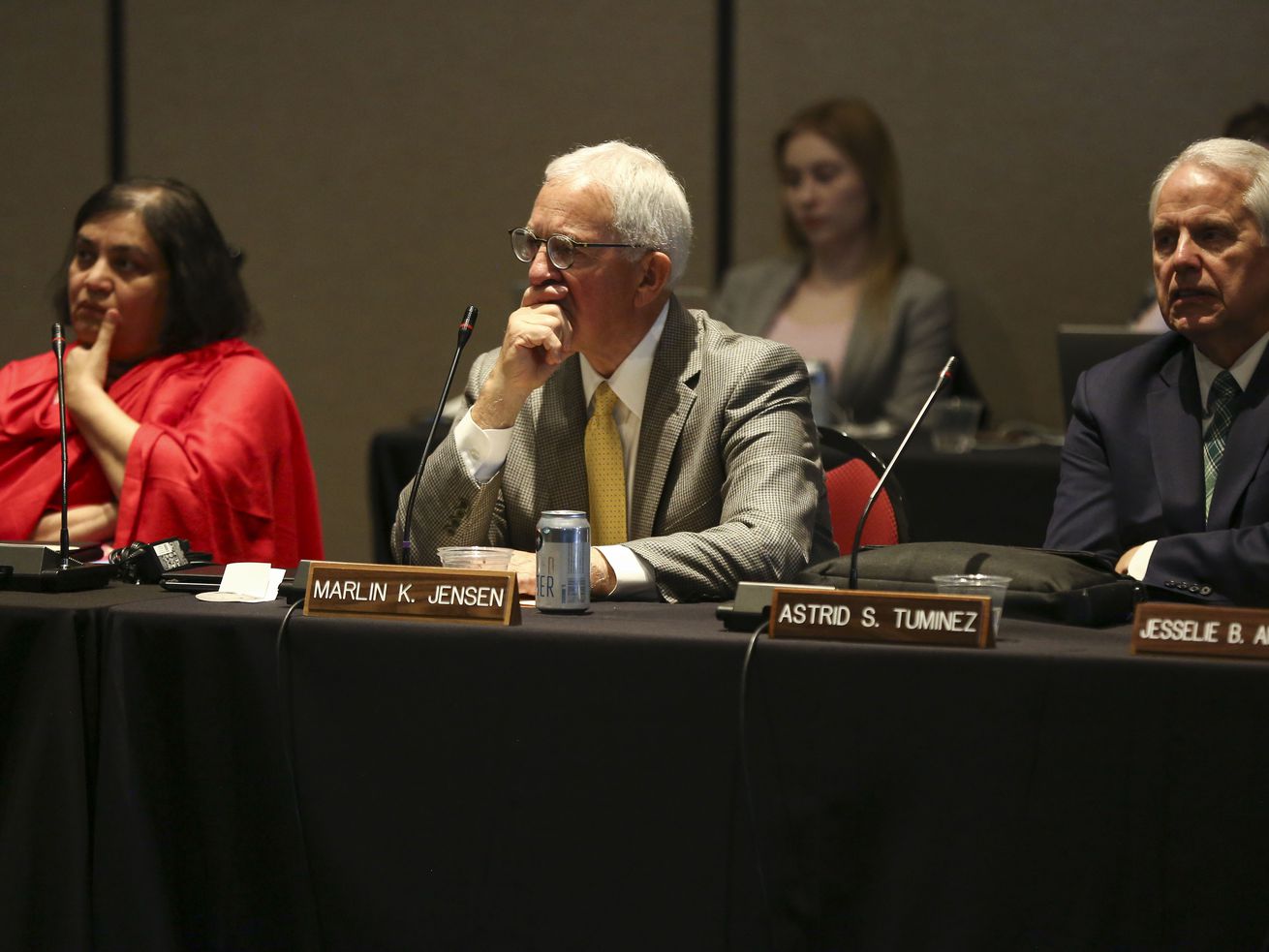 SALT LAKE CITY — As the Utah State Board of Regents convened its final scheduled meeting, Chairman Harris Simmons described the day as a “bittersweet” and “historical.”

Simmons’ father, Roy W. Simmons, was on the inaugural board of regents while his son served on the final board, a father-and-son bookends of sorts.

“All right, that’s the end of it, (a) long chapter,” Harris Simmons said as the board voted to adjourn for the final time.

The Utah State Board of Regents was created under the Utah Legislature’s Utah Higher Education Act of 1969 to “improve the welfare and education of Utah citizens.”

Peter W. Billings, the board’s inaugural chairman, noted in the board’s first annual report that its major achievement was taking a statewide view of the state’s colleges and universities.

“We are not serving as representatives of a particular institution or a particular geographic area, but as citizens of Utah interested in the welfare of the entire system,” he wrote.

A resolution recently approved by the board points to several of the system’s highlights.

At the time, the state’s population was just over 1 million.

By fall 2018, Utah System of Higher Education colleges and universities had a combined headcount enrollment of 189,093 students.

As enrollment has grown steadily over the past five decades, Utah’s public college and university campuses have also become increasingly diverse.

For the same period, the number of black students increased …read more

Australia keeps its borders closed—except for one group

What the top 25 colleges and universities in the US have said about their plans to reopen in fall 2020, from postponing the semester to offering more remote coursework