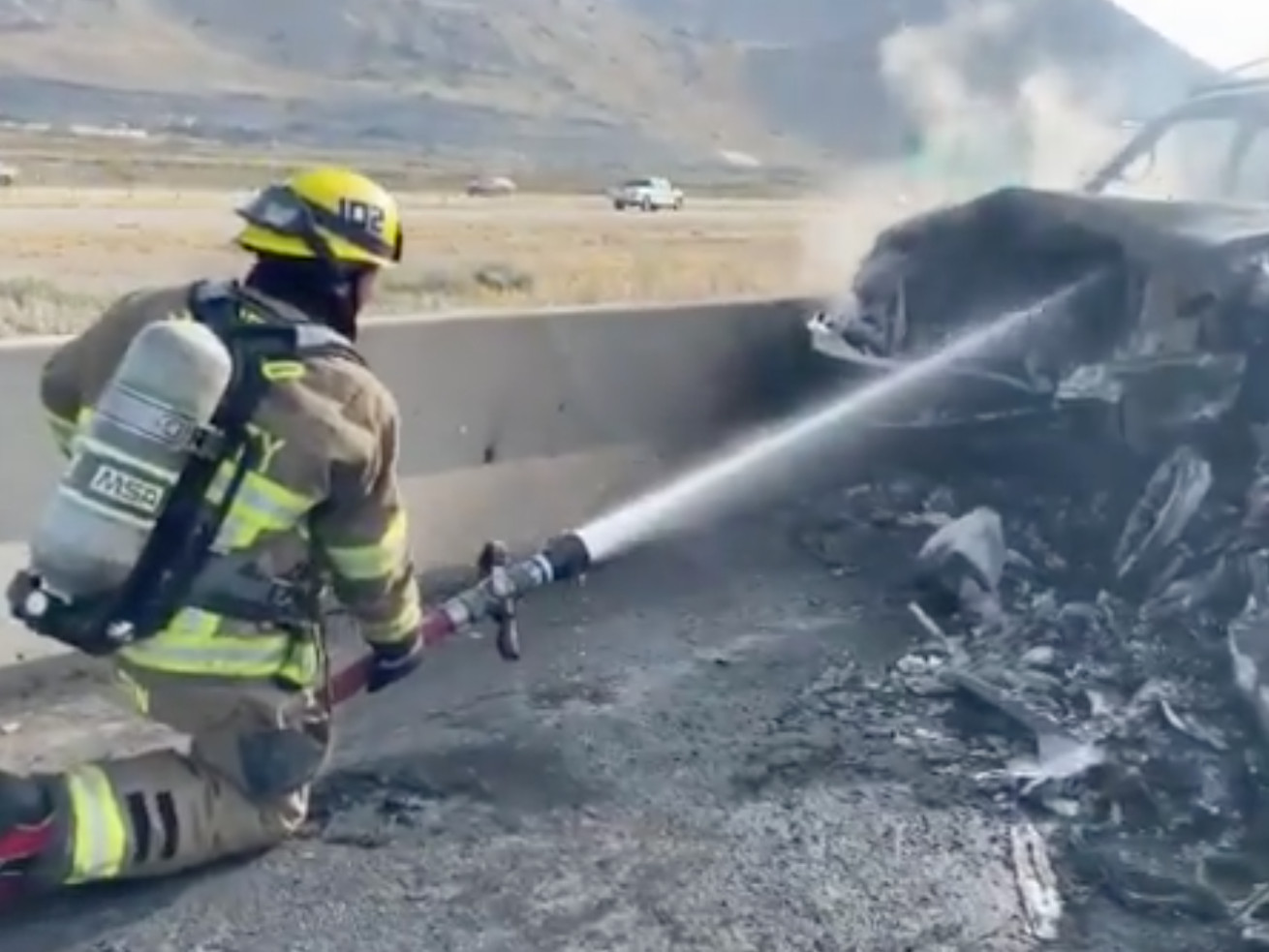 At about 4:20 p.m., Unified Fire crews in Magna were notified about a crash on the Frontage Road near the westbound lanes of Interstate 80, according to Unified Fire spokesman Ryan Love.

First responders arrived at the crash near Saltair to find two vehicles in flames — an SUV and a pickup truck towing a large camper — which sparked a small brush fire that Love said burned about one-eighth of an acre near the highway. By about 6 p.m. Tuesday the fire was out.

“Both vehicles were fully engulfed upon our arrival, there wasn’t much left to either of them,” Love said.

In total, nine people were taken to the hospital in various conditions, Love said. Additional details weren’t available and no fatalities were reported.

The crash is under investigation. Both Utah Highway Patrol and Unified Police were on scene Tuesday.

SHARES
ShareTweet
Why toilet-paper demand spiked 845%, and how companies kept up with it