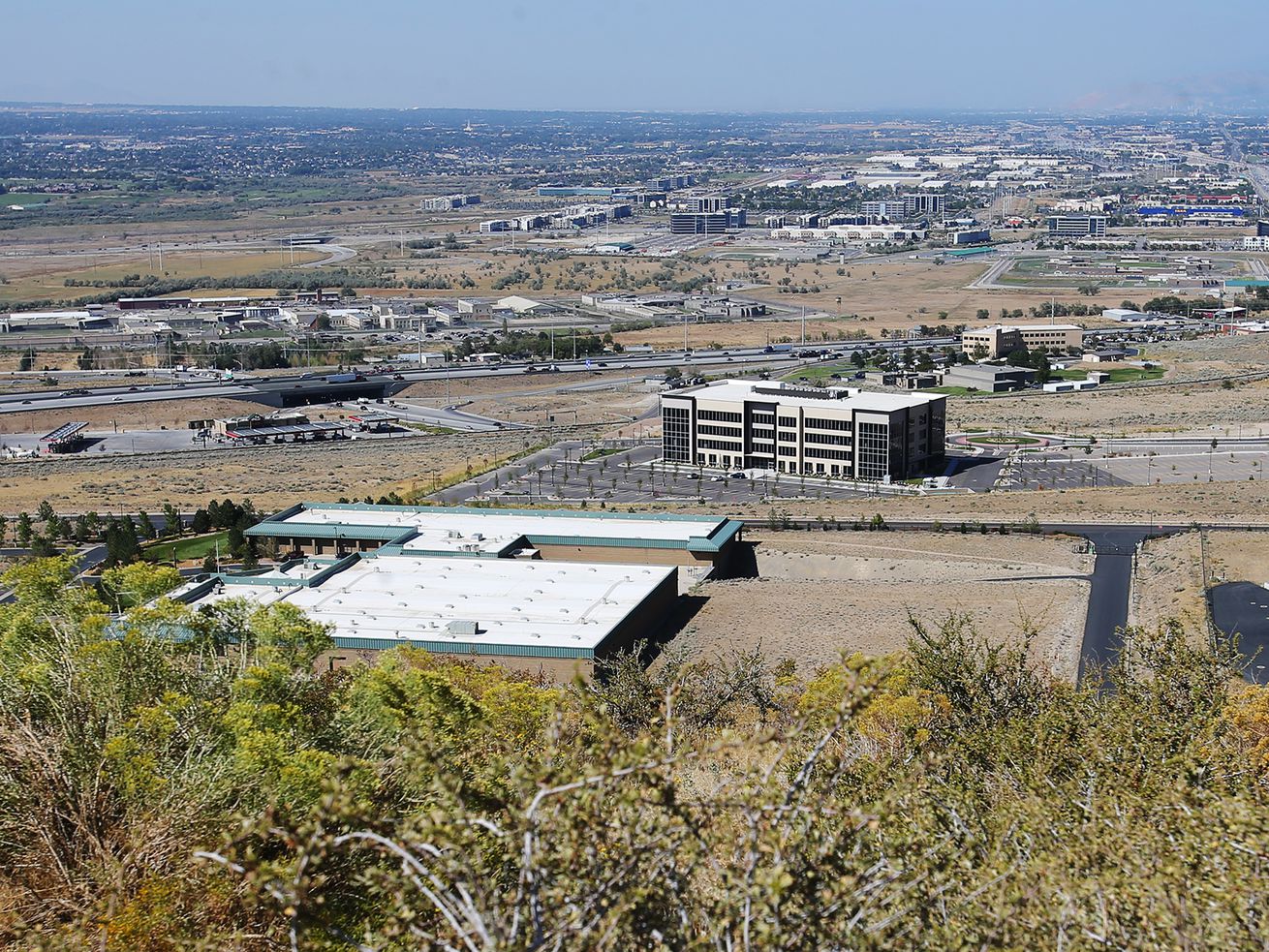 Businesses and development around the Utah State Prison at the Point of the Mountain in Draper are pictured on Friday, Sept. 11, 2020. | Scott G Winterton, Deseret News

DRAPER — Would you pay for something like an Eiffel Tower or a Space Needle in Draper?

What if it were planned in such a way that it became an international tourist attraction and still didn’t clog the freeway near the Point of the Mountain?

I know, I know — and what if pigs could fly, right? Well, maybe not pigs, but how about cars?

Whatever you may think about members of the Point of the Mountain Development Commission, who are trying to steer the fate of the Utah State Prison site once that facility closes in 2022, you cannot accuse them of not thinking big.

In fact, as they told the Deseret News and KSL editorial boards last week, their big worry is they won’t think big enough.

I don’t think that’s going to be a problem.

As regular readers of this column know, I have championed using part of that land as a large regional park.

I’m not talking about some grass, trees and swing sets. I’m not talking about trails through the foothills of the mountains. I’m talking about something with a grand entrance, acres of rolling green hills with trees, statues and other artworks, fountains, perhaps an amphitheater and maybe some carnival rides — the type of place you would load up the minivan on a Saturday and drive to so you could relax for hours.

Frederick Law Olmsted, the 19th century curator of New York’s Central Park, described such parks as the lungs of the city; a place that could “supply the hundreds of thousands of tired workers” with “a specimen of God’s handiwork.” We seem to have lost the vision many folks had in the 19th century.

So I was surprised when members of the commission seemed to fly right past Central Park and into the world of the Jetsons.

People in the meeting kept talking about flying cars or, perhaps more down to earth, a community in which cars no longer are necessary. A video presentation the commission produced shows strange animated people movers and odd-looking things in the air, surrounded by a research park serving up cutting-edge technology.

Lt. Gov. Spencer Cox, who co-chairs the commission along with Rep. Lowry Snow, and who is in the middle of a campaign for governor, told the editorial board he wants something so big it would become an international tourist attraction. When I said that kind of talk makes me think of Seattle’s Space Needle and surrounding science center, or the Eiffel Tower, he said, “That’s exactly the type of thinking!”

This isn’t just thinking out of the box, it’s throwing the box in the recycling can and tuning in SyFy on your cable provider.

Which, at this stage, is just fine, although I’d like to reserve a front-row seat to the first legislative hearing in which taxpayers statewide are …read more

Burberry will livestream its summer 2021 show on Twitch, becoming the first luxury fashion brand to broadcast on the platform