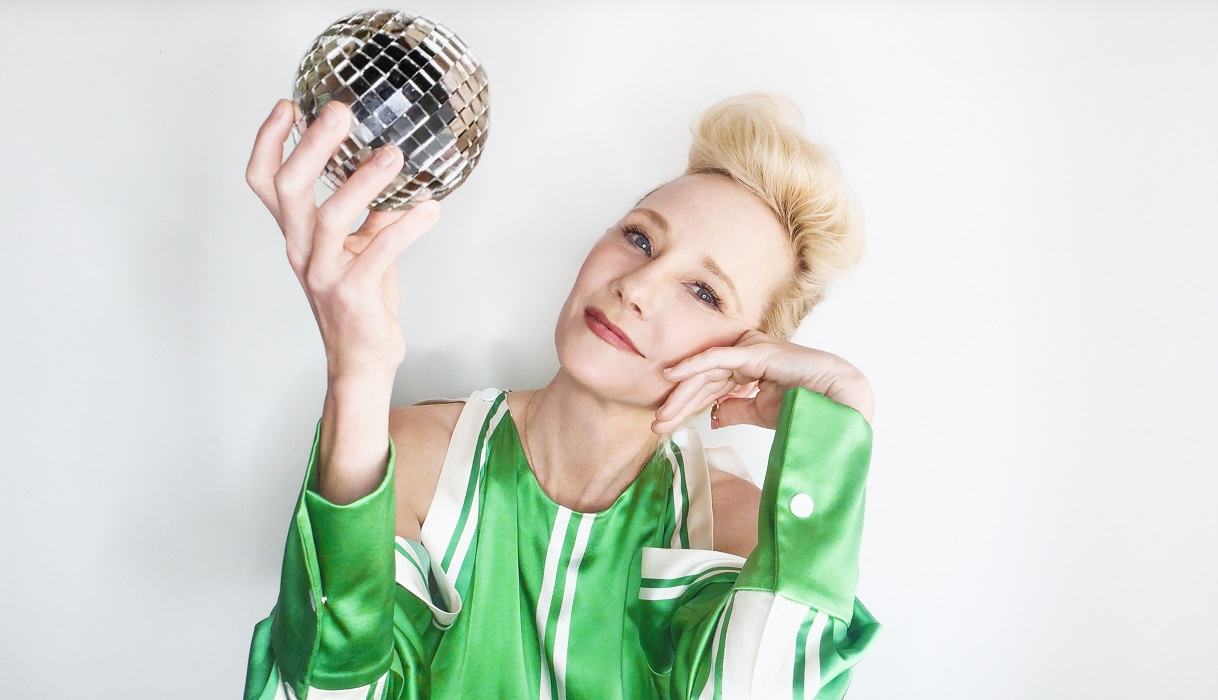 Dancing with the Stars is back for Season 29 with a new diverse lineup of celebrity contestants including NFL star and Super Bowl champ Vernon Davis, The Bachelor reality TV star Kaitlyn Bristowe, rapper Nelly, NBA legend Charles Oakley, and actress Anne Heche, among others.

En route to DWTS rehearsal Can you guess what my first dance will be? Tune in tomorrow on ABC.

Heche launched her acting career in 1987 as Vicky Hudson/Marley Love on the daytime soap opera Another World. She starred in Hollywood films including Donnie Brasco (Maggie), Wag the Dog (Winifred Ames, see photo below), Volcano (Dr. Amy Barnes), the 1998 remake of Psycho (Marion Crane), and John Q (Rebecca Payne), among many others. Heche most recently played Dep. Superintendent Katherine Brennan on Chicago P.D.

Heche is also known for dating Ellen DeGeneres from 1997 to 2000; when her film Seven Days, Seven Nights with Harrison Ford (below) was released.

Dancing with the Stars airs Mondays at 8 pm on ABC.

This video shows a crowd of anti-maskers ‘invading’ a Target in Fort Lauderdale, yelling ‘take your masks off’ and ‘we’re not going to take it anymore’