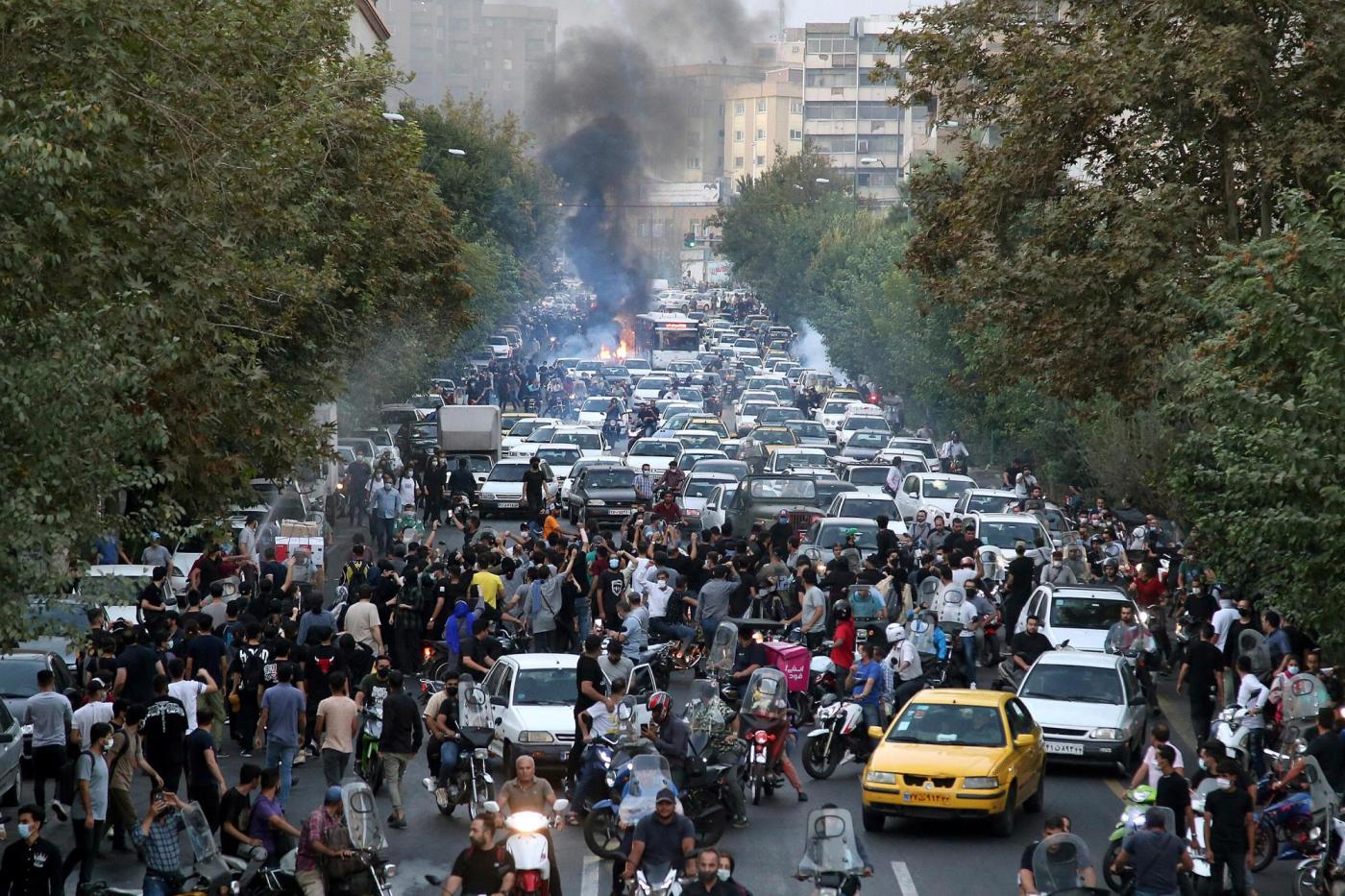 DUBAI, United Arab Emirates (AP) — Clashes between Iranian security forces and protesters angry over the death of a 22-year-old woman in police custody have killed at least nine people since the violence erupted over the weekend, according to a tally Thursday by The Associated Press.

The scope of Iran’s ongoing unrest, the worst in several years, still remains unclear as protesters in more than a dozen cities — venting anger over social repression and the country’s mounting crises — continue to encounter security and paramilitary forces.

To prevent protests from spreading, Iran’s biggest telecom operator largely shut down mobile internet access again Thursday, said Netblocks, a group that monitors internet access, describing the restrictions as the most severe since 2019.

An anchor on Iran’s state television suggested the death toll from the mass protests could be as high as 17 on Thursday, but did not say how he reached that figure.

In a country where radio and television stations already are state-controlled and journalists regularly face the threat of arrest, the paramilitary Revolutionary Guard urged the judiciary on Thursday to prosecute “anyone who spreads fake news and rumors” on social media about the unrest. Widespread outages of Instagram and WhatsApp, which are used by protesters, also continued Thursday.

WhatsApp tweeted that it was “working to keep our Iranian friends connected and will do anything within our technical capacity to keep our service up and running.”

The demonstrations in Iran began as an emotional outpouring over the death of Mahsa Amini, a young woman held by the country’s morality police for allegedly violating its strictly enforced dress code. Her death has sparked sharp condemnation from the United States, the European Union and the United Nations.

The U.S. government imposed sanctions on the morality police and leaders of other Iranian security agencies, saying they “routinely employ violence to suppress peaceful protesters.”

Iranian police say Amini died of a heart attack and was not mistreated, but her family has cast doubt on that account. Independent experts affiliated with the U.N. said Thursday that reports suggested she was severely beaten by the morality police, without offering evidence.

Niloufar Hamedi, a journalist who took photographs at the hospital after Amini’s death, was arrested on Thursday, according to the reporter’s lawyer, Mohammadali Kamfirouzi. He said her house was raided. There was no official comment.

The protests have grown in the last five days into an open challenge to the government, with women removing and burning their state-mandated headscarves in the streets and Iranians calling for the downfall of the Islamic Republic itself.

“Death to the dictator!” has been a common cry in the protests.

They are the most serious demonstrations since 2019, when protests erupted over a government hike in the price of gasoline. Rights groups say hundreds were killed in the crackdown that followed, the deadliest violence since the 1979 Islamic Revolution.

The latest protests are similarly widespread, but seem to have much broader support among the population, with Iranians of all walks of life expressing fury at Amini’s death and the government’s treatment …read more

How to make pistachio-crusted salmon, shrimp rolls and more