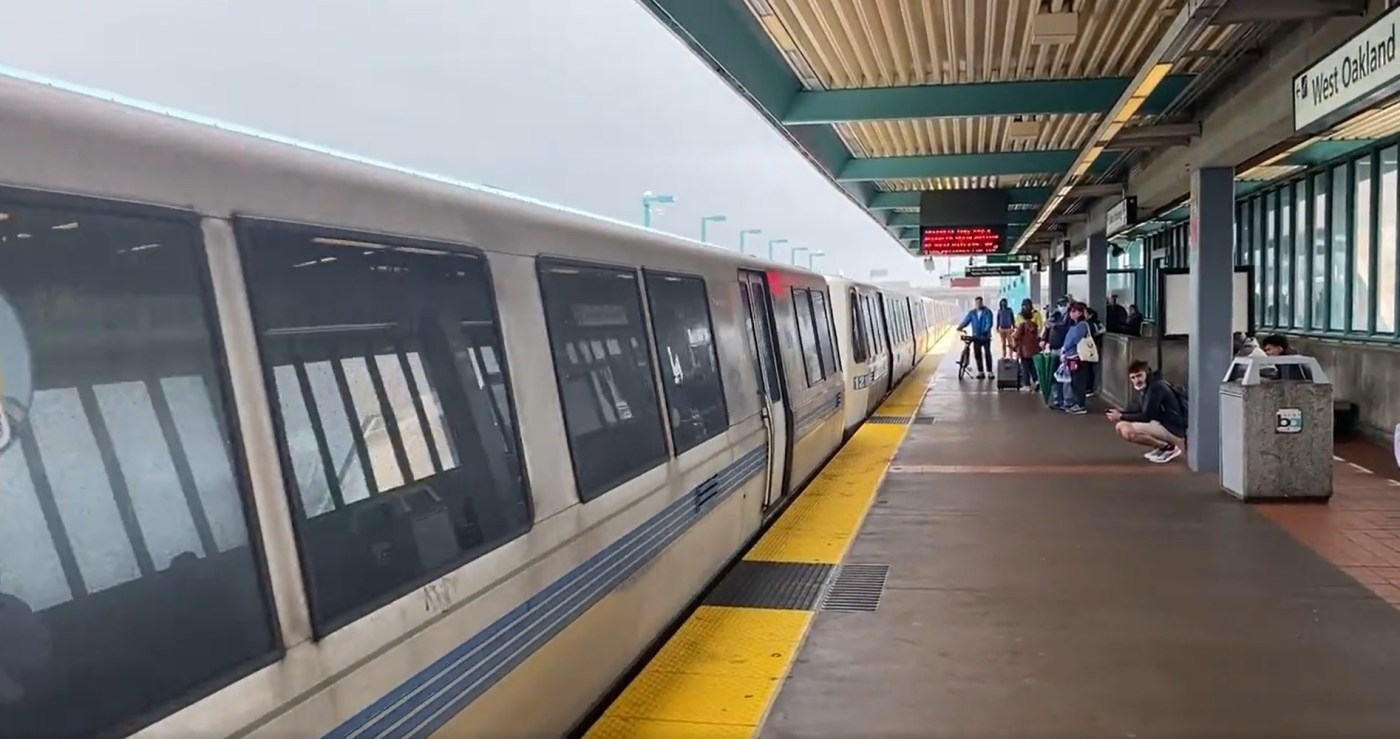 OAKLAND — BART resumed service between Oakland and San Francisco in the wake of a train breakdown, but widespread slowdowns hobbled the transit system even after the Transbay Tube was reopened.

Service in the Transbay Tube was reported to be shut down Sunday morning, according to a tweet by the BART Alert Twitter account that was posted at 11:11 a.m.

More than two hours later, BART reported that service was restored in the underwater transit tunnel that links Oakland and San Francisco.

“We have restored service through the Transbay Tube in both directions,” BART stated in a tweet that was posted at 1:25 p.m. on the BART Alert Twitter account.

At one point, BART had to form a 20-car train to tow a disabled train. The extra-long train rolled through the West Oakland station and was captured on video and posted in a tweet.

“We just towed the train that was stuck near West Oakland, the one that was blocking the track we need for full Transbay service,” BART stated in a tweet posted at 1:05 p.m. “We had been using only one track.”

BART stated that the working train and the disabled train that rolled through the West Oakland station formed a 20-car train.

Even though BART managed to tow away the disabled train near West Oakland, that didn’t mean that trains were immediately running smoothly in the BART system.

“There is a major delay systemwide due to an earlier equipment problem on the track in the Transbay Tube,” BART stated in the Twitter post at 1:25 p.m.