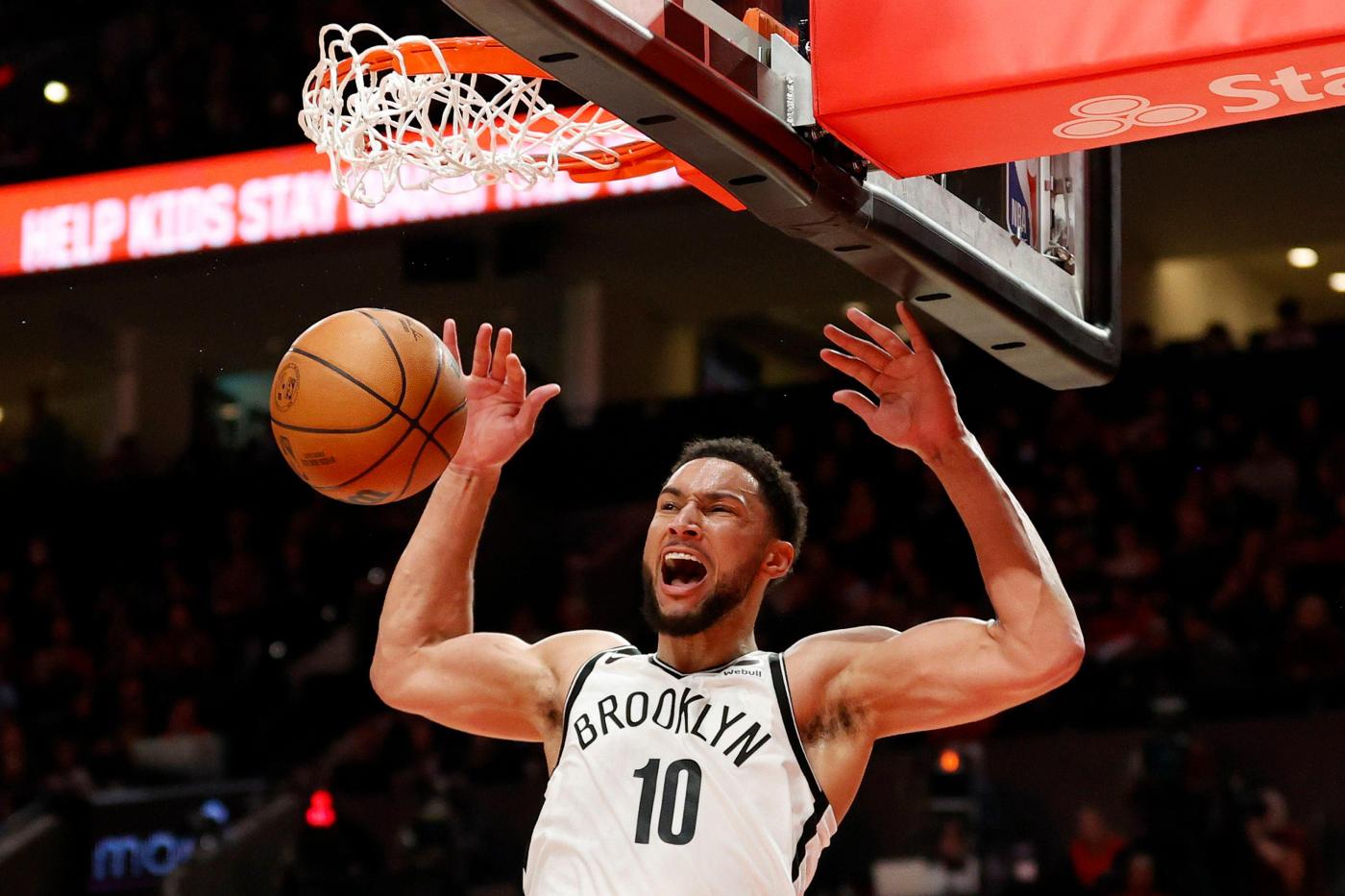 PHILADELPHIA — Nine hours ahead of tipoff in front of fans that will assuredly jeer him, against the team that threw him under the bus before trading him to the Nets for James Harden, star forward Ben Simmons said he can’t be worried about salty 76ers fans.

Simmons, who will play at the Wells Fargo Center in front of a world-renowned rowdy Sixers fan base for the first time since the 2021 NBA Playoffs, shrugged off the idea that fans are still disappointed he and Joel Embiid were never able to make it past the second round of the Eastern Conference playoffs during their time as a dynamic duo in Philly.

“What do I think about that? I mean, I can’t worry about everybody’s feelings,” he said at his old home arena after Nets shootaround on Tuesday. “At the end of the day, I’m not here to make everyone happy.”

And yet it’s a demon Simmons will need to exorcise: the vitriol guaranteed to spout from a fan base whose last memory of the All-Star forward was him turning down an open dunk on a game-swinging play that Embiid said cost the team the series in that fateful Game 7 against the Atlanta Hawks two seasons ago.

The feeling towards Simmons is so ingratiated in the city that Stateside Urbancraft — a local Philadelphia vodka distillery — allowed fans to trade-in their Simmons jerseys for a $20 store credit.

Just so they could be petty and donate all the Simmons jerseys to the homeless in Brooklyn.

“It’s going o be a hostile environment for Ben like it was last year,” said sharpshooter Seth Curry, who also arrived with Simmons in Brooklyn as part of the blockbuster Harden trade. “Philly fans are passionate. I’m sure they got some stuff they want to get off their chest when Ben’s out there on the floor.”

Simmons quickly said it’s not about him, that it’s about the team staying locked in to secure a victory that will inch them closer to .500 on the season. When pressed, he said he has no choice but to separate personal agendas from team success.

“Yeah, if we want to be a great team, I’ve gotta do that,” he said. “That’s on me to do that. Obviously, there’ll be a lot [of emotions from the fans], but I’ve got to do that as a leader of the team.”

Nets head coach Jacque Vaughn said after Sunday’s victory against the Memphis Grizzlies that the environment waiting at the Wells Fargo Center will be “great for” Simmons. As a reminder, Sixers fans waited outside of the Nets’ hotel to boo Simmons when the two teams faced off on March 10.

They also booed him while he was on the court for pregame warmups in a game he wasn’t playing.

“It’s just like Portland, where he had to step up and make free throws when they tried to foul, [and he] makes three out of four,” Vaughn said on Sunday. “It’s the same sort of mental and physical hurdle that he’s going …read more

My REAL ID application was stalled online, but I found a solution: Roadshow