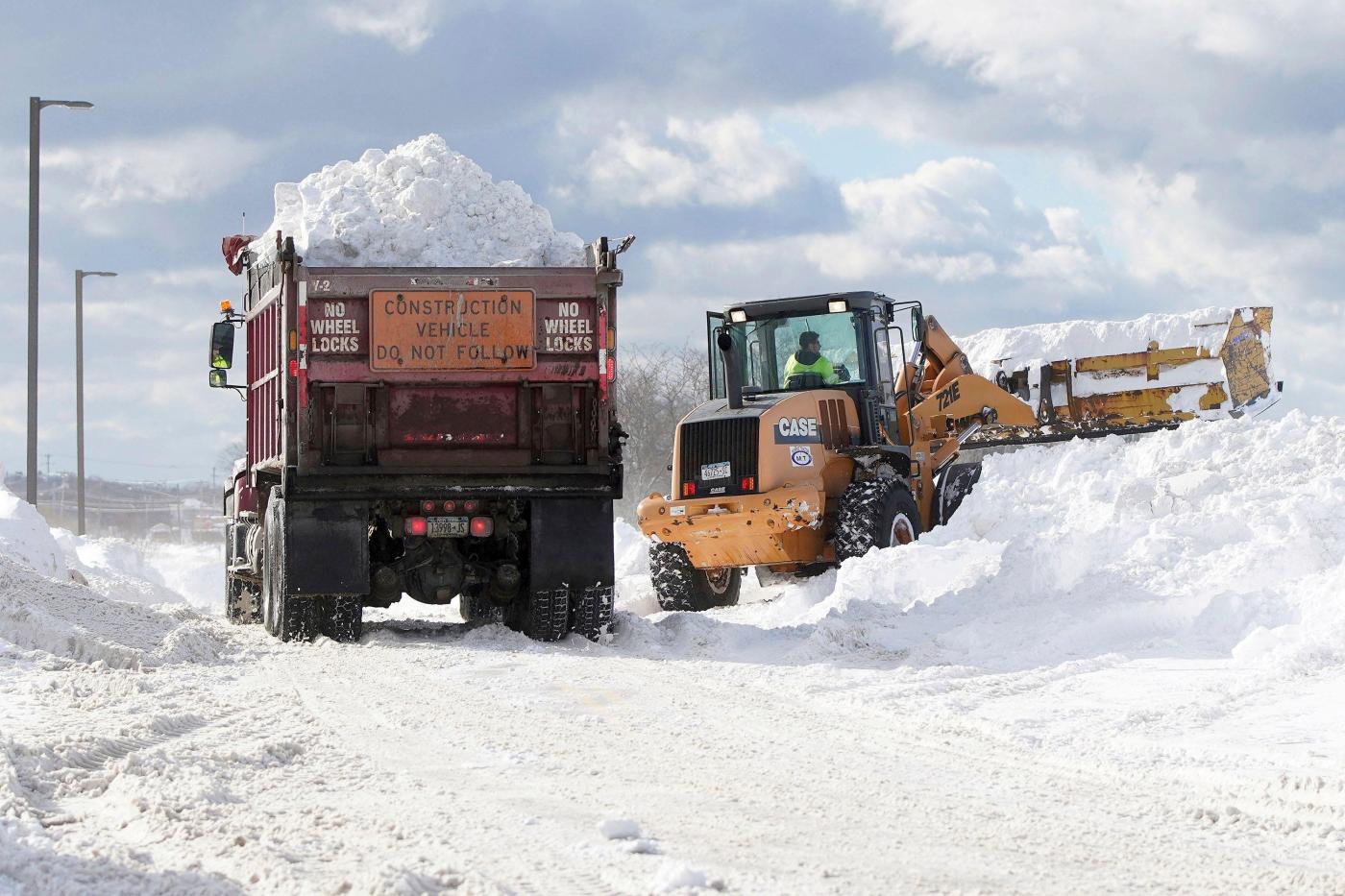 Western New York began to bounce back Sunday from a sprawling snowstorm that will go down as one of the biggest in state history.

Officials opened roads and lifted travel restrictions throughout much of the region amid clearer conditions Sunday after three days of torrential snowfall, but the bans remained in place for heavily affected areas such as Orchard Park, southern Buffalo and Hamburg.

Buffalo continued plowing snow and clearing streets after more than six feet of snow piled up in some towns. Many businesses remained closed in the area.

“This has been a historic storm,” New York Gov. Kathy Hochul told reporters Sunday. “Without a doubt, this is one for the record books.”

Orchard Park, a suburb of Buffalo where the NFL’s Bills play their home games, was hit the hardest, recording 77 inches of snow between Thursday and Saturday. The hamlet of Natural Bridge, meanwhile, was hit with 72 inches.

Originally scheduled to play Sunday in Orchard Park, the Bills instead faced the Cleveland Browns at Detroit’s Ford Field after the NFL moved the game due to the wicked weather.

Up to two more feet of snow could accumulate by Monday morning in areas that weren’t as significantly affected by last week’s weather.

Erie County Executive Mark Poloncarz tweeted Sunday that the storm set a new “record snowfall for New York State,” but didn’t specify which metric he was referring to.

Areas south of Buffalo experienced 7 feet of snow during a three-day storm in November 2014.

Jason Alumbaugh of the National Weather Service said it’s not clear yet if last week’s storm beat a 1966 record for snow in a 24-hour stretch, when 50 inches accumulated in Camden, N.Y.

Schools will remain closed Monday throughout much of western New York, including in Buffalo, Orchard Park and Hamburg.

At least three people have died as a result of the storm, including a snowplow driver whose vehicle rolled over in Hamlet, Ind., officials said.

“Unfortunately, we must report the passing of two Erie County residents — associated with cardiac events related to exertion during shoveling/snow blowing,” Poloncarz tweeted Friday. “We send our deepest sympathies and remind all that this snow is very heavy and dangerous.”

They said it: Not liking the rules of the game