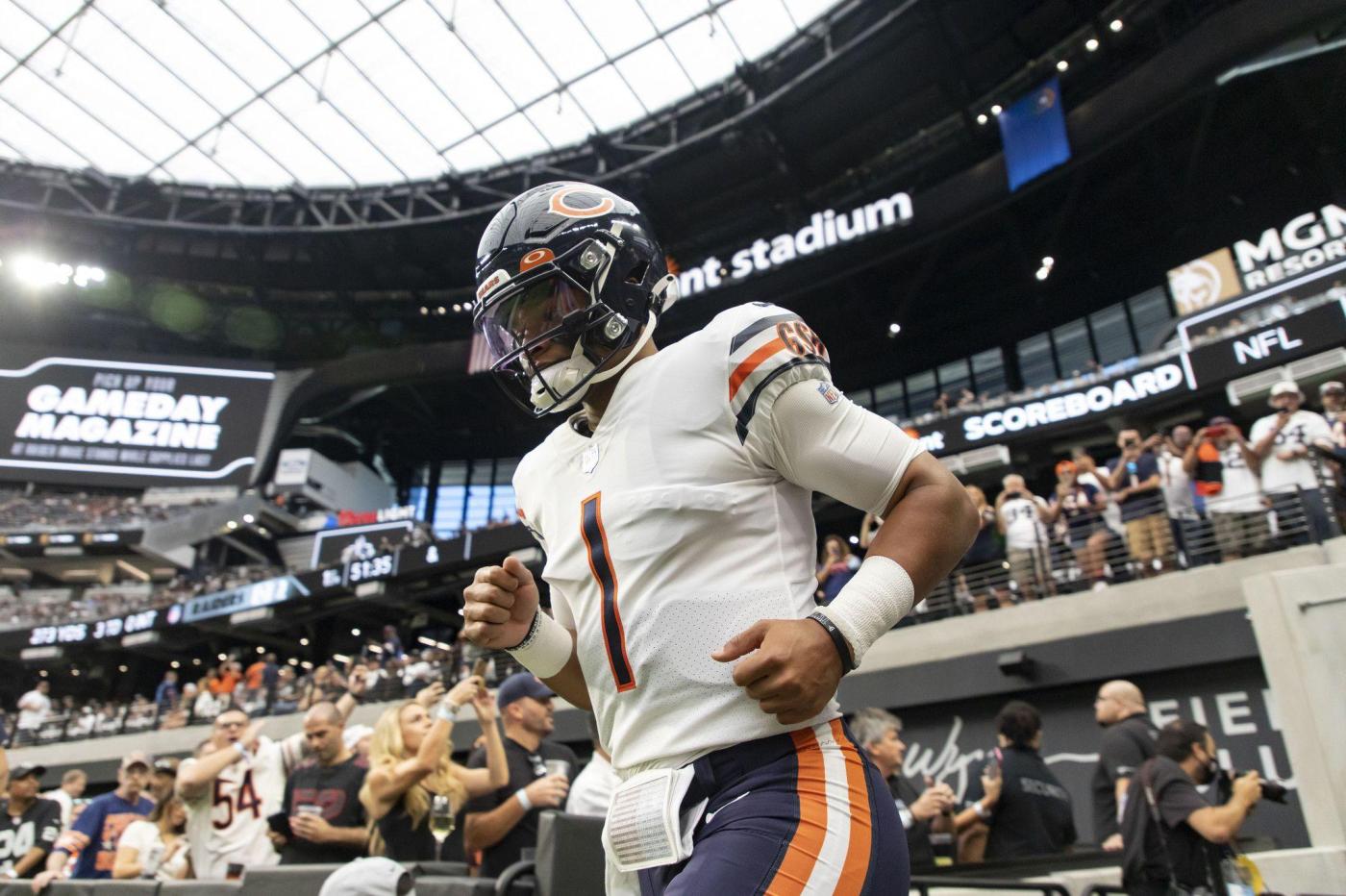 Coming off a fourth straight defeat and a left shoulder injury to quarterback Justin Fields, the Chicago Bears are facing several questions. Brad Biggs is facing questions too, albeit from readers who want to know if Fields is being used the best way and if the Chase Claypool deal will come back to haunt the team.

Like a lot of people, I’m a little baffled by the handling of Justin Fields on Sunday and, honestly, for the whole season. Correct me if I’m wrong, but it seems as if the narrative has been this: Despite having an incredibly gifted and athletic quarterback and an offseason to prepare for that, offensive coordinator Luke Getsy and coach Matt Eberflus came into the season basically treating Fields more like a traditional quarterback, and the offense for the first several weeks was awful. I know there were other reasons for that too (bad O-line, iffy receivers), but you weren’t seeing these designed QB runs or seemingly anything creative that fit Fields’ skill set. They finally started doing that and the offense took off, but it seems like they’ve now swung too far in the other direction and it culminated with that final drive play calling with an obviously beaten up Fields being asked to run even more. Am I way off the mark here? — Andy B., Chicago

The Bears started adding more designed QB runs to the offense in Week 7 at New England but it’s not as if these were not in the playbook. Fields had 14 carries against the Patriots after running 12 times the week before in a miserable loss to the Washington Commanders. The difference was more of the rushes were designed against New England versus scrambles against Washington. He had eight carries at Dallas, 15 against Miami, 13 against Detroit and then a season-high 18 in the loss at Atlanta. Many of the designed runs have taken Fields out of harm’s way and he has taken fewer big hits on those. The Falcons did a nice job of playing the zone read and the hits added up Sunday.

I dispute the idea Getsy wasn’t creative with Fields early in the season. We saw moving pockets, sprint outs, bootlegs, play action, all of that stuff was being called. The Bears were not executing it as well. There has been a slight uptick in play action since the New England game, but there isn’t a big variation.

I think we’ve searched for some magic explanation for why an offense that wasn’t doing much right suddenly started scoring, averaging 29.6 points over the last five games. It’s a boring answer, but I think they got a little bit better at doing the little things right collectively and certainly Fields’ ability as a runner was highlighted in an exciting and productive way. The biggest thing that jumps out is an offense that was brutal on third down through the first six games — 35.6% — has been on fire the last five games, converting at a …read more