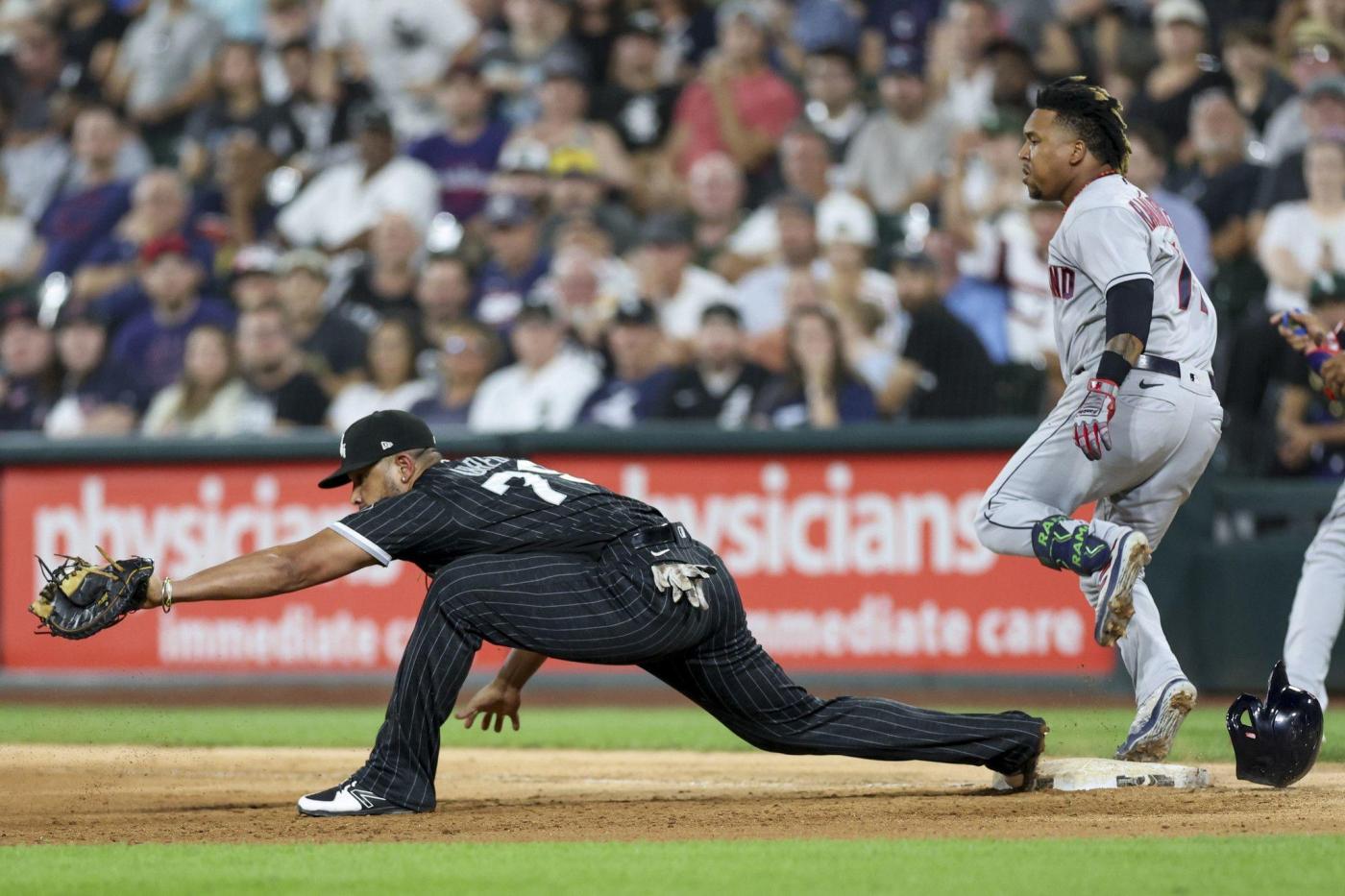 The Guaranteed Rate Field crowd knew the magnitude of the moment as José Abreu faced Emmanuel Clase with the tying run on second in the 10th inning Tuesday.

Abreu singled to right-center, scoring Elvis Andrus to give the Chicago White Sox hope in a must-win situation against the Cleveland Guardians.

“We played, we fought, just didn’t get it done,” Sox outfielder AJ Pollock said. “It’s frustrating, but it’s baseball and get back at it (Wednesday).”

Myles Straw broke the 5-5 tie with a two-run double against Jake Diekman. Steven Kwan followed with an RBI single, José Ramírez brought in a run with a sacrifice fly and the fifth run scored on a stolen base/throwing error as the Guardians handed the Sox a devastating defeat in the American League Central race.

The Sox trail the Guardians by five games.

“The whole game, that’s on me,” acting manager Miguel Cairo said. “We lost so that’s on me. Our players fought really hard and they did their job. I didn’t do my job.”

“I should have made better moves,” he said. “We lost the game so it’s on me.”

Pollock did not agree with that assessment.

“We had a bunch of stuff,” Pollock said. “I had a funky (defensive) play in the (second). Trying to make an aggressive play and got caught in a weird spot, and it was probably a double and it ended up being a triple, and the run that ended up scoring was a big run.

“A couple missed opportunities throughout the game. A couple defensive miscues. It was execution on our end for sure. (Cairo), I thought he did a good job of getting the guys out there and putting guys in the right spots. We just didn’t win.”

The night began after a 40-minute rain delay with AL Cy Young Award candidate Dylan Cease on the mound for the Sox. He got through some early bumps and allowed one run on four hits with three strikeouts and three walks in six innings.

“I feel like we were ready,” Cease said. “I think if anything me not being efficient, if I’m efficient maybe I go seven or eight and save some arms. I would say that’s as big of a reason as why we lost as anything.”

He received defensive help from second baseman Josh Harrison, who made spectacular plays — one on a grounder and the other a soft liner — to rob Amed Rosario of two hits.

The run Cease allowed came in the second. Andrés Giménez began the inning with a slicer to left. Pollock tripped while running for the ball, and Giménez reached third for a triple. He scored on a sacrifice fly to right by Austin Hedges.

Pollock played a role in helping the Sox take the lead in the sixth.

Andrus led off the inning with a single. He stole second, …read more