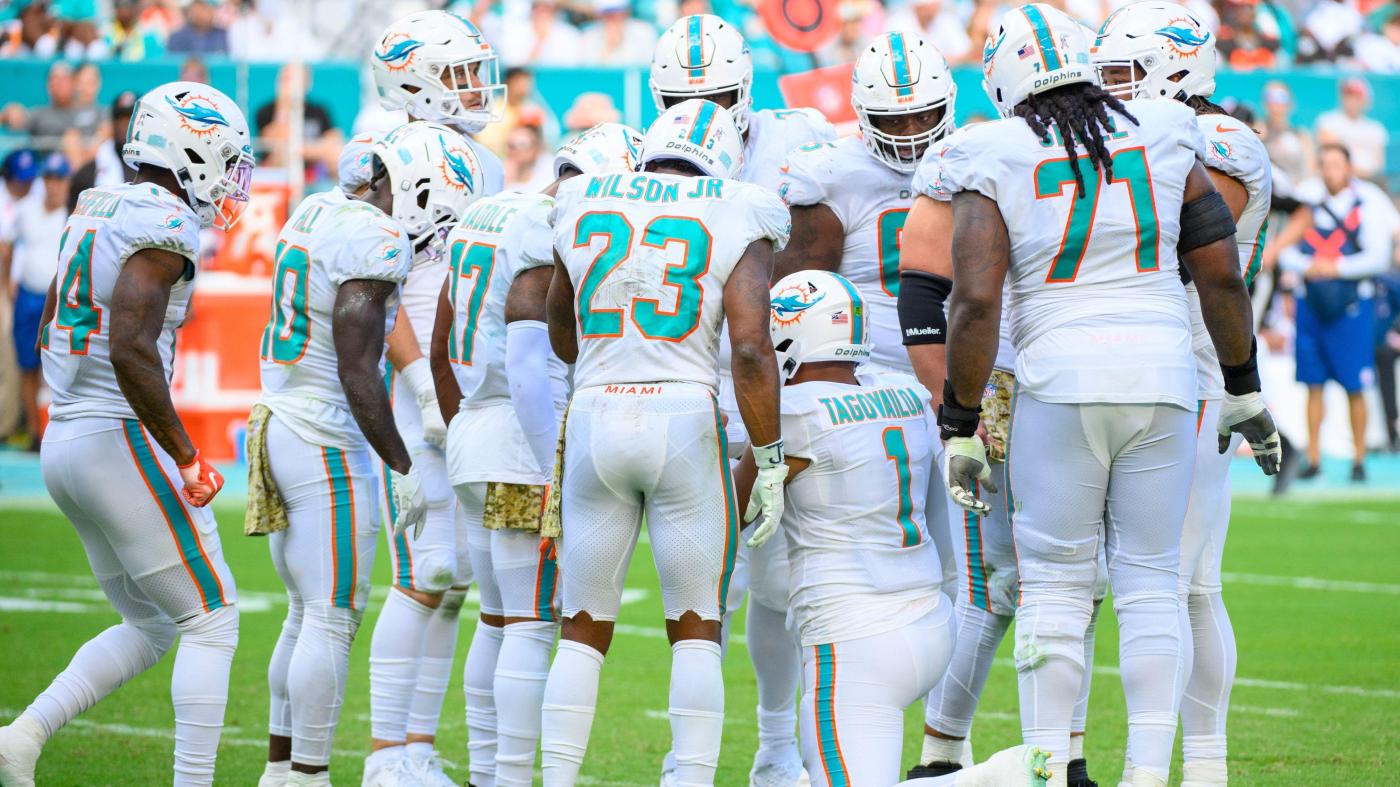 Let’s see if the Dolphins offense can continue finding different ways to win, a skill that will come in handy down the line. Quarterback Tua Tagovailoa has been among the NFL’s best in the past three weeks with a passer rating of at least 135.0 in each game while totaling nine touchdowns and no interceptions. In the meantime, running back Jeff Wilson Jr. rushed for 119 yards in the 39-17 victory over Cleveland on Nov. 13, the pass protection unit hasn’t allowed a sack in the past two games, and eight players caught a pass vs. the Browns.

In other words, the offense is showing amazing diversity, especially when you consider wide receivers Tyreek Hill and Jaylen Waddle combined for just nine receptions, 110 yards and one touchdown against Cleveland. Recently, the run game has been effective, the passing game has been effective, and the same is true for pass protection, run blocking, execution and play-calling. Of course, the Dolphins have been playing the so-called “soft” part of the schedule, but consider this in-season training for the rough part of the schedule, which comes after the Houston game.

Dolphins fans are familiar with Texans defensive lineman Jerry Hughes from his days with Buffalo (2013-21). Hughes is tied for 10th in the league with 8.0 sacks. He moves from side to side so Dolphins left tackle Terron Armstead and right tackle Brandon Shell will be busy. The Dolphins will also have to be aware of the Texans’ stunts up front.

Armstead has done a great job this season against elite pass rushers but we’ll see whether Shell, who has done well, can keep things going for a pass protection unit that’s only allowed two sacks the past three games (both against Detroit) and none in the past two games. Recent history has shown if the Dolphins can keep Tagovailoa upright and out of danger, good things will happen in the passing game.

Houston, which is starting quarterback Kyle Allen instead of Davis Mills, has allowed 28 sacks, tied for 10th-most in the league. The Dolphins’ 20 sacks are tied for 26th in the NFL, but they’re still experimenting with ways to effectively use their pass-rushing trio of edge rushers Bradley Chubb, Jaelan Phillips and Melvin Ingram. We’ve seen the trio used in various ways the past two games, since the Dolphins acquired Chubb in a trade-deadline deal from Denver.

Temperatures to plummet next week thanks to polar air mass

Pedestrian struck by Metra UP Northwest train in Arlington Heights